Health & Medicine
Many of us can expect to live longer than previous generations. We might also surmise that one of the top five causes of mortality will prove our demise. Ultimately, however, most causes of death are linked to ageing, an inevitable process for which we have no direct measurement. Professor Séverine Arnold, of the University of Lausanne, has provided a potential indirect measure of ageing using cointegration approach to model the unpredictability of each cause of mortality. By modelling the links between causes of death, we can possibly show the trends in human ageing itself. Such insights have profound implications for the future of human populations.

The American polymath Benjamin Franklin is famously credited with saying that nothing in life is certain except death and taxes. As an inescapable fact of life, knowing when and how we’ll die is of interest to many of us. Mortality rates – the proportion of deaths in a population over a unit of time – have declined in many countries over the last century. In real terms, this has translated into more than 30 additional years of life for an average UK citizen living in 2020 than one living in 1920. Modern data collection and analysis methods have also enabled us to identify the main causes of mortality in a population, by examining population level trends from the past. Such analysis has been of primary interest to those ultimately tasked with managing an ‘ageing population’, such as governments, public health bodies, and the insurance industry, because decisions taken based on today’s data will impact on tomorrow’s public expenses.

As it is known that different causes of death have different development patterns, the use of cause-specific mortality rates is then an improvement over simple ‘all-cause’ mortality, because it allows for an enriching of the model with additional information. However, this additional information causes a problem for mathematical modellers, as it inherently requires more assumptions to be made about more variables if it is to provide any improvement over current all-cause estimates. Another significant issue is that many causes of mortality are inherently linked by the all-encompassing phenomenon of biological ageing, a progressive loss of normal body functions that reduces the capacity of the human body to repair itself and fight off illnesses over time. While biological ageing is a well-known concept, it is still not well understood.

Improvements in the fit of statistical models is like improving the fit of a pattern for making a jumper.

Using cointegration to model mortality
Professor Séverine Arnold of the University of Lausanne has developed a new approach to analysing historical trends in mortality by applying the statistical method of ‘cointegration’: a way of testing the sensitivity of two or more variables to the same set of conditions over a specific period of time. Her approach focuses on the trends in stochasticity – randomness or unpredictability – in the most common causes of death. By explicitly incorporating the stochasticity into the model, Professor Arnold is able to deduce the strength of the links between the different causes of death in different contexts. She is then able to model the long-term trends in these links to explain universal trends in mortality.

This new application of cointegration can be thought of as a fine-tuning tool that specifically accounts for the dynamic nature of specific variables, thereby making its predictions more closely fit the patterns seen in different human populations. Such improvements in the ‘fit’ of statistical models is like improving the ‘fit’ of a pattern for making a jumper. The main advantage of improving the statistical fit via cointegration over other approaches, for example those based on individualised risk factors, is that it relies on the unpredictability in the causes of death over time. In practice, this bypasses the problem of acquiring the large amounts of real-world data that are needed to model the true dependency structure between specific causes of mortality.

The central feature of the cointegration method is an assumption that the linear combination between two or more variables itself is stationary over time. In other words, that two different causes of mortality are inherently related in a fixed way over the course of time. Furthermore, the long-term equilibrium between the two variables can be represented by the specific metric of a cointegration relation. Such metrics have been readily applied in the field of econometrics to other long-term trends in interest rates, consumption, and income, but Professor Arnold is the first to apply this method to specific causes of mortality. Cointegration has the potential to reveal both long- and short-term trends in the relations between specific causes of mortality. Such trends could arise from changes in health care provision or lifestyle in different countries or from genetic differences in the biological causes of ageing in different populations. These changes might impact positively or negatively the cointegration relations. Establishing the cointegration relations of cause-specific mortality in countries with similar socioeconomic backgrounds can provide the basis for extending the approach to different countries, and ultimately move towards the goal of predicting future trends in cause-specific mortality.

Dependence between causes of death
Most recently, Professor Arnold and colleagues have developed cointegration methods further, by examining the non-fixed part of the dependence between different causes of mortality and modelling these trends between the sexes and across different countries of comparable development. They used data from the World Health Organisation Mortality Database to examine the rates of mortality for infections/parasites, cancer, circulatory diseases, respiratory diseases, and external causes (accidents and incidents) in males and females in USA, Japan, France, England and Wales, and Australia.

By identifying the sources of stochasticity common to all five causes of mortality, Professor Arnold was able to statistically ‘isolate’ them. Then she used principle-components analysis – a statistical method of reducing the number of variables in a model – to identify the primary connection between those five specific causes of mortality, and then between countries, in a two-stage process.

If such methods come to prove a ‘biological’, rather than ‘chronological’ age, this could have profound implications for individuals.

At least one cointegration relation was observed between countries, suggesting that the five countries all shared some underlying feature of specific causes of mortality, most likely based on the universal features unique to the biological processes of ageing. Interestingly, the stochastic factors were not cointegrated between the sexes, indicating important differences in the biological ageing of males and females that need to be acknowledged in the assumptions of the models for each.

Biological and chronological ageing
Professor Arnold and her colleagues also showed that the long-term cointegration relations were primarily driven by deaths from cancer, circulatory illnesses, and respiratory diseases, but not those related to infections/parasites, or accidents and incidents. These so-called endogenous factors (arising from within) appear to form consistent clusters in cointegration methods, confirming the potential for this method to measure the fundamental processes common to humans in different populations. These insights can be directly useful to those with an interest in refining the assumptions behind mortality rate models, improving the statistical fit of models to real data. In the wider sense, the ability to extract the unpredictable aspects of mortality rates and find universal stochastic trends between internal, or biological, causes of mortality suggests that cointegration can bring us closer to modelling ageing itself. At present, cointegration can only show the historic trends in dependence between different causes of mortality, and until we can confirm that the trends identified match true biomarkers of ageing, this will remain a retrospective examination of past trends. Future reconciling of these two indicators would enable researchers to fully realise the potential of statistical modelling for identifying the biological processes of ageing themselves.

If such methods come to prove a ‘biological’, rather than ‘chronological’ age, this could have profound implications for individuals, as well as society more broadly. For example, how do we balance the inherent risks of specific causes of mortality with those related to more environmental causes of mortality, like air pollution and car accidents? Is it fair to penalise or reward an individual for their genetic lot in life? These are difficult questions for the insurance industry, governments, and public health bodies to address.

How do you think the improvements in modelling from cointegration will affect the consumers of insurance industry products?

<>
More and more researchers around the world are trying to better understand ageing or our biological age. A key aspect of it is to look for biomarkers of ageing. We took a different, complementary approach, as we believe that lots of information can be extracted from cause-specific mortality data. If we manage to show the link between these universal factors that we extracted through cointegration and ageing, that could potentially reveal how ageing processes evolved in the past and how then they might evolve in the future. If ageing is meant to be postponed, life insurance products will need to be completely redesigned, as well as retirement schemes, health care systems, etc. The whole society will need to be reorganised!

Cointegration of causes of mortality as a possible measure of human ageing was last modified: September 28th, 2021 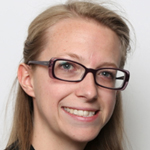 Séverine Arnold is Professor in Actuarial Science at the University of Lausanne, Switzerland. Her research focuses first on longevity risk/mortality modelling, with a particular interest in cause-specific mortality rates, second on social security financial systems, and third on inclusive insurance. She also regularly cooperates with the International Labour Organization on projects related to insurance.

The impacts of cause-specific mortality rates on financial systems. 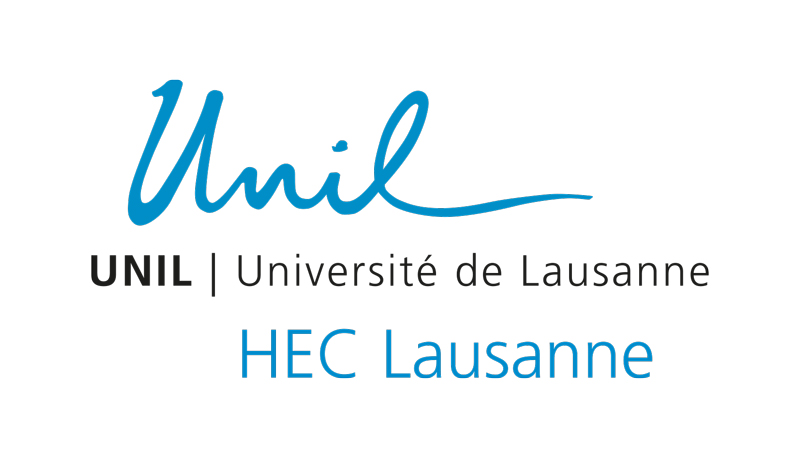