Behavioural Sciences
On most days of the week, the business news will carry a story of at least one Fortune 500 CEO leaving their role; some for the next big role in a gilded career, others less willingly leaving behind the pay and the perks, and thinking about how to make the most of a less than stellar track record. For the company, and in particular the board of directors, the immediate challenge is succession. What skill set is needed and who might be out there? For Dr Anthony Nyberg, of the Center for Executive Succession, Darla Moore School of Business, University of South Carolina, and his colleagues, examining the process by which boards recruit a new CEO has identified some fascinating insights.

Knowing how to choose new people for a company is a challenge that is never finished. Strategies for finding and choosing talent are as diverse as the pool of people available; and approaches to the task range from the primeval ‘gut instinct’, to a battery of personality, reasoning (verbal and numerical), and structured evaluations.

When that ‘job’ is the role of CEO in, say, a major Fortune 500 company, the stakes are immense. A square peg in a round hole can quickly break a company; an inspired leader, on the other hand, can breathe new life into a drifting business hulk.

So, how does the board of one of these top companies go about the process? The question is intriguing because, surprisingly, selecting a new CEO is often the most important and direct involvement that the board has with the actual operations of the business.

In day-to-day business, the CEO runs the company and reports to the members of the board. For those board members, it is often true that their knowledge of the intimate details of the business, that is above and beyond what the interested public might know, is subject to what the CEO shares with them.

But board members have a fiduciary duty to the shareholders, a duty to act in the best interests of the company, and that means finding the CEO who is the very best fit. The incumbent CEO has the same fiduciary duty but their legal duty, except in rare circumstances, ends when they leave the job.

The challenge
The ‘gut instinct’ approach to selecting a CEO is less prevalent (although perhaps not as much as we would like to believe – especially in smaller companies), driven by the great strides in equal opportunity legislation, the highly expensive risk of prejudice law-suits and the enlightened, if belated, recognition of the value of diversity.

For the top companies, that burden of responsibility has been greatly expanded by the growing focus on corporate governance and the legislation that has blossomed in the wake of numerous public corporate scandals.

But procedures are not only driven by the threat of ‘getting it wrong’, they are also demanded by the basics of best practice in a highly competitive world.

Take the case of McDonalds in 2004. Tragically, their highly successful CEO, Jim Cantalupo, suffered a fatal heart attack overnight on 19 April 2004, at just 60 years of age. By 9:30 am the next morning, the McDonald’s board named Charlie Bell as his successor in the role (Gibson and Gray, 2004). The Economist magazine (2004) immediately described the speed of reaction as “a board acting at its finest”.

The focus of Dr Anthony Nyberg and his colleagues is not how company boards respond to tragic events or unforeseen legal scandal, but how, in all situations, they prepare for and go about the absolutely foreseeable need to eventually find a new CEO.

We begin planning for the next CEO succession the first day our CEO takes office.

The title of their paper captures the key issues well: “Planning for future leadership: procedural rationality, formalized succession processes, and CEO influence in CEO succession planning”. This problem is increasing in importance as CEO tenure rates in large-cap (S&P 500) companies are falling: a median of 5 years in 2017 compared to 7.5 years in 2013 (Marcec D, 2018).

That means that for many companies this is a frequent challenge, or, as one of the study’s respondents stated: “We begin planning for the next CEO succession the first day our CEO takes office.” To this end, we are concerned far more with the strategic responsibility of succession planning than the mere act of person replacement.

Procedural rationality
Behaviour is considered procedurally rational when it follows a level of informed deliberation, a deliberate set of processes designed to reach an informed decision. It is closely aligned to the psychological construct of bounded rationality and, indeed, rationality as a component of any human behaviour.

Finding that special person with the particular skill-sets demanded by the ever-changing technical challenge, the charismatic leadership qualities that can turn a moribund culture into a highly innovative and disruptive market leader, and a track record that will persuade the investors to pay the premium necessary takes time – often a lot of time.

Much of that time will be spent reaching a consensus on ‘what’ is required, before the board can even start the process of putting some possible names to the question of ‘who’. In the current context, CEO recruitment, there is considerable evidence that an approach based on procedural rationality will lead to a superior outcome compared to less considered approaches.

So, in this element of the study, the research team hypothesised that formalised CEO succession planning would increase the likelihood of considering more than one CEO successor candidate, of having an internal candidate and of drawing on external help and would reduce the anticipated time needed to name a permanent CEO.

These elements have multiple benefits: considering multiple candidates helps avoid a knee-jerk reaction to find an exact replica of the existing CEO; internal candidates may well come with a wealth of industry market experience, understanding of the culture, and very often, a lot of relevant and potentially beneficial ideas; and independent expert involvement can plug gaps in the existing CEO and board’s knowledge and experience to effectively ‘design’ the role of the next CEO.

And timing? In the example of McDonalds, described above, if the board had started the process only on hearing of Jim Cantalupo’s death, a lot of momentum would have been lost from his successful strategic initiatives. The fact that scenario and contingency planning were a key part of the McDonald’s board approach meant that the momentum continued. Procedural rationality must have a period for informed deliberation if the outcome is to be positive and planning ahead is key.

The incumbent CEO
The CEO may well act as gatekeeper for the level, quality and objectivity of the information that is made available to the board. That can be a highly significant issue in trying to ensure an effective, procedurally rational process.

There are many reasons why a new CEO may be appointed. In many cases, the incumbent CEO outgrows their existing employer. As an even higher flyer, their advice and involvement could be critical to the board in forming the template for succession. At the other end of the causal scale is the CEO who has failed to deliver results or, even worse, those whose self-interest, or belief in their own infallibility, has not only ruined their own careers (and possibly, freedom) but may also have done terminal damage to the brands they fronted. Without the Enron Corporation and Arthur Anderson, there may be no Sarbanes-Oxley!

No matter how strong your internal person is, you must do an external search to ensure you have the best.

So how involved should the existing CEO be in the process of selecting their successor?

Here the research team hypothesised that CEO influence in succession planning processes would reduce the likelihood of considering more than one CEO successor candidate, of having an internal candidate and of drawing on external help, and would increase the time needed to name a permanent CEO.

They reasoned that CEOs often already have a good idea of who their replacement should be, that as natural leaders they do not always like taking advice and that involvement and influence of the existing CEO can make a big difference to how long the whole process takes. A value of procedural rationality is that it helps to lead to more systematic decisions; thus, even if speed is of the essence, having a systematic approach in place still makes it more likely that a good decision will be reached than if such an approach is not in place. 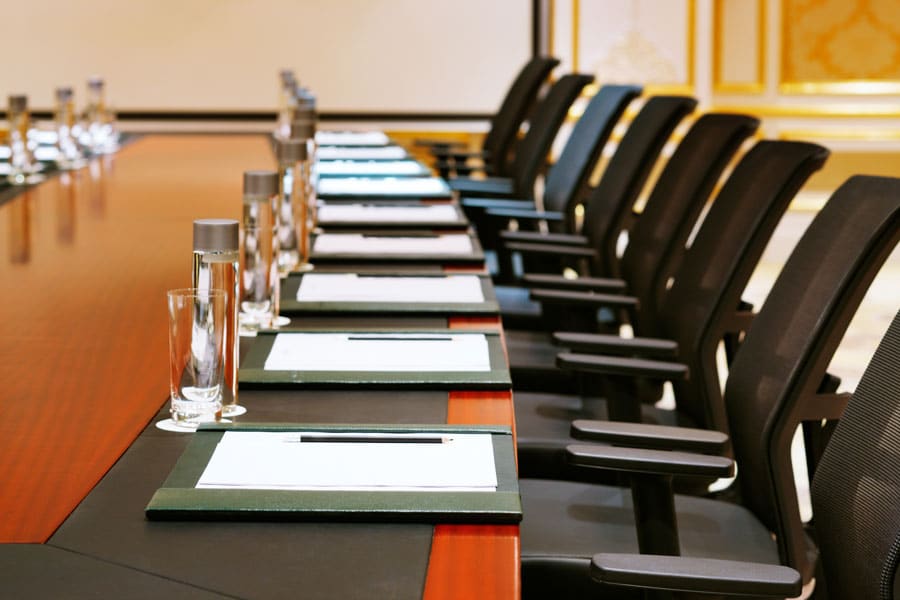 Testing the hypotheses
To test these theoretically generated hypotheses, the researchers conducted in-depth qualitative interviews. To this, they added unique survey and archival data from 355 firm-year observations of 218 large organisations, collected over three years. The results were analysed using multiple techniques to ensure the study’s findings were robust.

Conclusion
The study’s findings supported the first set of hypotheses, that formalised CEO succession planning would increase the likelihood of considering more than one CEO successor candidate, having an internal candidate and drawing on external help, and would reduce the anticipated time needed to name a permanent CEO.

The researchers’ work supports the need for procedural rationality well in advance of the start of the recruitment process to help boards ensure a successful CEO succession.

Do you think the involvement, or not, of the incumbent CEO, should be formally voted on by the remaining board members?

No. It is impossible to keep a CEO entirely out of the process, nor, in general, would a board want to keep the CEO out. The CEO ought to have great knowledge about the abilities and skills of potential candidates (particularly internal candidates) and an understanding about the requirements for filling the job. Additionally, CEOs are inherently involved because they are frequently in charge of providing potential candidates with development opportunities. The key is to create a successful partnership based on trust and collaboration between the board, who owns the process, and the CEO, who champions it internally.

In search of the perfect leader: Selecting the next CEO was last modified: January 15th, 2020 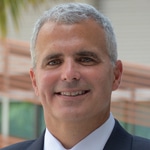 Anthony J. Nyberg is a Professor and Distinguished Moore Research Fellow in the Darla Moore School of Business. His primary research examines how firms compete through people, specifically the strategic role of pay in the attraction, emergence, retention, and motivation of human capital resources, including the top management team.

Dr Nyberg and his colleagues have examined the processes which boards use to choose a new CEO.

The research this article shares is the result of a collaboration between DJ Schepker, Anthony Nyberg, Patrick Wright, and Mike Ulrich.

Nyberg A. 2019, "In search of the perfect leader Selecting the next CEO." Research OUTREACH (111). Available at: https://researchoutreach.org/articles/in-search-of-the-perfect-leader-selecting-the-next-ceo (Accessed YYYY/MM/DD)