Diabetes is a global health problem expected to affect nearly seven percent of the world’s population by 2035. Treatment broadly focuses on regulating glucose levels, and an increase in the range of pharmacological options means that it is usually possible to manage the condition. However, diabetes cannot be cured. Professor Yoshifumi Saisho from Keio University, Japan, advocates moving the focus away from glucose levels and towards protecting pancreatic beta cell mass – the cells which produce insulin – to prevent patients from developing type 2 diabetes and to promote a healthy lifestyle.

Diabetes mellitus is a growing health problem worldwide, accounting for over 10% of global all-cause mortality, and costing an estimated $727 billion in healthcare expenses as of 2019. If diabetes is not properly managed it can lead to serious damage to the body, including the heart, kidney, eyes, and nerves, and type 2 diabetes can increase the likelihood of developing cancer and dementia. Diabetes results when the level of blood sugar (glucose) in the body is too high for too long, and the body is incapable of reducing the levels naturally. Glucose comes from the food we eat and is usually absorbed for use as energy, but absorption is regulated by insulin. Insulin is produced by beta cells in the pancreas (production is triggered by the presence of glucose) but in people with diabetes either there is too little insulin produced or the body tissues don’t react properly to the insulin, and the glucose isn’t absorbed.

Type 1 diabetes (T1DM) is caused by an autoimmune condition where the body’s immune system attacks the beta cells, and so without beta cells little to no insulin is produced. Type 2 diabetes (T2DM) is thought to be caused by obesity or over-nutrition, and characterised by insulin resistance – when the body tissues are less sensitive to insulin and so don’t absorb enough glucose. T2DM is diagnosed when blood glucose levels reach a certain threshold, and treatment focuses on maintaining a healthy glucose level (glycaemic control) through medication and lifestyle changes which must be adhered to for the rest of the patient’s life. However, Professor Yoshifuni Saisho recommends moving away from this “gluco-centric” approach to T2DM and towards a focus on the insulin-producing beta cells, as a way to improve outcomes for patients with diabetes and to prevent the development of T2DM in those who are at risk.

Professor Saisho suggests that instead of focusing on glucose levels, patients and doctors should focus on beta cell protection.

Beta cell workload hypothesis
By the point at which a patient is diagnosed with T2DM they will have lost around 50% of their beta cell function (used as a proxy for beta cell mass, which is difficult to measure), either through cell death or cell dysfunction. This is irreversible, and means that insulin production is too low to maintain a healthy blood glucose level.

The process by which beta cell mass might be lost is not clear, but Professor Saisho proposes a “beta cell workload hypothesis”, which suggests that overwork could cause dysfunction in beta cells. In an obese patient, beta cells are required to produce large amounts of insulin to trigger the absorption of the high glucose intake. Body tissues may then develop insulin resistance, and so the beta cells have to work even harder to produce enough insulin to trigger glucose absorption.

This overwork could cause some beta cells to become impaired or die, which then puts even further stress on the remaining cells. And so as more beta cells die the workload on the remaining cells increases, creating a downwards spiral of beta cell function/mass. When insulin production drops too far and glucose levels become too high, then the patient is diagnosed with diabetes, and at this point the beta cells may also be at risk from the toxicity of hyperglycaemia (high glucose), causing even further decreases in beta cell mass. After T2DM diagnosis a patient will continue to lose around 5% of their beta cell function each year, which leads to more difficulty controlling glucose levels and a necessary intensification of treatments.

Beta cell-centric approach
A beta cell-centric concept of diabetes has already led to the development of new treatments for T2DM. Medications based on the actions of incretin (a hormone which triggers insulin production and lowers the rate of glucose absorption from food into the bloodstream) work largely by improving beta cell function, although they can also keep patients feeling fuller for longer after eating. Incretin-based medications act through a glucose-dependant process, which means they alter insulin production relative to the amount of glucose in the bloodstream. This is important because other treatments such as sulphonylureas induce high insulin production regardless of how much glucose is present, risking hypoglycaemia (low blood sugar) and further damage to the beta cells. Therefore, incretin-based medications are lower-risk than other possible treatments, and they can help to preserve beta cell mass in order to maintain glycaemic control.

SGLT2 inhibitors are another group of medications now available to treat T2DM. They work by increasing the amount of glucose that is removed in a patient’s urine, and so are thought to reduce the pressure on beta cells. They have been shown to help reduce body weight, and they reduce the risk of heart problems (which is higher in people with diabetes).

Lifestyle changes
However, lifestyle changes are still the most important factor when treating T2DM. Weight loss through reduced food intake and regular exercise reduces beta cell workload and increases the body tissues’ sensitivity to insulin. The difficulty with this comes from the fact that diabetes cannot be cured so people with diabetes must maintain these behaviours over their lifetime, and T2DM is a progressive disorder (in particular due to the continuous loss of beta cell mass) which means that glycaemic control will inevitably worsen over time and patients can feel that their efforts are pointless and stop treatment or revert to old lifestyle habits.

Professor Saisho suggests that instead of focusing on glucose levels, patients and doctors should focus on beta cell protection. A beta cell-centric concept of diabetes would help patients to understand that the disease is progressive, but that they can take action to delay the further dysfunction of beta cells and keep their quality of life better for longer. It may also help to put patients and doctors on the same team in a fight to protect beta cells (as opposed to the patient feeling alone in trying to maintain glycaemic control, with the doctor only there to reprimand them if they fail), and to encourage action quickly after diagnosis.

The idea of beta cell karoshi could motivate people to make better choices to protect their beta cells, lowering their risk of developing diabetes.

Preemptive action
Even better would be steps taken before T2DM diagnosis to prevent the development of the disease. Patients diagnosed with “prediabetes” are at a high risk of developing T2DM, but currently they may not receive intensive or immediate treatment as their condition isn’t as serious as those who have been diagnosed with diabetes. More effective treatment of those with prediabetes could prevent them developing T2DM, as intervention before the loss of beta cell mass is too great can normalise glucose metabolism. Professor Saisho hopes that by encouraging the use of a beta cell-centric concept of diabetes people will be encouraged to protect this finite resource, and he suggests the use of two terms – karoshi and mottainai – to educate and encourage action to prevent diabetes.

Karoshi and mottainai
Karoshi is a Japanese term that means “death from overwork”, referring to when people suffer a sudden death (usually from heart attack or stroke) caused by the stress of a heavy workload. Beta cell karoshi is the same idea – that the beta cells in your pancreas die due to the stress of trying to manage all the work we place on them with excess eating. Professor Saisho believes that popularising the idea of beta cell karoshi will motivate people to make better choices to protect their beta cells, and hopefully lower their risk of developing diabetes.

Mottainai is the Japanese equivalent of the environmental slogan “reduce, reuse, recycle”, except that mottainai also includes the fourth idea of “respect”. The term is used to protest the waste of resources, and encourage people to act in a more sustainable way to save the Earth. Professor Saisho proposes that this can also be applied to beta cell protection to promote a healthier and more sustainable lifestyle, and that we reduce beta cell workload, respect our bodies, and save the pancreas.

Do you think the number of new cases of T2DM could be reduced through popularisation of ideas like beta cell karoshi and mottainai?

<=”acceptedAnswer”> Yes. Education and changing our mind are both important for changing lifestyles and society. The use of digital apps to manage a healthy lifestyle will be useful tools to help promote this concept. The development of digital apps based on the concept of beta cell protection will be the next step to help reduce the number of new cases of T2DM.

Saisho, Y. (2018). How Can We Develop More Effective Strategies for Type 2 Diabetes Mellitus Prevention? A Paradigm Shift from a Glucose-Centric to a Beta Cell-Centric Concept of Diabetes. EMJ Diabetes 6(1): 46-52. 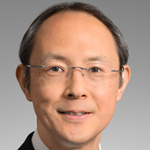 Yoshifumi Saisho completed his MD in 1998 from Keio University School of Medicine, and his PhD in 2009 from the same institute. He was a Clinical Fellow in the Division of Nephrology, Endocrinology and Metabolism between 2002 – 2006. He spent 3 years as a Post-Doctoral Fellow at UCLA before taking position of Assistant Professor at Keio University School of Medicine in 2009.

Professor Yoshifumi Saisho’s research focuses on beta cell dysfunction in type 2 diabetes (T2DM). He advocates for moving the focus away from glucose levels and towards protecting pancreatic beta cell mass - the cells which produce insulin - to prevent patients from developing T2DM and to promote a healthy lifestyle. 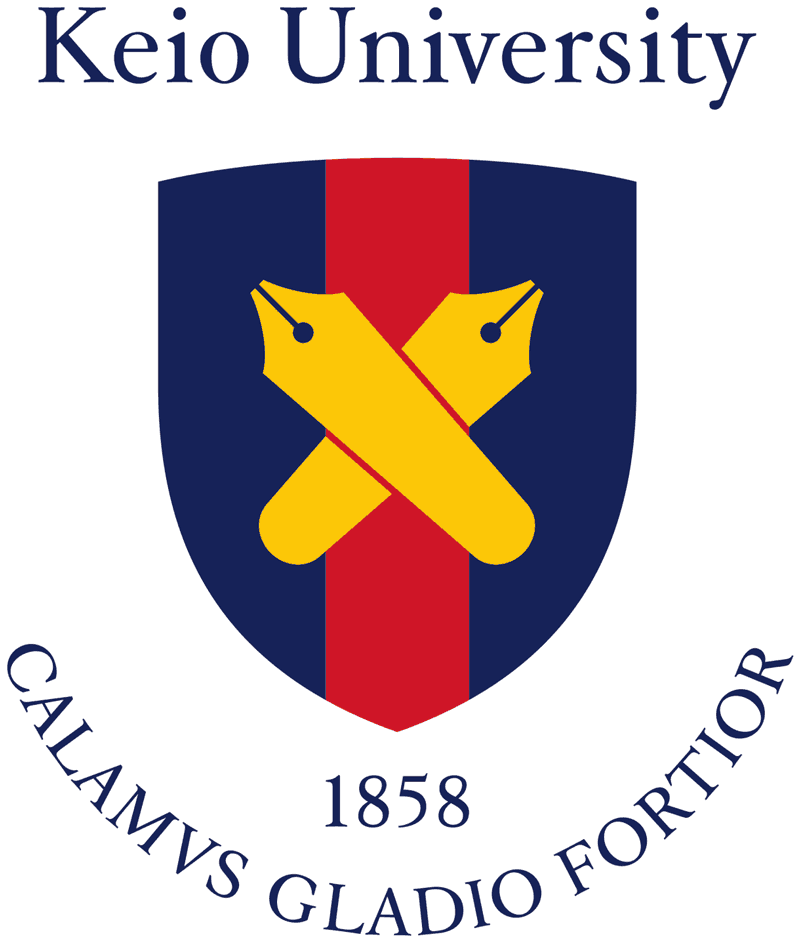