Earth & Environment
During liquefaction, solid sandy ground behaves like a liquid, posing a significant threat in earthquake-prone regions. Seismic waves cause water-saturated sandy sediments to flow, resulting in ground subsidence and flooding. To address gaps in our understanding, Prof Yukitake Shioi from the Hachinohe Institute of Technology in Japan applied a finite element method model to observations from the 1994 Far-Off Sanriku Earthquake. Results show that waves from bedrock become ‘trapped’ in near-surface soft sediments, undergoing multiple reflections and moving repeatedly backwards and forwards. The extent of liquefaction depends on earthquake magnitude, thickness and physical properties of sedimentary layers, as well as the scale of prototype seismic waves of bedrock.

In simple terms, liquefaction is a process by which solid saturated sandy ground behaves as a liquid. While widely recognised in the scientific community, this phenomenon is less known among the public at large, despite posing a significant threat in earthquake-prone regions.

During earthquakes, large shear strain waves and the associated vibrations can cause near-surface saturated sandy soil and sediment particles to lose contact with each other. As a result, the material becomes unable to support weight and starts to behave as a fluid. This phenomenon primarily impacts ground that has excess pore water pressure (meaning the ground is water-saturated) and is formed by loose sediments. While the condition is usually temporary, liquefaction results in the eruption of sand boils, ground subsidence and flooding, and has been responsible for significant and severe earthquake-related damage around the world. In all but the very largest earthquakes, liquefaction is limited to the upper sedimentary layers. The widely accepted theory of liquefaction suggests that its occurrence depends on strong ground acceleration (during earthquakes, as the ground moves it accelerates) and repeating waves. However, this theory cannot explain four key phenomena: (1) the maximum accelerations observed at liquefaction sites are not large – in particular, liquefaction occurs after the main shock, during which long period waves with low acceleration are dominant; (2) liquefaction can sometimes continue for a long time after an earthquake; (3) sometimes, liquefaction is also seen in gravel or silt layers; and (4) sometimes, large land movements by liquefaction occur without sand boils and water springs, despite all necessary conditions being present.

Towards a new understanding of liquefaction
To address these gaps in our understanding of liquefaction, Prof Yukitake Shioi of the Hachinohe Institute of Technology in Japan, and his collaborators Dr Yutaka Hashizume and Dr Hisashi Fukada, have developed a new hypothesis of liquefaction based on observations from earthquakes in Japan, including the 1994 Far-Off Sanriku Earthquake. This event had a magnitude of 7.5 and caused significant liquefaction-related damage in the Hachinohe Port area, some 200 km west of the epicentre. However, the style of liquefaction varied between an older area of the port, where land had been reclaimed in the 1950s, and a newer area, on land developed in the 1970s. In the former, only minor sand boiling was observed, while in the latter, extensive sand boiling on different scales, along with ground subsidence and displacement of quays occurred.

Prof Shioi’s team theorised that seismic waves from the bedrock are reflected at boundaries with other layers. In their multi-reflection theory, large shear strain waves become ‘trapped’ in soft near-surface sedimentary layers. Through a rising process they undergo multiple reflections and refractions, moving repeatedly backwards and forwards. Therefore, the occurrence and severity of liquefaction depends not only on the magnitude of the earthquake, but also on the thickness and physical properties of the soft sedimentary layers and on the scale of prototype seismic waves of the underlying bedrock.

Using the Hachinohe Port event as an example, the team developed a two-stage modelling process. First, they compared the characteristics of heavily liquefied and lightly liquefied grounds using a one-dimensional calculation (named SHAKE) based on their multiple reflection theory. Then, the researchers examined the response of liquefied ground in more detail, applying a two-dimensional finite element method (FEM) model (named FLUSH).

Their model outputs clearly verify the occurrence of the previously unexplained phenomena. In particular, they found that: (1) there was a transition of seismic energy, with waves travelling from the bedrock amplified in pliable layers of clay or silt; (2) when waves reached the surface through soft layers, their period tended to increase; (3) relatively long-period waves continued long after the main earthquake shock; (4) despite the low ground acceleration, near the surface, the shear strain waves with the long periods and large energy were sufficient to liquefy the upper saturated sand layer; and (5) seismic energy accumulated from the bedrock to the surface. In addition, they also found that liquefaction required that waves be initiated in the bedrock, and that relatively large seismic energy was needed to initiate liquefaction.

Prof Shioi’s team has shown that predicting the possibility of liquefaction at a given site requires an understanding of the dynamic responses of both the bedrock and overlying layers during an earthquake.

To confirm the accuracy of their model, Prof Shioi’s team applied the FLUSH model to scenarios based on other large earthquakes. They found that they could reproduce observed liquefaction following the 1964 M7.5 Niigata Earthquake, the 1983 M7.7 Mid Japan Sea Earthquake (which caused liquefaction in Noshiro city and Kizukuri town, both 100 km from the epicenter but with different underlying geological structures), and the 1948 M7.1 Fukui Earthquake. In each case, the results showed that seismic waves become amplified from depth to the surface. Following the 2011 M9.0 East Japan Earthquake, the researchers confirmed the process of liquefaction: a very precise drilling shows a partially liquefied sand layer above a layer of clay (see figure 3).

Engineering a solution
With their research, Prof Shioi’s team has shown that predicting the possibility of liquefaction at a given site requires an understanding of the dynamic responses of both the bedrock and overlying layers during an earthquake. Predicting the liquefaction risk requires response analysis that is specific to the local geology (that is, the bedrock and overlaying sedimentary layers) and potential earthquake magnitude. The responses of the various layers of material and rocks depend on their physical properties, which can be investigated using geophysical techniques. Allowing hazard managers to better predict the lateral extent and severity of likely liquefaction will facilitate improved hazard mitigation strategies. In general, approaches to minimising damage caused by liquefaction require engineering solutions.

In urban areas, avoiding the development of buildings and infrastructure on land at risk of liquefaction is not always feasible. As such, engineering approaches have been developed to mitigate the risks involved. For example, groundwater in the saturated sandy layer on the surface can be removed by piling (driving materials into the ground), including sand compaction piling, sand drain piling, and gravel drain piling. Shear deformation of saturated sandy layers can be reduced by building rigid diaphragm walls (that is, underground walls). Finally, the ground can be strengthened by the injection of cement and/or other chemicals, or by the installation of reliable foundations. In a similar vein, existing houses and buildings can be protected by installing small diameter steel pipes with slits or small holes at intervals of a few meters around them using piling equipment, by installing rigid diaphragm walls around buildings or blocks or blocks of buildings, and by reducing the groundwater level.

Is there an interface for this model to be applied by non-specialists (e.g. local hazard planners) to allow for high-resolution hazard mapping?

<> This model is not yet authorised because it is quite different from the prevailing theory on liquefaction, which explains liquefaction with strong seismic waves and their frequency, and almost all scholars and engineers follow it. However, a few scholars support my theory. 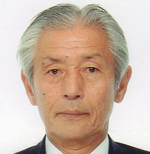 Prof Shioi studies the mechanics of liquefaction following an earthquake.