Arts & Humanities
Jayne Svenungsson, Professor at the Centre for Theology and Religious Studies, Lund University examines the relationship between religion and secularism and the ideological underpinnings of the European concept of religion. She demonstrates that the term religion is a historical product of a secular but mainly Christian Europe, and that it is now more meaningful as an agent of disunity, and often used to separate and marginalise minorities.

The research of Jayne Svenungsson, Professor of Systematic Theology (including Philosophy of Religion) at Lund University is concerned with religion and what the category of religion has come to mean in 21st Century European societies. She is not talking about all the countless phenomena that the word ‘religion’ is commonly taken to refer to, such as prayers, rituals, sacred places, pilgrimages, sacrifices, and all the other defining aspects of a particular faith. Prof Svenungsson is examining religion as a category for structuring social, political and historical life, such as when we map certain people, customs and behaviours as ‘religious’ and others as ‘secular’. Although, she says, these are not entirely misleading or inadequate ways of organising our social worlds, they are insufficient and come along with an array of other distinctions and associations that lead us to draw conclusions that have both political and ethical consequences.

Svenungsson’s interest lies in critically interrogating the way the category operates in contemporary Western societies. More precisely, she is interested in exploring the limitations of the concept of religion as it is deployed especially in cultures that like to think of themselves as secular all the while still being orientated to Christian or even Protestant norms.

Not all religions are religions
An array of prominent scholars in recent years have shown that religion is a misguiding category when applied to historical cultures as well as to non-Western cultures. In Western thinking, ‘religious’ has often been defined as that which is diametrically-opposed to ‘secular’. In Europe, philosophers developed a conception of ‘religion’, beginning during the anti-clerical 18th Century Enlightenment, and later elaborated by 19th Century anthropologists, that was presented as in opposition to secular ‘rationality’ and ‘progress’. Since the dominant religion of the time in the West was Christianity, religion was moulded by this and the traditions of Christendom.

This was especially important during the 19th Century when academia changed from being a Christian institution into a secular one, in which the supernatural power of God was replaced by the rational principles that would form the rule of law. The emerging secular disciplines of sociology, economics, and political science presented Europe as the as “a harbinger of universal history” while European societies increasingly severed ties with religious authority.

As American scholar Tomoko Masuzawa has argued, at the same time, the European powers were also at the height of their imperial dominion, and secular academia was complicit in its justification. While sociology, economics, and political science studied Western traditions and practices, anthropology and oriental studies were created in order to study ‘other’ cultures’. These other cultures were presented as being inferior, less societally evolved, in the grip of superstitions, and the new disciplines in contrast studied ‘other’ traditions and cultures in terms of their religious beliefs and practices.

However, just as the division of the world into a religious and a secular sphere did not make sense to non-Western cultures until those cultures encountered modern Europeans, it did not make sense to Europeans either before modernity. To illustrate the historical contingency of the concept of religion, Prof Svenungsson exemplifies with Judaism; “It was only in the late Middle Ages, when both Christianity and Islam had emerged, that Jewish theologians were confronted with the concept and prompted to consider their own tradition as a religion”.

…‘religion’ is a misguiding category when applied to historical cultures as well as to non-Western cultures.

What happened in the 20th Century?
By the early 20th Century, from the Western philosophical view, religion was increasingly seen as something that was in the process of withering away as civilization moved on. Religion and secularism existed side-by-side, but in the public sphere, religiousness (i.e. being Christian) was generally muted, despite, for example, Christian social principles being fundamental to post-war German Christian Democrat governments as well as to the European Union, whose three major founders went on retreat to a Catholic monastery before signing the Paris agreement in 1951. However, in Europe there were few cultural indicators that indicated religiosity in the public sphere.

From the 1970s onwards there has been a renewed interest in religion, especially within the fields of philosophy and sociology, often termed ‘the turn to religion’. Svenungsson posits three reasons why this may have come about.

Firstly, increased migration during the latter part of the century brought other faiths to Europe, and religious practices and attributes other than the culturally inherited began to appear in societies that had long conceived of themselves as secular. The new visibility of religion could also be linked with the rise of religious ‘extremism’, which became more pronounced in the media with the Salman Rushdie Satanic Verses affair in 1989 in which some Muslims were shown to be opposed, sometimes violently, to secular values.

The second is what is called the ‘post-political condition’ in which there is a sense in which the grand political visons of 20th Century Europe have come to an end, and some left-wing thinkers look “to religion as an in valuable resource for democratic discourses about the common good”.

A third reason may be linked to theoretical and methodological developments within the discipline of philosophy itself, which seems to have turned against the dogmatic atheist criticisms of religion promoted by authors such as Richard Dawkins.

Is religion a legitimate concept?
Given the above, Svenungsson asks: “In light of the growing critique against the very category of religion, one may fairly ask whether the concept today does more harm than good. Should we, then, simply stop using the term ‘religion’?” She believes not, arguing that it’s a word deeply embedded within language, and trying to replace it with another word would be just as problematic as any new word would be “as historically and culturally biased as the term it is supposed to replace”.

Another solution would be to use the word but with an awareness of its “somewhat checkered past” and that its use with a “critical awareness of the Christian (or even Protestant) bias of the category” would obviate its weaknesses. Scholars must be aware of the fact its meaning is no longer inherently clear. For example, ancestor worship might not be a religion, per se, but it could be useful to examine it as such. Scholar Brent Nongbri offers another example, to ask not whether capitalism is a religion but rather, “How might we understand human behaviour differently if we, as a thought exercise, regard capitalism as a religion?”

…religion is increasingly functioning as an othering or even stigmatising category, notably within populist strands of the political debate.

The example of Scandinavia
Professor Svenungsson points out that her own context, which is the Scandinavian countries, is a case in point. Sweden, Denmark and Norway have all been characterised historically by clear religious majority cultures which have subsequently been secularised. While most Scandinavians are reluctant to conceive of themselves as religious, despite being of Lutheran extraction or even being a member of a national church, they often perceive Scandinavian Muslims and Christians of other ethnical background as religious, whether they are practicing religious people or not. As a consequence, religion is increasingly functioning as an othering or even stigmatising category, notably within populist strands of the political debate.

Svenungsson uses a couple of examples of how this has shown itself within public debates about religion. In Sweden, “modern Swedish Protestantism and secular humanism share the same basic norms,” shaped by a centuries-long interaction between Lutheran Christianity and Enlightenment rationalism. One consequence of this is that many Scandinavians today are reluctant to recognise the extent to which Protestant norms still influence and organise their secular societies.

As an example, Svenungsson points to recent years’ debates on male child circumcision, women-only hours at public swimming baths and the wearing of head scarf or burkini. Common of these debates is that they reveal how our usages of “religious” and “secular” are today part of discursive orders that put into play an array of associations and attitudes – included unwarranted preconceptions about individuals and groups.

In conclusion, Svenungsson argues for the importance of rethinking the way we use religion as a category for making distinctions in social and political life. Such a shift in focus is of particular importance in contexts – such as the Scandinavian – where “religion” and “being religious” are generally charged with negative associations, while the inherited Protestant tradition is often toned down and perceived as merely “culture” or “tradition”.

How does the concept of religion relate to the rest of the world, especially the multi-religious secular societies such as China and India?

<>Religion relates to the rest of the world in the sense that it is today an established concept which denotes certain practises and ideas. What I have been drawing attention to is that this specific usage of the category is a historical novelty and that it can’t be separated from a very specific history which involves the colonial past of both politics and scholarly traditions such as philosophy and anthropology.

The return of religion or the end of religion? was last modified: July 29th, 2020 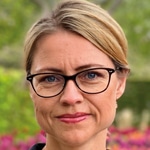 Jayne Svenungsson is Professor of Systematic Theology (including Philosophy of Religion) at Lund University. She a former member of the Swedish Academy and the author of numerous books and articles on political theology and philosophy of history.

Jayne Svenungsson’s research explores religion and secularism, and ideological underpinnings of the concept of religion. 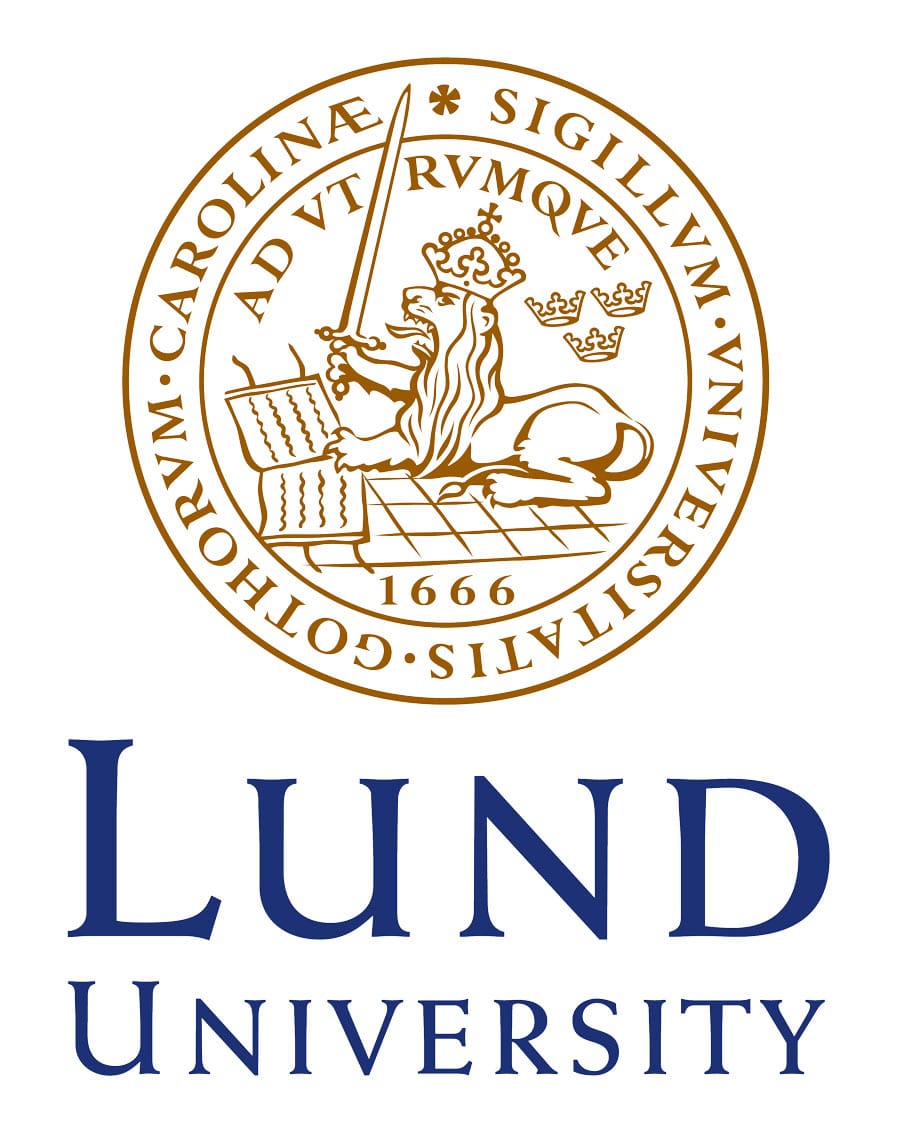 Svenungsson J., (2020). The return of religion or the end of religion?Research OUTREACH, 115. Available at: https://researchoutreach.org/articles/the-return-of-religion-or-the-end-of-religion/ (Accessed YYYY/MM/DD)