Arts & Humanities
Professor Cliff Oswick and daughter Rosie Oswick, based at Cass Business School, City, University of London, are researching new, non-traditional approaches to organisational change. Their interests are in looking beyond traditional attitudes to organisational change that take a problem-centred approach to issues. A genuine interest in social concerns is not generally incorporated into this top-down approach, whereas a bottom-up, non-hierarchical attitude, which arises from stakeholders, is a positive move. This shifts the focus from a narrow view of what is good for the organisation to what is good for its stakeholders and broader society.

Through their mutual interests, Professor Cliff Oswick and Rosie Oswick explore the meanings and potentials of organisational change, proposing that a wider set of social concerns can enable organisational developments that benefit both organisations and society. Traditional approaches to organisational change and progress have drawn upon knowledge based on behavioural science. This applies a scientific focus to the study of human actions, drawing on observed patterns of behaviour to streamline organisations and influence change. The approach highlights effectiveness and efficiency in an organisation and privileges improved productivity, but can omit corporate responsibilities to society and the individual needs of stakeholders such as employees.

What appear to be concerns for workforce wellbeing, through activities that improve employee morale and happiness, may in fact be in service of the organisational aims of enhanced productivity and outputs. Although this approach supersedes and improves upon previous models that positioned the worker as an extension of the machine they operated, the overarching concern is a top-down, hierarchical and inwardly focused attitude. This results in change that is instigated by management, with employees remaining relatively passive in the process. Taking this scientific viewpoint means that the focus is on fixing problems, tackling deficiencies, and maintaining the agenda of powerful stakeholders. These actions and their underlying motives primarily maintain the organisation’s ‘health’, albeit through a rhetoric of worker choice and wellbeing – for example, asking employees to choose the colour an office wall is painted. Unfortunately, this top-down approach can increase conflict between management and employees due to a lack of dialogue, potentially leading to further discord and workforce resistance.

Positive change
Where traditional approaches to organisational change have adopted a reactive attitude, placing an emphasis on problems and things that are not working, positive approaches look at future opportunities as part of a negotiated dialogue with employees. This dialogic change occurs through talk and discussion, shifting the conversation from problems to solutions. It acknowledges that change is complex and cannot be managed through former top-down techniques.

A bottom-up approach regards organisations as pluralistic sites which have hierarchies and competing interests.

This way of approaching change, through negotiation with employees, is not a method that will reliably produce predictable results, as it involves multiple viewpoints and dialogues. Although it adjusts the agenda, dialogic change does not address conflicts caused by differing perspectives and interests; it assumes a consensus can be reached rather than reconciling conflicts between differing entities. To encourage the move from hierarchical to democratic approaches, the appropriate conditions for change are required. Radical change means that it is done with and by employees, and power is handed to stakeholders who have traditionally been marginalised.

Bottom-up approaches
An innovative model of organisational change and development is a bottom-up approach. This regards organisations as pluralistic sites which have hierarchies and competing interests, where it is likely that some stakeholders hold privileged positions while others are marginalised. To engage in radical change, a bottom-up approach provides opportunities for those who have been in a marginal position to be included and involved in changes. This attitude enables constructive dissent, through which employees can be instrumental in driving change via active participation. The emphasis is on generative rather than distributive attitudes, so that rather than asking, ”how can we divide resources up?”, the question takes a positive approach asking, “how can we generate more resources?“

This mode of organisational approach, which is based on positive and constructive forms of change, occurs at a time when millennials – people born between the early 1980s to the mid-to-late 1990s – make up around 50% of the current workforce. They have been born into an era of technological advancements and less hierarchical forms of education and training. New ways of running businesses and organisations have also emerged, with people working freelance or on flexible contracts, who may share office space with other freelancers or who work remotely. Within this ‘new world of work’, as well as among more established organisations, the scholarship and research produced by Cliff, Rosie and other scholars plays a valuable role in providing guidance. This can assist organisations by helping them to experiment and try new and more inclusive ways of working.

Socially informed approaches
Traditional organisations may have paid some attention to social issues and provided some level of support; however, this is often motivated by the organisation’s internal interests. This may be framed as benefitting employees, for example by improving workers’ lives, but the aim of much development work is ultimately to increase productivity, with employee benefits as a by-product. A progressive change approach looks beyond what is good for the organisation to how the organisation can address broader social issues like poverty, education and sustainability.

‘Soulful’ organisations are concerned with supporting stakeholders to engage in change that is informed by wider social challenges.

A progressive mindset looks outward as a motivation for change rather than prioritising the self-interests of the organisation. While some organisations could be described as soul-less in that they lack commitment to positive change, others can be regarded as engaging in soulful activity. Within the soul-less organisation, resources can be regarded as fixed and finite (a fixed size of pie). Alternatively, the soulful organisation privileges a solution that allows for a bigger ‘pie’ or more of them; this notion embraces abundance and mutual gain. Such an attitude requires organisations to shift their focus from unhealthy competition between departments and staff toward cooperation and interdepartmental collaboration.

The principle of working together rather than against other workers and departments encourages a generative mindset. Nevertheless, organisations may adopt elements of this perspective, but still have inward-facing goals, for example building a road to connect rural communities, and in doing so, improving the organisation’s transport links. If taken from a different direction, a soulful organisation is concerned with supporting stakeholders to engage in change that is informed by wider social challenges. Adopting this philosophy shifts from engaging in community initiatives as a form of philanthropy that benefits the organisation to taking actions that, while benefitting them, also reach out to improve and enhance communities and society.

Soulful organisations
Organisational change and development that builds a concern for society into its philosophy also includes stakeholders in that change. This way of working moves beyond older, hierarchical methods that prioritised scientific measurements and efficiencies. Staff are actively involved in processes of change through constructive activities, in contrast to destructive actions such as protest; change happens in partnership rather than being imposed by a remote, hierarchical management.

As the workforce and working practices alter toward increasingly flexible work-based arrangements, scholarship and new types of leadership that reflect and support this are emerging. Top-down approaches are displaced in favour of democratic change, with fluid forms of stakeholder decision-making replacing top-down directives. The positives of these new attitudes to organisational change are that stakeholders are involved and central to change, and the benefits to society come not as a by-product of an organisation’s actions but as a part of their overarching purpose.

As the workplace is now shifting, with a greater proportion of millennials and increased digital connectedness, what are the challenges for organisations in maintaining a change agenda?

<> Much of the research on millennials in the workplace suggests that they want to be engaged, not lead (i.e. dialogue rather than direction). The prevalence of social media also means that there is increased informal connectedness in organisations. As a result of these factors, traditional top-down, hierarchically ordered forms of change initiative are becoming less relevant and less effective. The overriding challenge for organisations in maintaining a change agenda is to embrace a new mindset where the emphasis is upon facilitating bottom-up processes of change rather than attempting to control them from the top down. 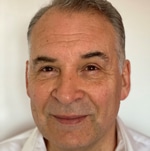 Cliff Oswick is Professor of Organisation Theory at City, University of London. His research explores new approaches to organisational change. He is Associate Editor for Journal of Change Management and Journal of Applied Behavioral Science, trustee at Tavistock Institute of Human Relations, and chair for Organization Development and Change Division of the Academy of Management. 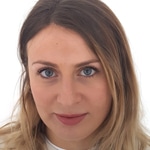 Rosie Oswick is Research Assistant at Cass Business School, City, University of London. Her research interests are primarily concerned with organising and managing in healthcare settings. She has published work on aspects of work identity, responsible management, and processes of organisational change.