Biology
Heterosis or hybrid vigour is the improved function of a desirable quality in hybrid offspring. Predicting heterosis would mean that plant and animal breeding need not depend on time-consuming and costly field tests of numerous combinations. Dominique de Vienne, Professor at the University Paris-Saclay, France, uses metabolic networks and systems biology to study heterosis. Modelling metabolic systems has relied on theoretical methods that require long-term effort from many laboratories for even simple pathways and do not work well for complex systems. Now a conceptual shortcut that can simulate complexity using fewer biological data has been found.

When genetically distant individuals are crossed, their offspring often show greater vigour than their parents for quantitative traits. For example, growth is faster, age of reproduction is earlier, fertility is higher and resistance to disease is stronger. This phenomenon, called heterosis, has been exploited by humans in animal and plant breeding and has implications for evolutionary biology.

The introduction of cross-pollinated (hybrid) plants was one of the most important innovations in agriculture and global food security. Most annual crops show heterosis. Hybrid maize, for example, can yield twice as much as the parent plants. The growth rate of some hybrid yeasts exceeds that of parental strains by more than an order of magnitude.

So far heterosis has been used without full knowledge of the underlying genetic or molecular principles. Because the effects of heterosis can be so impressive, such an understanding could greatly advance breeding. Most recent studies of heterosis have focused on detecting quantitative trait loci (QTL) – sections of DNA that correlate with variation in a trait. QTL are used to explore genetic effects or to search for expression of transcripts or proteins in hybrids in the hope of identifying molecular mechanisms for heterosis in particular traits.

However, descriptive approaches like this cannot provide a general and biologically realistic model accounting for the pervasiveness of heterosis. This is where a systemic approach based on metabolic network modelling is proving useful.

Systems and network biology
Heterosis has inspired many genetic, genomic and molecular studies, but has less often been investigated from the perspective of systems biology, Prof Dominique de Vienne’s focus. Systems biologists model complex biological systems, such as molecules and their interactions within a living cell, rather than looking at isolated parts. 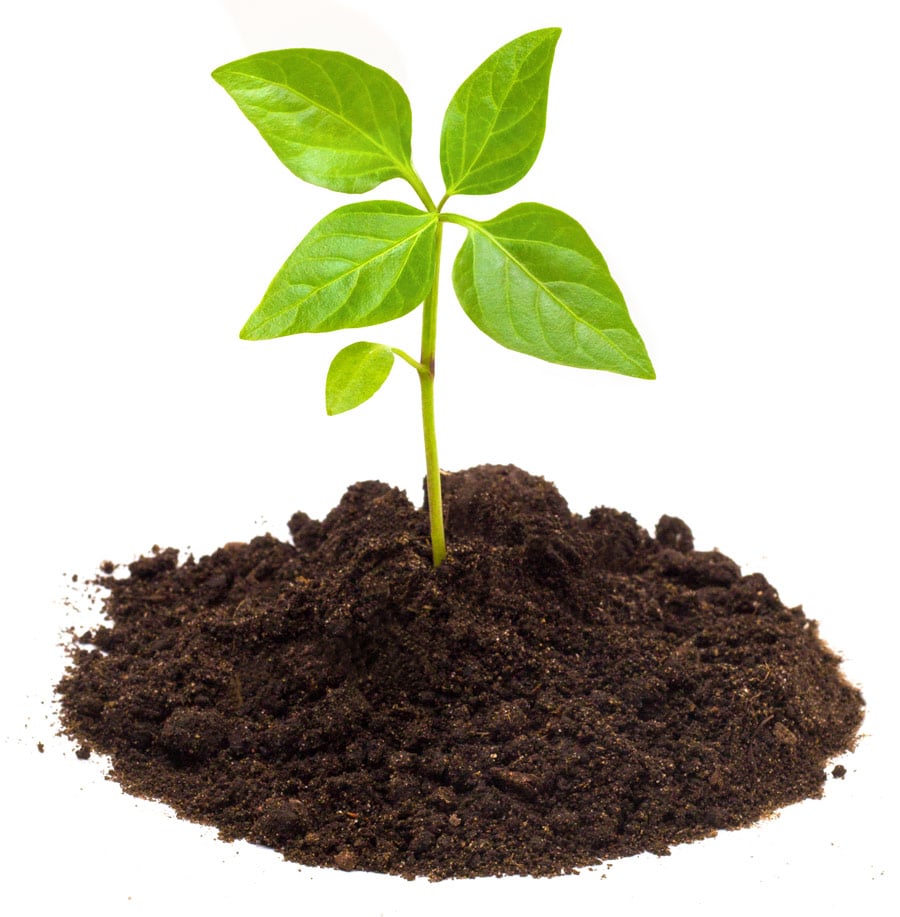 Related to this is network biology enabling the representation and analysis of biological systems with tools derived from graph theory, which uses mathematical structures to model multiple relations between objects, and topology, which considers the arrangement of the elements of a network.

Network analysis works with the complexity of the network to extract meaningful information that you would not have if individual components were examined separately. The data explosion from the ‘omics’ era of biological research has led to more systemic approaches to data analysis and a move away from single gene/protein studies.

Adding the ending ‘omics’ to a molecular term implies a comprehensive assessment of a set of molecules. Genomics, the first omics approach, focused on entire genomes as opposed to genetics which looks at individual variants or single genes. Quantitative proteomics provides expression data for hundreds of proteins, including enzymes, while metabolomics techniques can access thousands of metabolites.

Heterosis has inspired genetic, genomic and molecular studies, but has less often been investigated from the perspective of systems biology.

Studying genotype–phenotype relationships
The genetic makeup of an individual, its ‘genotype’, determines its characteristics or ‘phenotype’ in a given environment. The genotype–phenotype relationship is of fundamental interest to breeders as it describes how genetic polymorphism causes phenotypic variation. Genetic polymorphism due to mutations in the genotype produces the variety of forms seen in populations.

If the genotype–phenotype relationships were linear (proportionality between genotype and phenotype values), offspring would have intermediate trait values compared to their parents, not better ones. Actually, the cellular processes involved in biological functions and structures are complex, and the relationship between measurable parameters at genotype and phenotype levels is often found to be non-linear. Network models in systems biology are typically highly non-linear and can be used effectively to study phenotype responses to genotype variation.

Dominique de Vienne and colleagues suggest that heterosis is an emergent property of living systems resulting from non-linear relationships between genotypic variables and phenotypes or between different phenotypic levels, from the molecular to the individual. They use a systemic approach to show that the key to understanding heterosis may lie in the ‘law of diminishing returns’.

This ‘law’ states that in all productive processes, adding more of one factor while holding all others constant, will eventually yield lower incremental returns. In biological terms, when the concentration or activity of a cellular component increases gradually, the effect on the phenotype is at first high but then begins to fade away.

Mathematic modelling of physiological dominance suggested that heterosis is an intrinsic property of non-linear relationships between traits.

Non-linear genotype–phenotype relationship is the key of heterosis
Non-linearity has been demonstrated at different levels of organisation, from genetic transcription/translation to fitness-related characteristics. When considering one locus, it appears to explain the dominance of the most active allele over the least active, as proposed as early as 1934 by Sewall Wright, a famous American evolutionary geneticist.

When the trait is controlled by many loci, which is the most common situation, heterosis arises as a consequence of two linked phenomena. First, the slightly deleterious recessive alleles of one parent are complemented by superior dominant alleles of the other parent. The hybrid can therefore have a higher value than both parents, and so hybrid vigour is expected to be stronger when the parents are genetically distant due to better complementarity. This model, likewise, explains inbreeding depression as the accumulation of deleterious recessive alleles at homozygous loci, i.e., loci with identical alleles. Second, the non-linearity results in epistasis, meaning that the effect of substituting one allele for another is dependent on the genotype at other loci. This genetic effect also plays a role in heterosis.

Dominique de Vienne and colleagues have mathematically formalised and validated the dominance/epistasis model of heterosis experimentally using in vitro and in silico (computer simulated) genetics. They have worked with the glycolytic pathway in yeast to look at metabolic flux prediction and optimisation in relation to heterosis.

They first reconstituted in vitro the four-enzyme upstream segment of the glycolysis pathway, simulating genetic variability by varying enzyme concentrations in test tubes. “Hybrids” were obtained by mixing the content of “parental” tubes, and their fluxes were measured. They found that usually the phenotypic value of a hybrid is higher than the average of its parents, and in some cases higher than that of the best parent.

Then they used mathematical modelling. Modelling metabolic networks relies on mathematical tools and specialised computer programs. But identifying and estimating the many enzyme parameters for biochemical processes is difficult. So, modelling efforts based on conceptual shortcuts are essential to simulate complex cellular behaviours from a smaller amount of biological data. 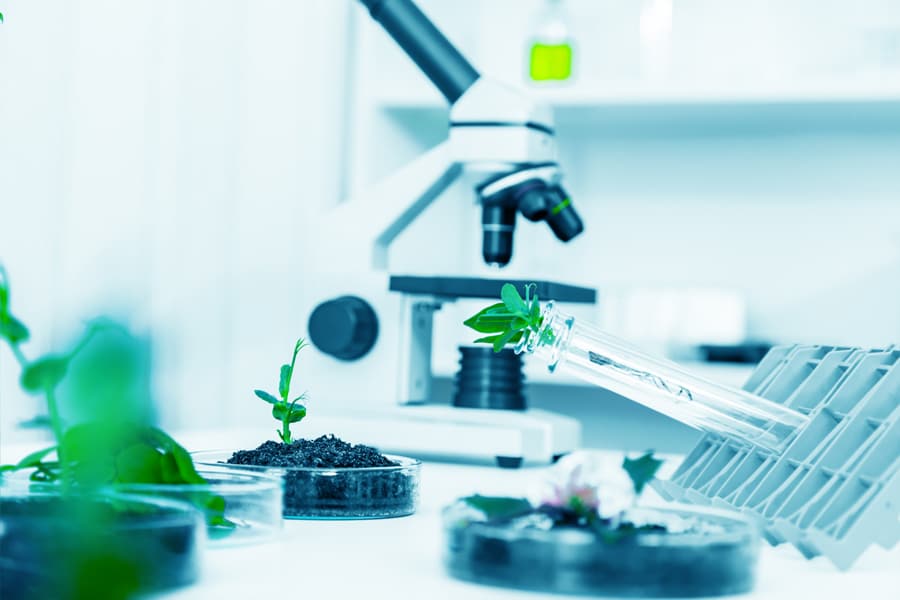 A simplified formalism based on metabolic control analysis was used to derive global parameters that accounted for the kinetic behaviour of four enzymes from the upstream part of glycolysis. According to the structure of the pathway and the position of the enzyme in the pathway, just one or two parameters per enzyme were sufficient.

Genetic variability was created by varying in silico enzyme concentrations. The virtual parents were crossed to get hybrids, the flux of which was computed. Again the curvature of the relationship describing the genotype–phenotype relationship resulted in heterosis. This result is robust, as it was confirmed by explicit modelling of the whole glycolysis and a similar in silico genetics approach.

This mechanism for heterosis is valid beyond the metabolic systems. In another recent work, Dominique de Vienne, co-author François Vasseur and colleagues successfully predicted the amplitude of heterosis for two fitness-related traits – growth rate and fruit number – in series of hybrids among accessions of Arabidopsis thaliana, a valuable model plant for studies of growth and development and the first plant genome to be fully sequenced.

The traits of interest were non-linearly related to individual biomass, in the same way that metabolic fluxes are non-linearly related to enzyme concentrations. This non-linearity forces hybrids to deviate from the average value of their parents, which leads to their better vigour. Mathematical modelling made it possible to predict up to 75% of the amplitude of heterosis while the genetic distance between parents explained at best 7% of heterosis.

Both mathematical and experimental results suggested that the appearance of heterosis in hybrids is a systemic property emerging from biological complexity. These findings were consistent with various observations in quantitative and evolutionary genetics, and provide a model unifying the genetic effects underlying heterosis. The geometric view of genotype–phenotype relationship in crop plants has potential for predicting heterosis in traits affecting yield and environmental stability.

How has the field of plant genetics changed since you began working in it? 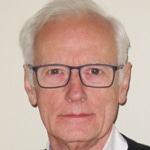 Dominique de Vienne is Professor Emeritus, University Paris-Saclay, France and the former Director of the Quantitative Genetics and Evolution laboratory in Gif-sur-Yvette, France. His research area is genotype-phenotype relationship, with special interest in genetics and evolution of metabolic networks. In this context he works on the bases of heterosis, on the evolution of enzyme concentrations and on the integration of proteomic data into constraint-based models to untangle the molecular bases of life-history traits in yeast. His publications include about 75 articles, 6 book chapters, co-author of 3 textbooks for students and scientists, 180 communications and posters in meetings, 41 invited international conferences, and 2 patents.

Prof de Vienne would also like to acknowledge Pr. André Gallais, his mentor in the field of quantitative genetics and heterosis.