Agent-based modelling (ABM) is used to understand the behaviour of a system and establish what governs its outcomes. Professor Shigeaki Ogibayashi, from the Chiba Institute of Technology, Japan, proposes that, if the agent-based model is constructed entirely bottom-up, it should be possible to build a model where the causal relationship emerging from the artificial society is the same as that in the actual system. Together with Kazuya Shinagawa, of FromSoftware, Inc, he applies his innovative agent-based modelling methodology to reproduce and understand bullying.

Agent-based models are computer simulations that attempt to capture the interactions between people, things, places, and time by modelling a system as a collection of autonomous decision-making entities, or agents. Agent-based modelling (ABM) is used to understand the behaviour of a system and establish what governs its outcomes. This individual-based modelling approach can deal with heterogeneity and offers an effective methodology for studying the mechanisms underpinning the dynamic characteristics of social phenomena.

Dr Shigeaki Ogibayashi, Emeritus Professor at the Chiba Institute of Technology, argues that since a set of indispensable behavioural rules causes a specific macrophenomenon, if the model reproduces the actual phenomenon, then the relationship between the cause and the phenomenon in the model could correspond with the actual cause and the phenomenon in the real world. ABM is therefore the most real-world-friendly modelling method, making it a promising approach for investigating the causal mechanism of social phenomena.

Modelling social phenomena
Ogibayashi explains that any social or economic phenomenon emerges from the actions and interactions of humans and organisations. Moreover, amongst the behavioural rules of humans and organisations there is a particular set of rules pertaining to the cause of the phenomenon in the real social system. Unlike natural phenomena, however, representing the real social world with an equation-based model is actually impossible due to the complexities of causal relationships in human society. It is also unfeasible to conduct controlled experiments to verify assumed equations, as human behaviour is heterogeneous, and many factors are difficult to regulate in the experiment.

Indispensable factors for ABM
The essence of Ogibayashi’s proposed approach is that if the agent-based model is constructed entirely bottom-up, then it should be possible to build a model where the causal relationship that emerges from the artificial society is the same as that in the actual system.
This similarity between the model and the real system can only be realised, however, when the input conditions include a set of indispensable factors for the emergence of the phenomenon of interest. These factors are a set of behavioural rules that can be revealed by a series of computer experiments in which factors are systematically changed one by one. They include the agent types together with their attribute variables, and make up the model structure. Considering what makes these factors indispensable for the emergence of the phenomenon enables a better understanding of the phenomenon’s causal mechanism. Ogibayashi explains that this principle concerning the validity of ABM will enable the set of individually proposed theories previously or currently put forward by social science, to be reconstructed into ‘a set of truths on the causal mechanisms of social and economic phenomena’. A proper understanding of these phenomena would allow effective policies to be determined using a group of ‘what-if’ analyses to predict their effects – an approach that could contribute to the construction of a truly democratic society for everyone. This makes ABM a promising approach for investigating the causal mechanisms of social phenomena.

Any social or economic phenomenon emerges from the actions and interactions of humans and organisations.

Challenging current thinking
‘Deploying ABM to elucidate the causal mechanism of social and economic phenomena is’, says Ogibayashi, ‘a new concept in the history of ABM and one which has not yet been widely acknowledged’. He observes that many researchers – particularly those in the field of economics – deem ABM insufficiently reliable for the elucidation of causal mechanisms when compared with traditional approaches, although it is effective in offering hints on the emergent mechanisms of phenomena in the real world. As a result, ABM has so far received little recognition as a promising methodology for supporting public policies.

Most ABM models proposed in the literature are abstract models – or not entirely bottom-up models – that do not closely imitate real-life processes. Ogibayashi seeks to challenge this, highlighting how ABM can closely mimic real-world causality, representing the heterogeneity of agents as well as the irrationality of decision-making. Moreover, the knowledge required by traditional theories is not necessary in this case, because no aggregate-variable-related assumptions are required in the case of an entirely bottom-up ABM model. ABM, therefore, also has promise for forecasting the future via ‘what-if’ analysis and exploring various countermeasures for social problems.

ABM to understand bullying
In a 2020 paper, Ogibayashi and his co-author Kazuya Shinagawa, of FromSoftware, Inc, demonstrate their alternative approach by using ABM to reproduce and understand the phenomenon of bullying.

Defined in the literature as negative actions perpetrated by one or more people toward one or more individuals that are repeated over time, bullying involves unwanted aggressive behaviour and an imbalance of power and strength. The cause of bullying has been the focus of numerous studies, but there is still much to be clarified regarding its underlying mechanisms and we are yet to develop fully effective countermeasures.

Many investigations are based on information obtained from interviews with victims, but these lack the perspectives of perpetrators, potential bystanders, and organisations. In any case, however, as Ogibayashi points out, there is a limit to how well the dynamic characteristics of bullying are explained using conventional approaches.

Macrophenomena of bullying
The first step of the researchers’ analysis was to define the bullying phenomenon. Ogibayashi and Shinagawa define one of the features of bullying such that five categories of agents emerge through the agents’ actions and interactions: the bullies; the bullied; and three types of third-party agents – bystanders, agents on the bully’s side, and agents on the side of the bullied. Another feature of bullying is that it involves persistent attack by the perpetrators against the victim which becomes increasingly aggressive as time progresses. The first feature is the most essential in the mechanism of bullying which is revealed in the present study, while the emergent mechanism of the second feature remains as a future subject.

In the researchers’ model, each agent has a value vector, with each component corresponding to traits in the real world such as skills, preferences, behavioural patterns, etc. The value of each component is initially assigned zero or one at random, but changed to become a shared or non-shared value with other agents due to the interactions among agents. An active agent performed the action, and an objective agent was the object of the action. There were three possible actions: a tuning action; an excluding action; and doing nothing. The tuning action increases the number of shared values with respect to others. Agents have specific thresholds for tuning and excluding actions. Pairs, made up of one active agent and one objective agent, were selected at random and the active agent performed one of the three actions on the objective agent. This process was then repeated for the remaining agents.

Essential mechanisms of bullying
Importantly, this research exposes the indispensable factors that are required to reproduce the phenomenon (ie, the emergence of five categories of agents). First is the agent-specific tendency to tune with some and exclude others. In this model, the act of exclusion is assumed to be consistent with bullying. Second is that the excluding action is only performed when the perpetrator possesses more significant power than the agent being excluded. These two are the indispensable factors, because a series of computer experiments revealed that any other combinations of behavioural rules do not reproduce the phenomenon.

The validity of this innovative ABM model can be assessed by how well the model reproduces the features of the phenomenon.

Analysis of the features of each type of agent revealed that the bully is a person who has a strong tendency to both tune with and exclude others. In contrast, the bullied is a person who is less likely to tune with and exclude others. Furthermore, a typical bystander is more likely to tune with others but less likely to exclude them. This is supported in the literature which identifies the importance of the bystanders’ roles in addition to the interaction among the peer group.

For the artificial society in the model to closely match real-world society, the tuning and exclusion characteristics of the agents is essential. The agents who are more likely to tune with others tend to join large groups, and this membership enhances their social power. In contrast, those agents who are less likely to tune with others are likely to become solo agents, therefore weakening their social power. The agents’ traits and their interactions are reflected in the emergence of the perpetrator and the victim.

Influencing the mainstream
Ogibayashi’s modelling approach has not yet reached the mainstream of ABM research. Unlike traditional ABM- and equation-based approaches, his method facilitates the identification of the indispensable causal factors responsible for a phenomenon. Considering why these factors are indispensable provides a better understanding of the phenomenon. The validity of this innovative ABM model can be assessed by how well the model reproduces the features of the phenomenon.

Ogibayashi has applied ABM to other phenomena including the COVID-19 pandemic. This model considers both the process of infection between people and the process of recovery of each person. Based on medical knowledge of the recovery process, the model considers the number of viruses, virus elimination by immunity, and the enhancement of immunity by antibody production. An indispensable factor for the convergence of the pandemic is that the immunity effect increases with the number of viruses in the body. In the real world, this condition is realised by increased temperature in the human body, which enhances the immunity effect (Ogibayashi, 2022).

This new approach to applying ABM to the understanding of the causal mechanisms of social phenomena, Ogibayashi believes, has huge promise for contributing to more effective, science-based, policymaking.

What further work do you think is needed to encourage the acceptance of ABM as a mainstream method of studying social phenomena? 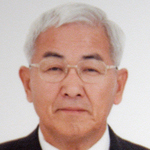 Shigeaki Ogibayashi graduated from the department of physics at Tohoku University, Japan, and obtained his master’s degree in 1971. He worked at the Nippon Steel Corporation from 1971 to 1997, during which period he obtained his PhD at Tokyo University. From 1997 to 2017 he engaged in research and education in social systems science as a professor at Chiba Institute of Technology. He is currently an emeritus professor of Chiba Institute of Technology and continuing his research focusing on agent-based modeling.

Developing the use of agent-based modeling to understand the causes of social phenomena.