Biology
The recent discovery of endogenous cannabinoids has kickstarted a whole area of research into their function. Cannabinoids have been widely studied in the hippocampus and amygdala of the brain but their role in other regions, including the olfactory system, are largely a mystery. Professor Thomas Heinbockel and his team from Howard University College of Medicine research cannabinoids in the olfactory system to understand more about how the nose communicates with the brain.

Since the 1960s, researchers have been curious about the effects of drugs on the body. One of those drugs under investigation was cannabis, and by the late 80s, researchers knew about receptors in the brain which could bind to certain compounds in cannabis known as cannabinoids. This began to explain how cannabis (or cannabinoids to be more precise) can affect the brain, but also raised some interesting questions: why would we have these receptors if cannabinoids only came from external sources?

Fast response
For Prof Heinbockel, the first step was to understand how these lipid-based cannabinoids were capable of controlling the activity of neurons. Neuronal activity is typically extremely fast and it was believed that lipid compounds could not compete on the same level. Using a variety of techniques, the team showed that at 22°C, endocannabinoid synthesis and release occurs within 75-190 milliseconds (ms) after the stimulus, and that value can even drop down to 50 ms at 37°C. “That’s almost an order of magnitude faster than previously thought,” says Prof Heinbockel. “Our findings imply that lipid messenger dynamics are comparable with those of neurotransmitters and can modulate neuronal interactions on a similarly fast timescale.”

Retrograde signalling
From this work, researchers were able to establish that, once they’re released, endocannabinoids find the receptors on nearby neurons and force them to reduce release of neurotransmitters. This is known as a retrograde signalling. Endocannabinoids can operate this way in various regions in the brain, including the hippocampus, cerebellum, neocortex and amygdala, but the olfactory system remains a mystery.

Neurons in the brain can largely be separated into two groups. Some cause small electrical currents in neighbouring cells and are known as excitatory neurons as they ‘excite’ other neurons; others stop neighbouring neurons from generating a current, and are called inhibitory neurons. It’s important to have a balance of these neurons in the brain – if your brain is too excitable this can cause seizures, like in epilepsy. If your brain is full of inhibitory neurons then none of them would be able to communicate and you wouldn’t be here.

Discovered by accident, the endocannabinoid system has turned out to be one of the most important systems within our entire bodies.

…the olfactory system is an ideal place for investigating how the endocannabinoid system regulates the connection between the brain and the nose.

The olfactory system has a multi-layer structure, including – in order from surface to the centre – the glomerular layer, the mitral layer and the granule cell layer. As a neural circuit, the glomerular layer receives direct information from the nose. The ends of the neurons coming from the nasal cavity cluster in spherical structures called glomeruli. This layer (glomerular layer) represents the first level of synaptic processing. The next level of processing occurs in the mitral layer, followed by the deepest layer made up of granule cells that connect with the mitral cells.

Prof Heinbockel’s exciting new research shows how the olfactory system is modulated by endocannabinoids, specifically, the activity of external tufted cells and mitral cells. A better understanding of the endocannabinoid system provides greater insight into how endocannabinoids lead to altered sensory perception. This research will also be useful in understanding disorders where neuromodulator signalling has gone awry such as depression, addiction and Parkinson’s disease. Drugs that mimic or block neurotransmitters are used to treat these disorders, therefore research into neuromodulator signalling will help researchers create better treatments for these disorders. Additional research will further unravel the complexity of signal processing in the olfactory system and provide further insights into how the brain functions as a whole.

What practical implications do you foresee for this research? Could it be used to treat any conditions associated with the olfactory system?

<> On the one hand, some neurological disorders such as Alzheimer’s Disease and Parkinson’s Disease show strong impairment of the olfactory sense, and this acts as an early indicator of the disease. Potentially, cannabinoids can help to overcome sensory impairments and/or even delay disease progression. On the other hand, drug addiction such as marijuana substance use disorder is a brain disease that afflicts many people and costs society in terms of medical and social expense. Understanding the neurobiological mechanisms of this disease can help to develop pharmacotherapeutic treatment strategies that could prevent drug abuse. 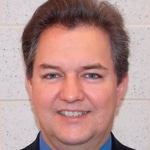 Dr Thomas Heinbockel is Professor and Interim Chair of Anatomy, Howard University, Washington, DC. He worked on his M.S. thesis at the Max-Planck-Institute for Behavioral Physiology, Starnberg/Seewiesen and completed a Ph.D. in Neuroscience at the University of Arizona. He was Research Associate in Physiology, Otto-von-Guericke-University, Magdeburg, and subsequently held research faculty appointments at the University of Maryland School of Medicine.

Professor Dr Heinbockel’s research is focused on understanding brain mechanisms of information processing and their relation to neurological and neuropsychiatric disorders.

Dr Alex Straiker, The Gill Center for Biomolecular Science and the Department of Psychological and Brain Sciences, Indiana University, Bloomington, IN 47405 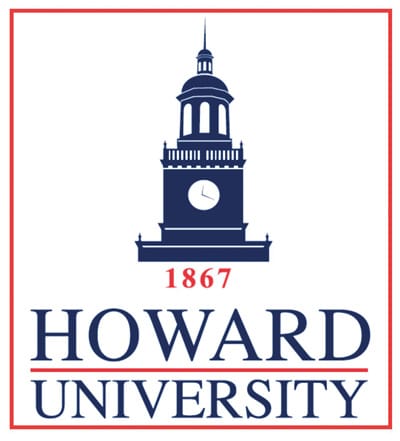