Biology
The yields and nutritional profiles of crops are affected by their intake of nutrients. To understand how plant ion channels uptake and regulate sodium and potassium, Dr Janin Riedelsberger at the Center for Bioinformatics, Simulation and Modeling (CBSM), University of Talca and her collaborators combine computational and experimental approaches. The computational methods are used to model the channel protein’s molecular structure and simulate its molecular dynamics, while experiments allow validation of the computational predictions. Conversely, computational data can guide experiments and help interpret experimental data.

Plant cell membranes are selectively permeable and separate the cell from the external environment. They act as barriers for various molecules. Transport proteins represent ways for molecules to pass across the membrane, and regulate which ones gain access into the plant cell. The crucial role of membrane transport processes makes them the subject of detailed studies, like those described here, aimed at improving the tolerance of crops to various stresses, the nutritional value of plants and more.

To grow and develop, plants need various macronutrients including nitrogen, phosphorous and potassium (K+) which they take up, along with sodium (Na+), mostly from the soil via their roots. Specialised proteins (e.g., ion channels or pores) in plant cell membranes transport these ions under specific conditions so that they can be used by the plant in a regulated way that ideally avoids toxicity. 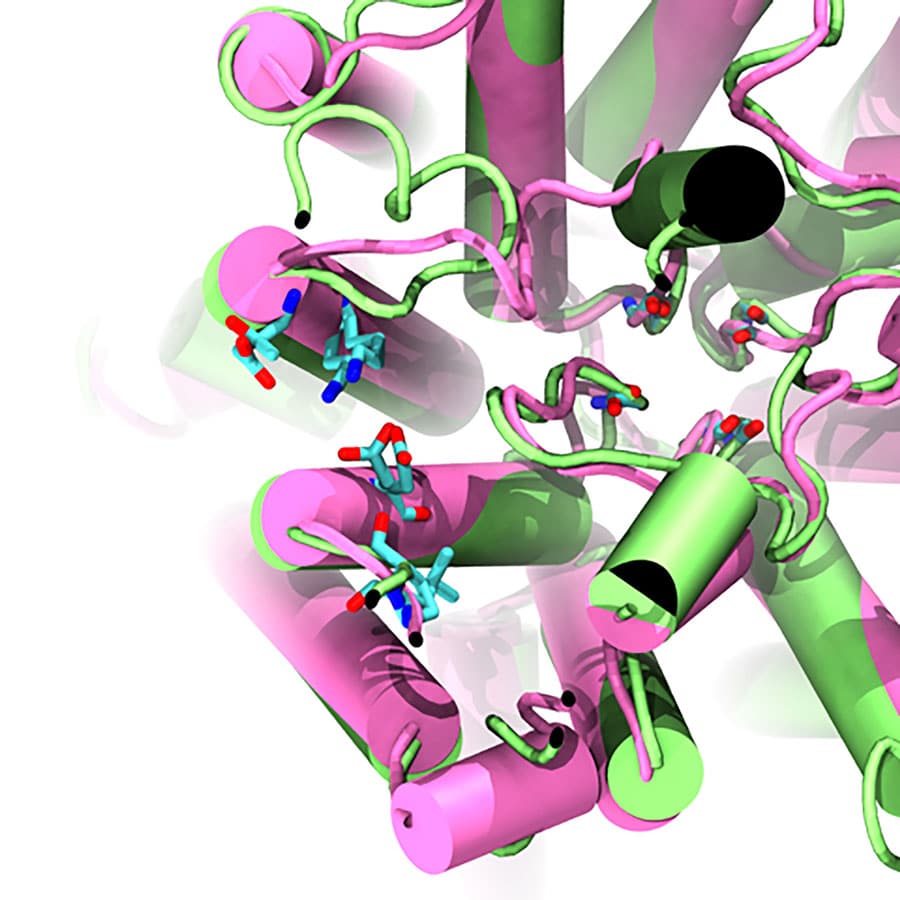 Potassium, for example, is relevant in resistance to drought, salinity and fungal diseases, which is why it affects crop yields. Once inside cells, it is involved in the regulation of enzyme activities, in adjusting the electrical membrane potential and the cellular turgor, in regulating cellular homeostasis and in stabilising protein synthesis.

Sodium is not essential for plants, but in small quantities it aids in metabolism and synthesis of chlorophyll. In some plants, it can partially replace potassium since sodium ions are chemically and physically similar to potassium ions. Due to the imperfect mimicking of potassium’s functions, high sodium concentrations can cause symptoms of potassium deficiency in plants. In themselves, high salt concentrations are a problem for most plants.

Plants respond in two phases to salinity: osmotic and ion-specific. In the osmotic phase (minutes to days), changes in solute concentration (e.g. high salt) cause changes in water movement and consequently growth reduction. In the ion-specific phase (days to weeks), ions start accumulating in toxic concentrations, metabolic processes are affected and cell death occurs if no measures are taken.

Studies of how ion uptake occurs will help to explain, for example, why some plants are more tolerant to salinity stress than others, and could enable breeders to develop crop plants that are more resistant. Such work is being advanced by computational approaches to reveal the molecular structures of the ion channels involved, and then guide experiments or explain experimental observations.

The Center for Bioinformatics, Simulation and Modeling (CBSM) combines modelling techniques for plant membrane proteins with molecular dynamics simulations to study protein-membrane systems over time and in response to different external ion conditions. Most recently, a transport protein of the HKT family (OsHKT2;2) in rice (Oryza sativa) was studied by computational and experimental methods.

The HKT protein family
The family of HKT proteins was initially named for ‘high-affinity potassium’ but was then found to be also involved in sodium transport. There are two kinds of HKT channels: class I are mainly Na+ selective (called uniport), while class II act as Na+ and K+ cotransporters (symport). The second type has been dry-lab (meaning computer) modelled and simulated in the presence of Na+ and K+.

Comparative modelling of this HKT membrane protein followed by simulation of the protein dynamics performed by the CBSM team identified ion coordination sites involved in ion conduction across the membrane. One of the coordination sites was then validated experimentally using electrophysiological methods.

The family of HKT proteins is functionally diverse in ion selectivity and the effect that the external cation compositions have on the protein’s function. Monocotyledons like rice appear to have a higher variety of HKT proteins than do dicotyledons, and it is only within these kinds of HKT channels that cation symport is found. OsHKT2;2 is one of eight or nine such HKT channels (depending on the cultivar) found in rice.

The ion composition in the extracellular medium (outside a cell) affects the transport abilities of HKT channels by changing their ion transport rates. Dr Janin Riedelsberger and her colleagues set out to study this transportation process at the molecular level, successfully creating a molecular homology model of rice OsHKT2;2.

Computational approaches like comparative modelling are used to show what the structure of the protein HKT could look like, and to predict how the structure of a protein affects its function. Then, the researchers have to design wet-lab experiments (for example, using electrophysiology) to verify their predictions.

Studies of how ion uptake occurs will help to explain why some plants are more tolerant to salinity stress than others.

Dry-lab experiments show where ions approach the protein but not how they pass the membrane via the pore of HKT. The next step is to mutate these potential ion coordination sites (introduce changes in the protein structure) and see whether these changes affect the function of HKT. If they do, this shows that a site is important for the function. If there is no change, this part of the protein is not crucial for protein function.

The structural model of OsHKT2;2 was computer-generated using the I-Tasser server, an integrated platform for automated protein structure and function prediction. Starting from an amino acid sequence, I-Tasser generates three-dimensional atomic models based on the structure of the homologous protein. A comparative model was created for the class II-type HKT channel OsHKT2;2 and embedded in a lipid membrane.

HKT proteins have a structure composed of one amino acid chain that contains four units with each two transmembrane segments and one pore loop. These four units group together to form a conduction pathway (pore) in the center of the protein. In the class II type of HKT studied each of the units contained a conserved glycine in its pore loop (G-G-G-G), while in class I the first glycine is mutated to serine (S-G-G-G).

Electrophysiological measurements
Electrophysiology is an example of a wet-lab method that allows researchers to study the flow of ions through an actual channel in biological tissues. As mentioned earlier, wet-lab experiments are designed to help verify whether the predictions made by computational approaches (dry-lab experiments) are correct.

In this case, a voltage clamp technique was used to characterise the electrophysiological properties of rice OsHKT2;2 proteins heterologously expressed in frog eggs (Xenopus laevis). The current through ion channels is affected by dynamic changes in the channel conformation during gating (the process by which the channel or pore in a cell membrane opens or closes).

To identify the amino acids that are approached by ions before entering the pore, the researchers constructed a model of the wild-type channel protein based on structurally- and functionally-related bacterial channels. They described three functional (electrophysiological) properties for wild-type OsHKT2;2 and examined the occurence and characteristics of these properties in mutant channels.

In other words, to study what role the cation coordination site plays in the ion conduction of OsHKT2;2, various residues (specific amino acids which form the building blocks of a protein) were mutated and then the mutants were experimentally characterised for changes in functionality. One mutant (K504) had a significant effect on the channel’s function compared to the wild-type channel. 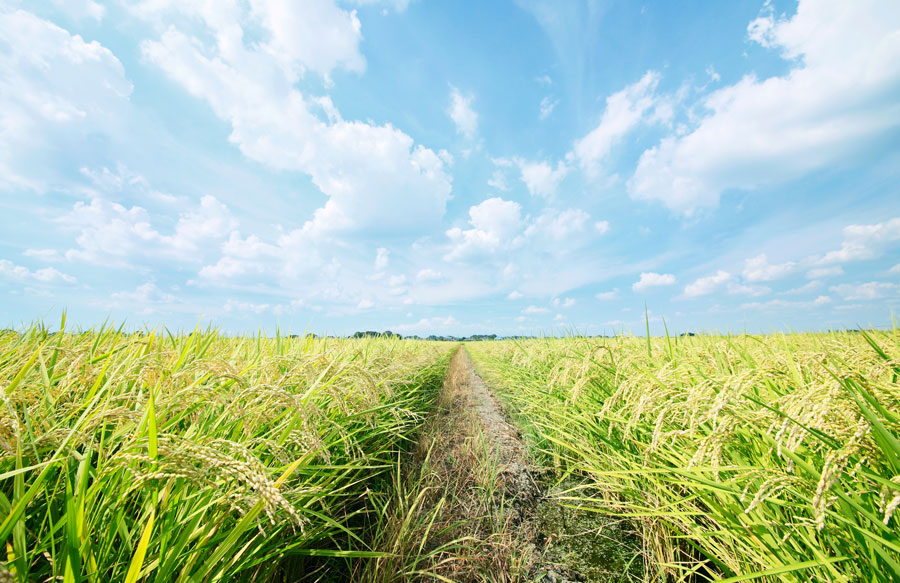 The computational studies found that the extracellular cation coordination site consisted of a positively charged lysine residue (K504) that holds two negatively charged aspartates in place to form a negatively charged environment that attracts cations. Side chain oxygen atoms of the two aspartates, together with the backbone oxygen of a third residue, appeared to capture Na+ and K+ ions from the extracellular space and put them on a path that guides ions towards the pore and into the cell.

From this, the researchers suggested that the positively charged lysine could be the impulse that cations need to be moved towards the pore. The positive charge and its correct size and position seemed to be crucial for channel functionality. The sensitivity towards changes of one of the parameters in size or charge indicates how finely tuned the structure of the coordination site in the plant’s transporter protein is.

The coordination site was found to be essential for proper ion conduction. Crucial sites, like this, on the extracellular protein surface could help show how different ion species may affect channel conduction behaviour even before entering the pore. Research at CBSM is contributing to the understanding of how Na+ and/or K+ transporting proteins work, which help to explain how plants react under salt stress situations and how they cope with increased Na+ ions in the plant cell for example.

Please tell us more about your future plans for this work in developing and testing promising rice cultivars experimentally?

<> CBSM’s main focus is the structure–function investigation of a variety of proteins involved in diverse cellular processes. The aim is to explore and characterise protein structures to understand their function, which is tightly connected to the structure. When an interesting feature in a protein structure has been identified, it is tested using the actual protein in a biological environment. 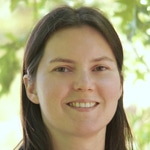 Dr Riedelsberger studied Biology at University of Potsdam, Germany (2003-2009). She completed her PhD at the University of Potsdam and Max-Planck-Institute for Molecular Plant Physiology financed by a fellowship of the International Max Planck Research School (2009-2013). Following that, she moved to Chile in 2014 and began her Postdoc fellowship. In 2017, Dr Riedelsberger started an academic position at the University of Talca financed by the project PAI from Conicyt.

Dr Riedelsberger’s primary research interest explores the relationship between the structure and function of ion channels and ion transporters.