Biology
River estuaries are vital bodies of water that provide multiple ecological services, such as nutrient cycling, climate change adaptation, and habitats for a wide range of ecologically and economically important species. In recent years, estuary habitats have been highly degraded by human activities. For this reason, their protection, restoration, and conservation are fundamental. Dr Rei Itsukushima and colleagues at the Tokyo Institute of Technology seek to investigate the relationship between human impacts and the habitat structure of river estuaries to create effective environmental conservation and restoration strategies.

Throughout the last 10,000 years, the Earth’s coastal waters have become increasingly rich, especially in estuaries – vital bodies of water that form where freshwater rivers meet the open sea. These ecosystems are dynamic and complex, yet undeniably fascinating: their fluctuating conditions vary according to the changing energy and action of periodical tides, waves, and the mixing of freshwater and saline water. This variation makes them highly rich in biodiversity, land nutrients, and valuable natural resources.

For decades, these assets drew tremendous attention, leading to the beginning of the overexploitation and disturbance of estuarine environments. As a result, estuaries became a target for human activities that resulted in severe, negative impacts, such as habitat destruction, water degradation and the reduction of their natural resources. As this situation became worse, the urgent need for protection and restoration of river estuaries became the new focus of attention.

Estuaries are unquestionably important. But research studies carried out by organisations such as The National Census on River Environments and the National Survey on the Natural Environment have analysed the environmental conditions of large estuaries found in continental rivers. While these studies have resulted in substantial and effective advancements, small- and medium-sized estuaries – generally managed by local governments – still urgently need to be protected and conserved. This can only be achieved by unravelling their underexplored and unique characteristics. 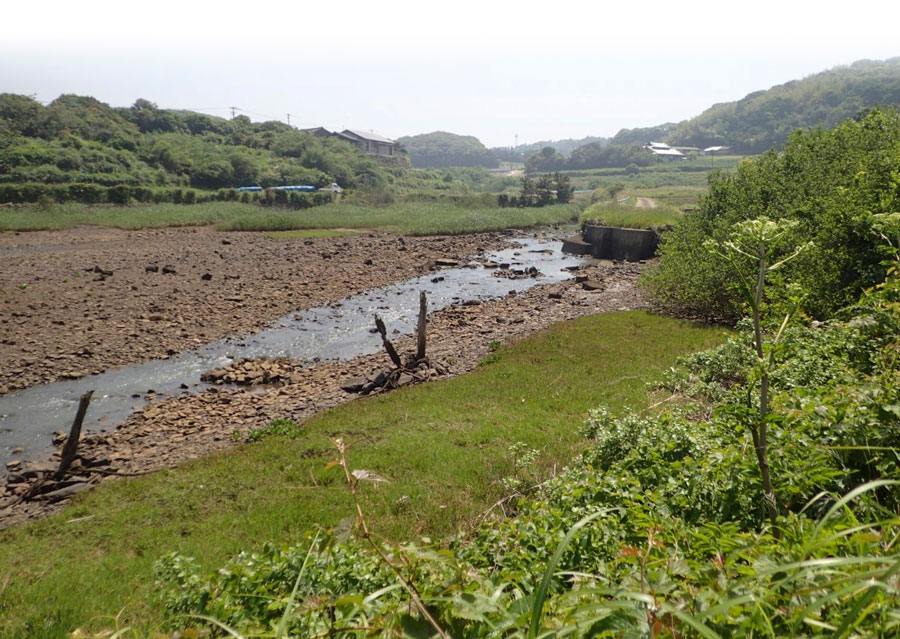 To better understand these complex ecosystems and establish conservation strategies to restore and protect them, Dr Itsukushima and fellow researchers at the Tokyo Institute of Technology have dedicated a significant part of their work to study their ecological nature. They use molluscs as biological indicators to analyse the relationship between fauna composition, habitat characteristics, and the physical attributes of these understudied environments.

Using molluscs to identify human impacts
Estuaries represent distinctive habitats that guard a rich diversity of aquatic organisms, enabling them to thrive, reproduce, and adapt to their unique water conditions. Their well-known nickname of ‘nurseries’ reflects this protective function.

These habitats vary depending on the physical and geographical features that characterise each region; therefore, the species that inhabit these productive waters tend to differ between each type of estuary. So accurate classification of estuaries is a fundamental step towards fully understanding them.

Numerous studies have focused on using fish, phytoplankton, and benthic communities (which live on the bottom of the estuary) as biological indicators. Dr Itsukushima and colleagues, however, have opted for the use of molluscan fauna to understand river estuaries and measure human impacts that have affected these important habitats. They chose molluscan fauna because they respond sensitively to water quality and bottom sediments. Their low capacity to thrive in different environments makes them ideal to represent the river estuary environments and act as biotic indicators.

Classification of estuaries means protection
Since the 1950s, scientists have established different classification types to identify and describe large river estuaries in the United States, Europe, Australia, and South Africa. However, in Japan, where human activities have increased due to rising population levels near river estuaries, pertinent classifications are key to establish effective environmental conservation and restoration strategies.

The research team suggested that, by using molluscan fauna, they would be able to classify river estuaries according to physical indicators that reflect the estuarine environmental conditions, a fundamental step towards conservation. Therefore, from 2015 to 2016, they worked unceasingly, carrying out sampling of molluscan fauna and analysing physical indicators such as river, tide, and wave energy, as well as habitat indicators such as sand, vegetation, gravel, silt, bedrock, and concrete, that may influence the presence of aquatic fauna.

Their approach paid off. They discovered that physical indicators, such as the energy of waves and the type of vegetation, strongly influenced the presence and species composition of molluscan fauna in the river estuaries. Thanks to these noteworthy outcomes, they developed an estuarine classification using these physical indicators, that resulted in three types of river estuaries: wave energy-dominated, tide-energy dominated, and low tide- and wave-energy dominated groups, and showed that molluscan fauna can be exceptionally useful when representing the environmental conditions of these essential bodies of water.

The researchers state that, while some rivers may share similar physical characteristics, the modification and deterioration of these habitats as a result of human activities can strongly influence and negatively affect the presence and diversity of aquatic wildlife populations such as mollusc species and shellfish fauna. For this reason, effective estuarine restoration might be the key to prevent this damage and protect the suite of benefits, services, and resources these unique ecosystems provide.

Molluscan species, however, might not be able to reappear even if conditions are improved due to unsuitable watershed scale factors, such as tides, waves, and river energy that impede the recolonisation of a diversity of species. Understanding the complexity of their distribution could provide meaningful information to researchers and stakeholders whose intention is to improve and preserve estuarine habitats. As the conservation and restoration of river estuaries require the prediction of species’ appearance after improvement, Dr Itsukushima’s prediction model connects the missing pieces and provides the route to reach this objective.

The comprehension and further study of these alterations may also enable scientists to identify river estuaries that have been degraded by human activities. These results have prompted Dr Itsukushima to continue his work on the protection of smaller, but certainly not less important, river estuaries.

River estuaries function as habitats for threatened species
In 2018, with an aim of conserving small- and medium-sized river estuaries, the team initiated an expedition that included an extensive sampling of molluscan fauna in 70 estuary rivers with diverse environmental conditions in the region of Kyushu, Japan.

Japan is characterised by a prolonged and complex coastline, geographically variable tides, and rivers of diverse sizes. This results in a range of different types of estuaries that vary according to the regions’ geography and physical characteristics.

Their results showed that, across all the explored rivers, over 40% of the collected molluscan species belonged to threatened species. While the number of species considered as ‘critically endangered’ and ‘endangered’ was low, the magnitude of threatened individuals was alarmingly high.

Estuarine restoration might be the key to protect the benefits, services, and resources these ecosystems provide.

Conservation strategies to safeguard the future of estuaries
The research by Dr Itsukushima and his team has contributed to novel insights on the ecological structure, composition, and the natural and anthropogenic influence that affect the small- and medium-sized river estuaries that, to this day, remain understudied. 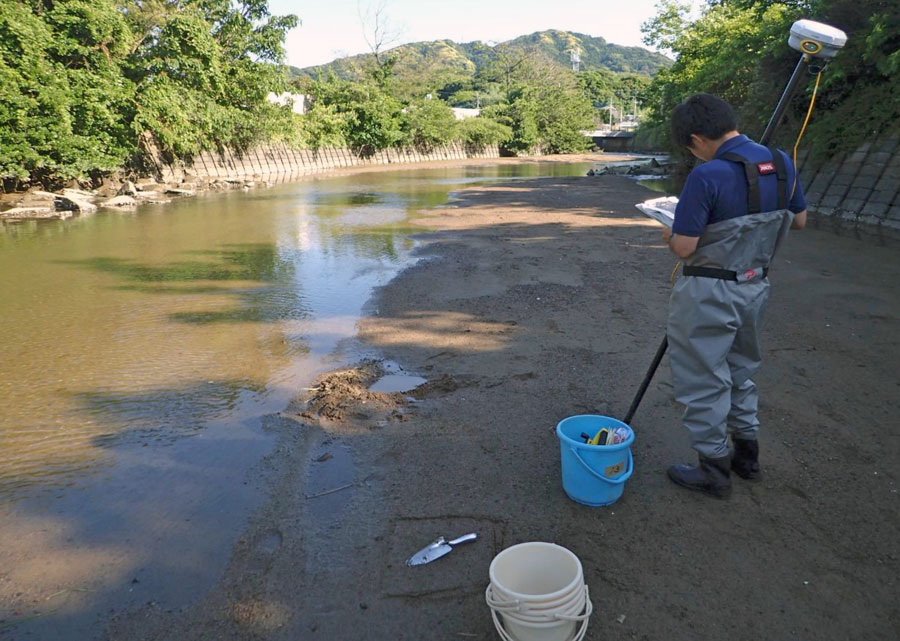 With the collaboration of the Japan Society for the Promotion of Science and the River Fund managed by The River Foundation, Dr Itsukushima’s future research aims to clarify the relationship between direct and indirect human impacts and the habitat structure of river estuaries.

The disappearance of habitats in estuaries remains a priority for today’s environmental conservation efforts as estuaries are still vulnerable, yet highly important ecosystems.

The implementation of river improvement technology, the prediction of mollusc species’ presence in different types of estuaries, as well as further research on how human activities affect medium- and small-sized estuaries will be fundamental to plan, create, and manage successful strategies for the conservation and restoration of estuary habitats.

Are there other regions with small- and medium-sized estuaries you have an interest to perform research in?

I am interested in the river estuaries of south-eastern Asia because the fauna there is finely divided due to the complex topographic conditions (i.e., multiple peninsulas and islands). Further, there are many primitive rivers without anthropogenic impact in the area. I would like to investigate the rivers in various environmental conditions and reveal the physical and ecological situation in rivers without human impact. 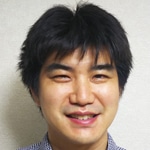 Dr Itsukushima is a scientist of river engineering and assistant professor at Tokyo Institute of Technology. His work aims to realise a well-balanced relationship between nature and human society. He is engaged in research on water disasters, river ecosystems, and river topography in the catchment area from headwater to coastal zone.

Dr Itsukushima’s work examines the complex habitats of river estuaries and the impact of human activities on them.