Physical Sciences
Ionising radiation, including high-energy electrons, is usually something best avoided. However, nuclear accidents and even medical tools mean that human tissue is occasionally exposed to it. After the ‘Atomic Age’ of the mid-1900s, understanding the effect of radiation on the human body has been recognised as of paramount importance. Dr Jelena Tamuliene’s most recent research at Vilnius University is into the effects of ionising radiation on the amino acid glutamine. Theoretical analysis using Hybrid Density Functional Theory alongside experimental analysis using mass spectrometry allows us to better understand how glutamine is affected by ionising radiation.

A three-blade turbine on a yellow background is surely one of the most recognisable symbols for danger. For many, this symbol may conjure ideas of the nuclear industry, but it is more precisely a warning against ionising radiation.

Incredibly damaging whilst also a powerful medicinal tool – this is the paradox of ionising radiation. Perhaps one of the most pertinent examples is Marie Skłodowska-Curie: she discovered the elements polonium and radium, coined the term ‘radioactivity’ and pioneered the use of X-rays in World War II. Her work with substances that emit ionising radiation earned her two Nobel prizes and eventually cost her life.

Proteins are especially ‘at risk’ biomolecules because their structures – a sequence of amino acids folded into a precise bundle – determines how they perform their cellular functions. Proteins with altered amino acids could behave differently, causing abnormal cellular behaviour.

Dr Jelena Tamuliene, Senior Research Fellow at the Faculty of Physics at Vilnius University in Lithuania, together with her colleagues from the Institute of Electron Physics, Uzhhorod, Ukraine, studied the destructive effects of ionising radiation on amino acid molecules. Their most recent research investigates at an atomic level the effect of high-energy electrons on glutamine (see Fig. 1), an amino acid used in the biosynthesis of proteins.

The present research is comprised of two parts. Firstly, the experimental team exposed the samples of glutamine to various doses of ionising radiation in the form of high-energy electrons and carried out the mass spectrometric analysis of the molecular structure at the magnetic mass spectrometric apparatus (see Fig. 2). Secondly, Dr Tamuliene makes theoretical predictions via a type of analysis called hybrid functionals, which allows the simulation of molecular geometry and energy parameters of the glutamine molecule. The combination of experimental and theoretical examination leads to a deep level of analysis of the effect of high-energy electrons on glutamine.

Bombardment and mass spectrometry
Exposing a sample to high-energy electrons in the region of tens of mega-electronvolts (MeV) is not something possible with a standard laboratory kit – achieving these energies requires an electron accelerator. At the Institute of Electron Physics in Uzhhorod, Ukraine, experimentalists placed three foil envelopes containing glutamine under the electron beam generated by such an electron accelerator (a microtron) and exposed the above samples to different doses of 11.5 MeV electrons. The above samples were irradiated for different lengths of time, to achieve three different doses of ionising radiation: 5, 10, and 20 kiloGrays (kGy). These irradiated samples, plus a sample not exposed to ionising radiation, were then analysed using mass spectrometry. Mass spectrometry is an analytical method which uses electrons to break molecules apart into ions. The resulting ions are known as ‘fragments’ (see Figs. 3–11) – normally, these are parts of a molecule where one or two bonds have broken.

Fragment ions can be detected by their ‘m/z’ – their mass-to-charge ratio. Almost always, the charge of the fragments is +1, meaning the m/z value is equal to the mass. As an example, methane has one carbon atom with mass 12, and 4 hydrogen atoms with mass 1 each. Its ‘molecular ion peak’ is m/z=16 – the mass of all its atoms. It would also have a fragment peak at m/z=15 – the mass of the CH3+ fragment which results from one carbon-hydrogen bond being broken.

Mystery in the mass spectrum
Experimental mass spectra displayed an interesting pattern: most of the samples had fragments with similar abundances, suggesting that the structure of glutamine is fairly similar regardless of irradiation dose. However, there were some exceptions to the rule.

Irradiation is liable to transform the structure of the amino acids, causing the movement of hydrogen atoms around it.

Firstly, glutamine samples exposed to high doses of high-energy radiation in the microtron led to the creation of a huge amount of fragments with m/z=16 and 17. Secondly, the m/z=29 fragment, present in large quantities from non-irradiated glutamine, was much less abundant in the measured mass spectra of irradiated glutamine. Thirdly, the most intriguing pattern: a peak at m/z=28. In non-irradiated glutamine this peak was very low. A small radiation dose of
5 kGy increased the amount, but 10 kGy caused another decrease. By 20 kGy of radiation, the amount increased to a similar level seen in the 5 kGy dose.

Identifying the main peak
Explaining these kinds of patterns is not exactly a walk in the park. An m/z value can sometimes be easily attributed to a part of the molecular structure, but quite often multiple structures within a molecule have the necessary atoms to reach the m/z total. A good example of this is seen in the most intense peak for all four spectra: m/z=84. Glutamine has a total mass of 146, so fractions of the molecule which sum to a mass of 62 must have been removed to create the m/z=84 fragment. The structure of glutamine offers multiple ways of doing this.

Exposing a sample to high-energy electrons in the region of tens of mega-electronvolts (MeV) is not something possible with a standard laboratory kit.

The theoretical analysis gives a very strong indication that the first group to fall off the glutamine molecule is the COOH, with a mass of 45. The remaining 17 to make 62 could come from OH or NH3. An –OH group is present in glutamine, but the theoretical analysis also predicts that ionising radiation could result in an H moving from one –NH2 group to the other, forming an NH3. The m/z=84 peak can either be explained by glutamine losing COOH and OH, or COOH and NH3.

Tricky fragments
The pattern of m/z=28 is harder to explain, but the team performing this work has a neat proposal to explain why this fragment increases, decreases and increases again as the radiation dose increases. For the non-irradiated glutamine, m/z=28 is present in a small amount. The slightly larger fragment m/z=29 is strongly present and is very likely to be HC−NH2+. m/z=28 will therefore be a similar fragment with an H missing: HC−NH+.

The glutamine irradiated at a dose of 5 kGy displays a decrease in m/z=29 and an increase in m/z=28, which suggests that irradiation degrades the NH2 group in some way. At the doses of 10 and 20 kGy, the production of fragments at m/z=17 and 16 become important – these likely correspond to NH3+, and further fragmentation to NH2+. The fact that these peaks are present is good evidence of irradiation causing the formation of an −NH3 group, as was predicted by theoretical analysis.

Isobaric ion formation
There remains one final part to the mystery: why does m/z=28 increase again for the 20 kGy glutamine? The NH3+ peak is higher than ever, meaning that the answer is not likely to lie in the formation of HC−NH. Instead, it is likely that there are other ions which contribute to m/z=28, which are formed in greater quantities during mass spectrometry of amino acid that has suffered severe damage from high doses of irradiation.

Dr Tamuliene et al proposed two possible ions which could also have an m/z=28: C=O+ and CH2CH2+. Increased production of these fragments, along with some HC−NH+, could be responsible for increasing what is known as the ‘isobaric ion yield’ – the total sum of multiple fragments with the same mass but different compositions.

Glutamine’s NH2 groups are at risk
With this mystery resolved, the spectrometric and theoretical evidence demonstrates that when glutamine is irradiated with high-energy electrons, most of the molecule remains intact – but specifically vulnerable are the −NH2 groups present in this amino acid. Irradiation is liable to transform the structure of the amino acid molecules, causing the movement of hydrogen atoms around the molecule.

Understanding how radiation affects amino acids makes it possible to better trace processes occurring in cells, giving us a better context for analysing how to minimise the harm caused by ionising radiation, but also to better utilise it as a technology for good. 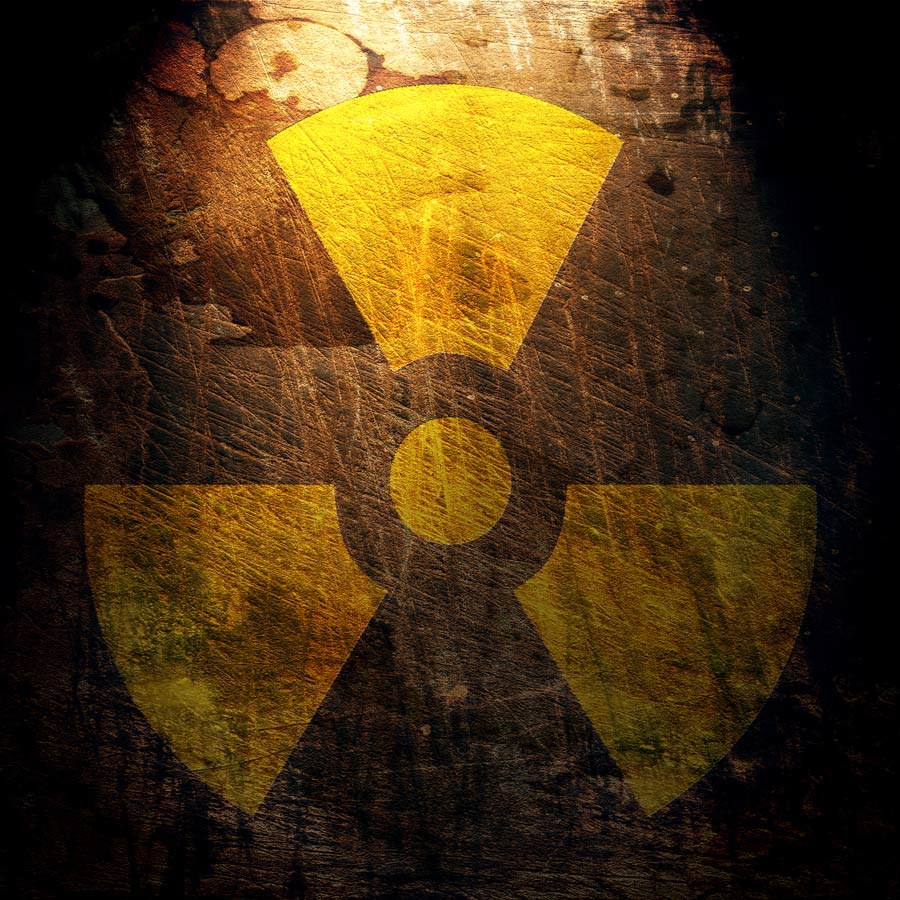 Do you plan to perform similar tests with other amino acids, and how do you think they might compare to glutamine under the same procedure? 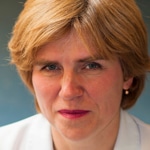 Jelena Tamuliene graduated at Vilnius Pedagogical University. She defended her PhD at the Institute of Theoretical Physics and Astronomy. Currently, she performs investigations at Vilnius University. The field of investigations is modelling of new materials with specific electrical and optical properties, predicting chemical reactions and processes necessary to create a final product.

Dr Tamuliene studies the destruction of amino acid molecules when in contact with ionising radiation in order to find ways to minimise the harmful impact of radiation on the human body.

Dr Tamuliene collaborates with the Laboratory of mass spectrometry of the Institute of Electron Physics of National Academy of Sciences of Ukraine, namely: Prof Alexander Snegursky, Dr Vasyl Vukstich and Dr Liudmila Romanova. The whole scientific team thanks Prof M. Cegla and I.G. Megela for their assistance. Dr Tamuliene is grateful for the high-performance computing resources provided by the Information Technology Open Access Centre of Vilnius University.

One thought on “Amino acids bombarded with ionising radiation – what breaks first?”