Earth & Environment
Changes in global sea level have been ongoing throughout the Earth’s geological history, driven by the growth and decay of ice sheets. The Last Glacial Maximum – when ice sheets were at their greatest extent – occurred as early human communities were developing, often focused in coastal areas such as the Mediterranean Basin. Dr Emanuele Lodolo of the National Institute of Oceanography and Applied Geophysics in Trieste, Italy, uses a combination of geophysical data and computer modelling to understand coastline evolution and map out palaeogeographic reconstructions. Post-Late Glacial Maximum sea level rise will have caused mass human movement away from a disappearing coastline, and their work will support future underwater archaeology studies.

The familiar outlines of Earth’s continents are defined by the oceans. Changing the depths of the oceans causes islands to submerge when sea level rises, and coastlines to expand when it falls. But what drives the rise and fall in our sea level? Ultimately, our climate is the driving force behind these changes. Water is locked within the ice at the Earth’s poles, but the quantity frozen is not always the same.

We are very familiar with the current rapid climate change and its effect on our oceans. Rising temperatures caused by increasing anthropogenic greenhouse gases is driving rapid melting of both continental ice sheets and polar sea ice. Global sea level is rising on average about 3 millimetres per year. However, there have also been almost continual changes in our sea level over thousands and millions of years due to long-term shifts in global climate that are recorded within ice cores and geological records.

Dr Emanuele Lodolo is a marine geophysicist at the National Institute of Oceanography and Applied Geophysics in Italy. By using a combination of computer modelling and geophysical data, he and his team work to reconstruct coastlines from thousands of years ago (palaeogeographic reconstructions). Just as the changing sea level today will affect humanity’s coastal and island populations, so too did ancient changes in sea level affect early human civilisation. Dr Lodolo is particularly focused on the geological record and archaeological traces in the Mediterranean Basin.

Water level rose rapidly, and pulses of up to 60 millimetres rise per year would have been noticed within generations.

Introducing the Last Glacial Maximum
Throughout Earth’s geological history, ice coverage has varied from little or no ice permanently at the poles to being almost completely covered in ice during extreme ‘Snowball’ Earth periods. Some of these changes to Earth’s climate are caused by singular events, such as major volcanic eruptions releasing significant greenhouse gas quantities into the atmosphere, or asteroid impacts causing global cooling. However, much of Earth’s glaciations and deglaciations occur in long cycles lasting over thousands and millions of years, driven by the shape of the Earth’s orbit and the tilt of its axis.

These cycles of global warming and cooling cause water to freeze and melt, changing global sea level and the shape of continental coastlines. Geologists can identify these changes in environment along the coastlines by studying the types of deposits made within different coastal environments. For example, today you might study a coastline on a map and see beaches, cliffs and estuaries where the land meets the sea. These are all affected by tides, perhaps being covered twice a day, which again leaves certain signs within beach and estuary materials. Further out in the shallow waters we see ripple marks in the sand which eventually disappear as the water becomes deeper and the base of the waves no longer scour the sea floor. As sea level rises and falls, geologists can look through sediments and rock strata to see where coastlines once were and to track the rise and fall of sea level as Earth moves between glacial and interglacial periods.

The Last Glacial Maximum is the most recent time that ice sheets were at their greatest extent. Around 33,000 to 20,000 years ago, much of the Northern Hemisphere was covered by large ice sheets. So much water was locked into the ice sheets that global ocean level were thought to be around 125 metres lower than today and the shape of the world’s coastlines looked very different. During this time, early human Palaeolithic communities were present in the Mediterranean Basin. The following sea level rise that began as these vast ice sheets melted had a large impact on these coastal populations.

Geophysical data and computer modelling
Understanding how early civilisations responded to significant rises in sea level is particularly challenging, as archaeological traces of their coastal settlements are now deep underwater. Dr Lodolo is using a combination of techniques to identify exactly when the post-Last Glacial Maximum sea level rise occurred to aid the reconstruction of the history of these early coastal communities. Recent work by the team has looked particularly at the coastline evolution of the north-west Sicilian Channel. Part of the Mediterranean Basin, it would once have been an ideal location for early human communities.

Mapping out changes in coastlines supports archaeological research into how our early ancestors coped with extreme environmental changes.

To reconstruct coastline evolution, the researchers analysed high-resolution seismic profiles of the now underwater sediment in the Sicilian Channel from a research vessel. These sediments, laid down over thousands of years under a variety of water depths, indicate a clear horizon that marks the time when sea level began to rise relative to the land (a marine transgression). This surface can be recognised by the effects on the sediment by shallow sea waves and can clearly be recognised within a high-resolution seismic profile (an image of sediment or rock strata created by measuring the reflections of seismic waves as they travel through the sediment). The research team combined this with detailed, high-resolution bathymetric mapping of the area, where a topographical map of the underwater sea floor terrain is drawn by measuring the depth of the water body relative to the surface.

Dr Lodolo and his colleagues then compared the locations of the post-Last Glacial Maximum marker points with palaeocoastline predictions from a Glacial Isostatic Adjustment model. Glacial Isostatic Adjustment (GIA) models describe how the Earth responds to major ice sheet melt, including both geophysical changes as well as fluctuations in Earth’s oceans. When a continental ice sheet melts, the rise in sea level from the influx of meltwater is not the only effect on the planet. Earth’s more rigid crust sits on top of the outer mantle, which can deform over long periods of time. The rapid removal of the large weight of ice from the crust causes both the rigid crust to rebound and the softer mantle beneath to deform over long periods of time. These types of long-term changes are known as isostatic adjustment and must be taken into account when assessing rises in sea level.

Coastline evolution in the Sicilian Channel
By combining seismic profiling and bathymetric mapping with a GIA model, Dr Lodolo and his team were able to show that the two techniques work well together to identify the evolution of submerged coastlines and relative sea level change. Seismic profiles add further detail to the broader modelled area, allowing extrapolation of the model even to areas that do not have available geophysical data.

The team were able to identify a clear palaeocoastline for the north-west Sicilian Channel at the end of the Last Glacial Maximum. Identifying where the coastline was located prior to the rise in sea level is important for future archaeological work, and now-submerged archipelagos in this area, such as the Adventure Archipelago, are of particular interest for their use by early humans. The Mediterranean was an important location for early human development, and some of the earliest civilisations. Coastal areas are often rich in sources of food, and for these early civilisations it provided an important route for trade and communication between the East and West. The Palaeolithic communities present at the time of the Last Glacial Maximum were late Stone Age peoples who were likely living as hunter-gatherers. Using marine acquisition technology, including Remotely Operated Vehicles capable of underwater exploration, it will be possible to identify traces of these early settlers along this now submerged coastline. The work by Dr Lodolo and his team will help to guide these underwater archaeology investigations, helping to expand current knowledge of early Mediterranean civilisations, especially studying the technological innovations of the time.

The sea level rise after the Last Glacial Maximum will have had a significant effect on coastal communities. Water level rose rapidly, and pulses of up to 60 millimetres per year meant that rises in sea level would have been noticed within generations, and even annually by communities on the coastline. Human settlements will have been quickly abandoned as people were forced to migrate. It is an interesting reflection of our current environmental change, where millions of people currently live in coastal areas that will become submerged under the current sea level rise projections, perhaps driving a modern-day migration. Mapping out the changes in coastlines through geological time supports important archaeological research into how our early ancestors coped with these extreme environmental changes. 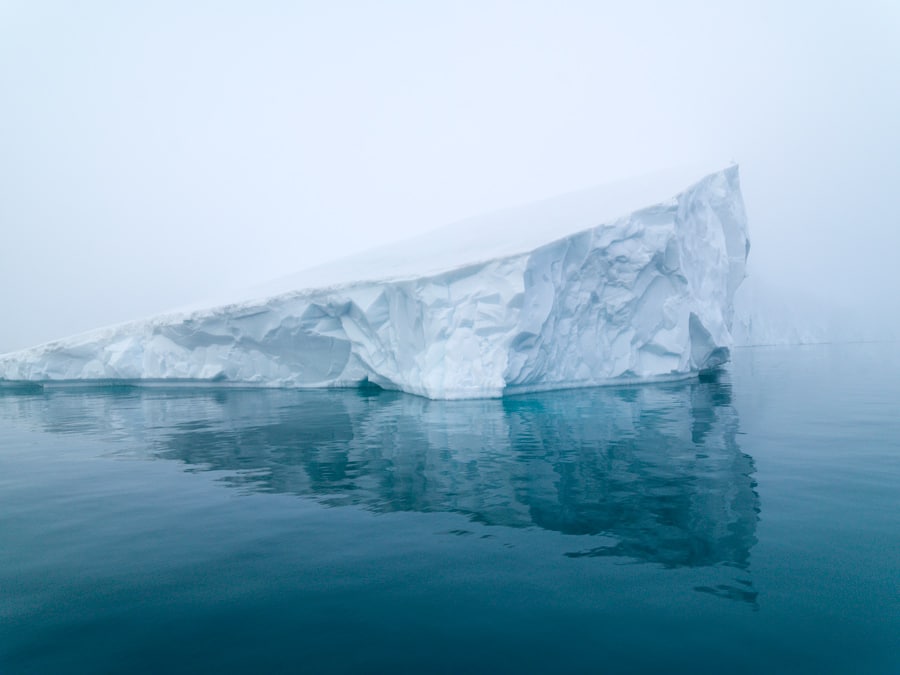 What traces of early human communities do you think underwater archaeology projects will discover in the Mediterranean Basin?

<> Modern marine technologies allow coastal areas to be mapped with extreme detail. The possibility of finding traces of ancient settlements now submerged depends on how areally extensive these investigations are, and on the fact that they should be oriented in areas where the thickness of sediments is particularly low and in water depths not exceeding 50-60 metres. Recent archaeological findings in many parts of the Mediterranean coastal areas testify that the potential for new discoveries in this basin, considered the cradle of Western civilisation, is undoubtedly enormous and still underestimated.

Coastline evolution: The rise and fall of sea level through time was last modified: July 29th, 2020 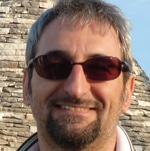 Emanuele Lodolo is a marine geophysicist at the National Institute of Oceanography and Applied Geophysics (OGS). He took part in several campaigns both at sea and land in the frame of international scientific projects, some of them performed in Antarctica. Presently one of his primary interest is the palaeogeographic reconstruction of some key areas of the Mediterranean Sea, and its implications in the field of underwater archaeology.

This research has been partially funded by the Italian “Ministry of University and Research” in the frame of the project FASTMIT.

2 thoughts on “Coastline evolution: The rise and fall of sea level through time”