Physical Sciences
The difficulty of defining the true nature of information has sparked a rich, seemingly unending variety of questions over the past centuries; from the nature of the human soul to whether artificial intelligence can gain consciousness. Now Daniel Boyd, an independent researcher in the Netherlands, believes that these problems could be solved if we view information as a substance residing in its own separate dimension, which exists in tandem with the physical world. The answers his theories could provide have profound implications for our understanding of our minds, as well as the capabilities of information technologies.

Although our consciousness is as real to us as the physical objects we interact with every day, its tenuous relationship with the physical world has kept philosophers engaged for centuries. According to Descartes, our minds are entirely separate from the physical world and yet linked to our bodies in some undefined way in order to exert their influence. However, since this is an entirely philosophical concept that cannot be scientifically tested through experiment, modern researchers find little satisfaction in Descartes’ theory.

In the present day, the true nature of both information and consciousness continues to spark fierce, long-standing debates between physicists, neuroscientists and philosophers with an abundance of conflicting viewpoints and little progress towards a universal solution. Now, Daniel Boyd believes that this deadlock could finally be overcome by considering information as a substance existing in its own separate, yet very real dimension. 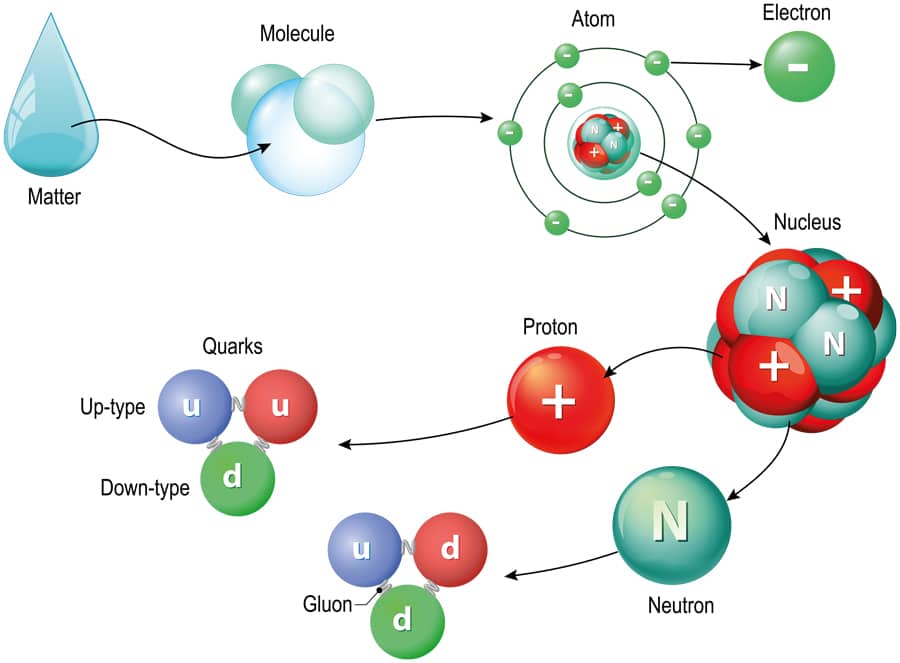 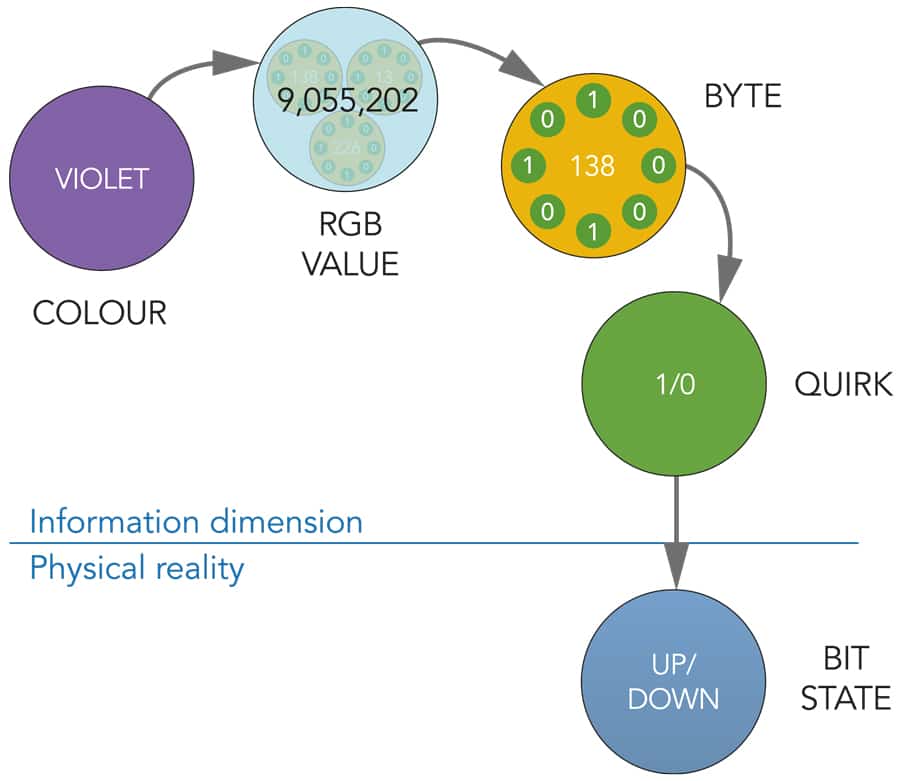 Information as a non-physical substance
Information is often considered to be an ‘abstract’ property, less real than measurable physical properties such as the charge of a particle or the mass of an object. However, Boyd argues that this isn’t the case. To explain why, he turns to the phenomenon of ‘emergence’, which is found in systems in which novel properties arise when different parts interact with each other. To take a very simple example, the forward motion of a bike can only occur when the bike and rider interact: neither can reproduce the overall behaviour on its own. Similarly, complex information phenomena must be the emergent product of interaction between information entities with more primitive properties. In order to interact, these entities, while not physical, must be real and act according to their own laws. In line with their physical counterparts, Boyd proposes the term ‘information quark’ or more succinctly ‘quirk’ for the most fundamental of these information entities.

Boyd redefines the boundaries of reality to include an ‘information dimension’: a real, definable counterpart to the physical dimensions.

Proposing a new particle is rather audacious: where do they come from? Boyd suggests that a quirk is the information created when two physical entities interact. This changes the state of each participant in a way that is related to the state of the other entity. What characterises an information system is that it uses this state not on its face value, but as a representative of the entity it previously interacted with. For instance, a computer reading a magnetic state does not act on that state, but on the binary value written into it.

An expanded view of reality
Any real entity must exist somewhere, and non-physical entities cannot exist in the physical world. To house them, Boyd redefines the boundaries of reality to include an ‘information dimension’: a real, definable counterpart to the physical dimensions. Together, the two dimensions exhibit a ‘substance dualism’ which constitutes our reality.

Since our senses evolved to perceive the 3D world of matter and energy, it isn’t easy for us to visualise such an additional dimension, but Boyd describes it as a ‘bubble’ created by the brain to contain its multitude of informational quirks. This bubble isn’t a physical structure, but extends outwards from our 3D reality, while remaining firmly attached to its physical substrate. Nor is it a simple fourth Euclidean dimension: the topologies of the information dimensions created by neural networks in particular are highly complex.

Inside the information bubble, informational processes play out just as matter and energy interact with each other in the physical world. From humans to computers to ants, all systems whose characteristics are governed by information have such attached bubbles, and the information processes taking place within them intervene with their physical substrate to cause the behaviours we observe.

Hierarchical structures
For this theory to work, Boyd argues that the processes which occur within the information dimension must be as richly complex as those in the physical world; notably, displaying clear hierarchical structures. A solid material, for example, can be broken down into progressively smaller building blocks, from molecules, down to atoms, nuclei, nucleons, and finally, quarks. Each level has its own properties. Only at the top level does the property of solidity emerge.

Similarly, quirks in the information dimension can combine to form increasingly more sophisticated structures with unique properties. As a simple example, information about colour which is stored on a computer begins with quirks in the form of binary values which combine to form bytes, RGB values, and finally, colour itself. In far more complex scenarios, billions of interacting quirks form hierarchical structures on far larger scales. Ultimately, phenomena that are as different from elementary quirks as consciousness can emerge in this way.

Clearing up confusion
With so many other definitions and theories regarding information and consciousness already in existence, Boyd recognises the need to avoid confusion with other theories which deal with similar issues. Perhaps the most obvious risk arises from the apparent similarity between his substance dualism and Descartes’ mind-body theory, which gives the soul substance but fails to explain its connection to the physical world. In contrast, Boyd shows how the information dimension is firmly linked to the physical dimension through the relationship between quirks and their physical substrate.

Boyd has incorporated elements from many existing fields, including information technology, neuroscience, and complexity theory. This makes it difficult for scientists across these widely varied disciplines to confirm his theories, and may lead some academics to believe that Boyd’s ideas conflict with theirs. Boyd doesn’t consider this to be the case: instead, he believes that his theories provide useful, previously unseen links between these fields.

Freeing the will from physical determinism
One of the most profound aspects of his research is that Boyd’s theory provides a clear answer to the ancient question of whether humans really have free will – meaning that the outcomes of our decisions are not determined by physical laws. To the frustration of many philosophers, this would not be possible if reality is strictly limited to the physical dimension.

Even if AI produces identical output as our minds, it is mistaken to see this as evidence of consciousness.

Boyd argues that if our conscious decision making takes place in the information dimension, it is indeed not determined by physical laws. Furthermore, if our emergent minds exert top-down control over their component quirks, they can influence events in the physical world to which these quirks are connected. He suggests that brains evolved to allow for this influence, as it is necessary if they are to perform their function of controlling physical actions and behaviours in our bodies on the basis of information processes. This frees consciousness from physical determinism but, ironically, in doing so subjugates it to the equally deterministic laws operating in the information dimension.

Consequences for artificial intelligence
Boyd’s theories present a new angle on one of the most pressing questions facing artificial intelligence (AI): whether these systems could one day become sophisticated enough to gain their own consciousness. Using self-learning algorithms and sensors to perceive their surrounding environments, these systems are already capable of acting intelligently in ways that sometimes mimic our own conscious behaviours. As technology improves, concerns grow that we may someday be ethically obliged to treat these systems as sentient beings. 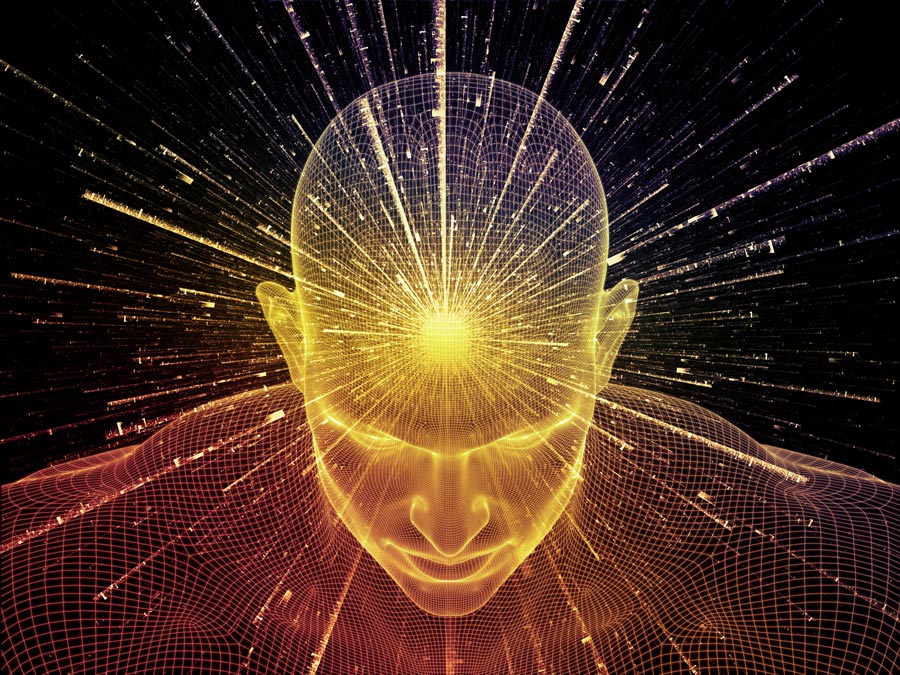 Reassuringly, Boyd believes that his theories discredit this idea. Since AI came about through our own meticulous design and not through evolution, it doesn’t demonstrate the same organic self-organisation as our minds. The emergent phenomena operating within their information dimensions are therefore fundamentally different from those created by our brains. Even if AI produces identical output as our minds it is therefore mistaken to see this as evidence of consciousness. To do so is comparable to assuming that a tractor works using muscles, because we know horses use muscles and can see both pulling ploughs.

The way forward
By recognising the information dimension as a part of reality in its own right rather than seeing information merely as an abstract property of the physical world, Boyd believes that significant new avenues of research could be opened up. He acknowledges that in order to move beyond a purely theoretical framework, empirical evidence is needed. While what we know about the workings of digital computers supports the theory, such evidence will not be easy to obtain for brains. As non-physical phenomena, quirks and the emergent systems built from them cannot be detected using physical instruments. New techniques are therefore required which could one day provide researchers with rigorous, testable explanations for everything going on in the information dimension, including the specific properties of consciousness. For now, he continues to develop his ideas through experiments involving cellular automata, which can be used as experimental models for neural networks. If his theories become more widely researched, they could break new ground in scientific and philosophical debates which have been running for centuries.

What are cellular automata, and how will experiments involving them help us to learn more about the information dimension?

<>A cellular automaton is a grid of cells, each of which can be in a number of states which is determined through a set of rules relating to the states of its neighbours. This can be configured as a simplified simulation of a neural network, in which the states of individual neurons are also determined by the states of neighbours to which they are connected. If designed to simulate self-organising information processes, it should be possible to demonstrate information emergence using such experimental models. This would provide indirect evidence for information emergence in biological neural networks.

An introduction to the information dimension was last modified: July 31st, 2020 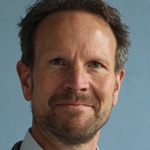 Daniel Boyd studied biology in the early 1980s and was disappointed with the explanations available for the existence and function of complex dynamic biological systems. Since then he has been following and independently researching these topics, most recently with a focus on the emergent information in the brain.

In between the realms of information technology and neuroscience, Daniel Boyd is putting forward a theory of emergent information to explain both human mental capabilities and artificial intelligence.