The majority of clinical trials focus on male participants. Dr Dequina Nicholas, Assistant Professor at the University of California Irvine in the US, argues that there is an urgent need to focus more on women’s health, especially fertility-related complications. She is exploring the impact of what we eat on metabolism, inflammation, and reproduction, expanding the possibility that dietary manipulation can improve conditions such as polycystic ovary syndrome.

Despite making up around 50% of the global population, women are often underrepresented in clinical trials. Many guidelines are based on studies using male participants, and findings are extrapolated to females. This outdated approach means that it is not fully known how to adapt drug regimens, treatment plans, or even training plans for athletes to meet the needs of the female population. But why is it so important to consider sex-specific studies and recommendations?

There are environmental and behavioural differences between men and women, but some differences run much deeper and manifest as molecular and cellular differences between sexes. Even within the female population, there are many subgroups to be considered. It may also be essential to consider other aspects, such as hormonal status.

For example, some diseases disproportionally affect women, including breast cancer and urinary incontinence. Conditions may also look different, with different signs and symptoms in men and women, such as cardiovascular disease or sexually transmitted infections. Women tend to have lower body weight and higher body fat content than men, so taking the same amount of medication (eg, two paracetamol tablets) may result in a higher dose for women and a shift in the distribution dynamics of the drug around the body.

There is an urgent need to focus on women’s health to identify differences between sexes, including response to medications, to allow effective clinical decisions to be made using a person-centered, evidence-based approach. At the University of California Irvine in the US, Dr Dequina Nicholas studies the links between reproductive science, metabolism, and immunology and explores how diet may be a missing piece in the puzzle.

Dr Nicholas explains that a lesser-known function of the reproductive system is to sense and respond to diet, namely through the metabolism of glucose.

Nutrients in the diet are correlated to fertility in women and men. A growing pool of evidence suggests that Mediterranean-style diets, high in unsaturated fats (plant oils, nuts, avocados), whole grains, vegetables, and fish are associated with improved fertility. Higher intake of saturated fat (cakes, biscuits, pastries) is associated with poorer fertility outcomes. However, it is a complicated picture, as lower socioeconomic class, low educational status, and being part of an ethnic minority group can also correlate with less healthy diets and higher weight or body mass index (BMI), making it less clear what the causal factor is.

Regardless, it is beneficial to integrate nutritional counselling and education into clinical guidelines for the management of infertility as this advice has wider connotations for improved health in general. Some countries, such as the UK, do briefly mention the benefits of exercise and dietary advice in guidelines for fertility problems. Still, more detailed advice is missing, and this is likely to be an ongoing issue for other guidelines around the world.

Diet also has a profound impact on metabolism, which in turn can influence hormone balance and reproductive health in women.

You are what you eat

Dr Nicholas explains that a lesser-known function of the reproductive system is to sense and respond to diet, namely through the metabolism of glucose. One example of the relationship between diet, metabolism, and reproductive health is polycystic ovary syndrome (PCOS). This condition affects as many as five million women of reproductive age in the US and is a major cause of infertility globally. PCOS affects how a woman’s ovaries work and can cause complications such as irregular periods, hormone imbalances, and multiple fluid-filled sacs within the ovaries.

The exact cause of PCOS is unknown, but the condition is related to abnormal hormone levels, such as increased levels of insulin, used to regulate blood-sugar levels. Many women with PCOS are resistant to the effects of insulin and produce more insulin to try and compensate. In turn, this can cause an increase in other hormones, such as testosterone.

Insulin resistance can also occur with obesity and may impact fertility by causing damage to developing eggs, or interrupting signalling pathways in the brain that regulate oogenesis, which is the development of an egg cell into a cell with the ability to develop further when fertilized.

Maintaining a healthy weight can improve fertility, perhaps through improved responses to insulin levels in the body, showing a link between what we eat and reproductive health. There is increasing evidence which suggests that a Mediterranean-style diet is beneficial for overall health as well as improving insulin sensitivity. People who follow this diet pattern are less likely to develop metabolic conditions such as type 2 diabetes, which is more likely to occur in women with PCOS.

Nutrients from the foods we eat, including glucose, are sensed by cells that make reproductive hormones. Increasing knowledge of the complex interplay between diet and the reproductive system may help develop new ways to treat fertility disorders.

In addition to the impact of excess nutrient intake, Dr Nicholas has also studied the mechanisms that suppress fertility in response to decreased nutrient availability. Women who are underweight can also experience changes in fertility status, such as irregular or missed periods.

Using a laboratory model, Dr Nicholas’s lab grew cells called gonadotropes. These are cells located in the pituitary gland, an area near the brain responsible for hormone production, and responsible for regulating many reproductive processes.

A subset of neurons secretes gonadotropin-releasing hormone (GnRH). GnRH acts on the gonadotropes and causes them to release hormones such as follicle-stimulating hormone and luteinizing hormone, which cause egg development and release from follicles in the ovaries.

The study found that these gonadotropes can sense and respond to glucose availability through proteins called GLUT-1. This glucose tells the gonadotrope what messages to send to the reproductive system through hormone synthesis and production.

Increasing knowledge of the complex interplay between diet and the reproductive system may help develop new ways to treat fertility disorders.

GLUT-1 proteins play a vital role in diet and metabolism. GLUT-1 deficiency, meaning that glucose transport from the blood into body cells is impaired, can cause an energy crisis in the brain and result in epileptic-type symptoms. In these patients, opting for a very low carbohydrate diet can help manage symptoms: another example of how dietary manipulation can be used to help manage medical conditions.

Understanding more about the impact of diet on reproduction may improve the management of reproductive conditions, such as PCOS, through nutritional interventions.

A review published by researchers from Brazil (Neves et al, 2020) summarizes the results from clinical trials exploring the links between PCOS and nutrition. They found that there is not one specific diet that should be recommended for PCOS but that reducing overall calorie and carbohydrate intake may be beneficial. Carbohydrates are the primary source of energy for the body and are broken down into glucose which is used as fuel. As glucose levels in the blood rise, insulin levels also increase to help cells absorb glucose for energy. If insulin levels are already raised due to insulin resistance, reducing carbohydrates may theoretically help minimize a further increase of the hormone.

Dr Nicholas is also interested in how chronic inflammation correlates with metabolism dysfunction in women with PCOS and what is causing this inflammation. Understanding the mechanisms for inflammation will inform the development of novel, anti-inflammatory therapies.

Interestingly, diet may also have an influence on inflammation. A Mediterranean-style diet is high in antioxidants, substances that protect cells from damage, and may offer a dual benefit to women with PCOS or other reproductive, inflammatory conditions.

How did you become interested in nutrition and women’s reproductive health?

I learned as a postdoctoral researcher that the mouse models for studies of metabolism and type 2 diabetes were consistently done in males only. It became clear to me that females were excluded for non-justifiable reasons including ‘they are more complicated to work with’. This caused me to become interested in metabolic disease in females and how and why it looked different from males. Polycystic ovary syndrome, a female-specific metabolic condition, is the leading cause of infertility in women. My goal is to connect the pieces to figure out why metabolic disruption in females is so different from males and how it impacts reproduction. 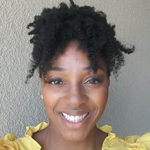 Dr Dequina Nicholas is an assistant professor at the University of California Irvine in the Department of Molecular Biology and Biochemistry. She studies how the immune system and cellular metabolism impact endocrine diseases, particularly type 2 diabetes and polycystic ovary syndrome. 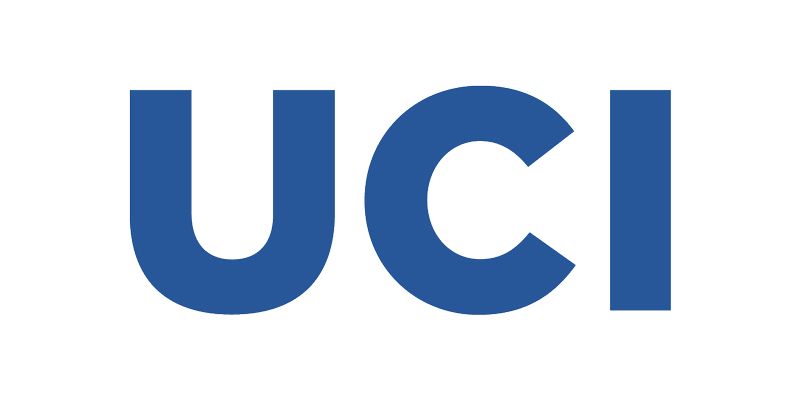