Cardiac muscle cells, also called cardiomyocytes, are essential as they make up the heart muscle responsible for pumping blood throughout the body. Myocardial infarction, better known as heart attack, causes the loss of approximately 25% of cardiomyocytes. These lost cells cannot be self-regenerated. Instead, they are replaced by another type of cells, fibroblasts, that preserve structural integrity by filling the void but that are unable to assume the muscular function of cardiomyocytes. This leads to heart failure: the heart is unable to pump blood efficiently enough to maintain a blood flow that is sufficient to meet the body’s needs.

There is still no efficient therapy to restore heart function. Because the human heart cannot regenerate on its own, a therapeutic approach is needed. Genetic reprogramming has been at the heart of research in this regard: scientists have been trying to target cardiac fibroblasts and transform them into cardiomyocyte-like cells. This is a complex process that presents numerous challenges. Researchers at Toyo University’s Graduate School of Interdisciplinary New Science Ms Priyadharshni Muniyandi and Dr M. Sheikh Mohamed, have developed a promising strategy that consists of encapsulating microRNA – a small non-coding RNA molecule that can genetically reprogramme a cell – in biodegradable PLGA nanoparticles.

Same DNA, different signals, different cells
The body is made of different types of cells that carry out different functions. However, all cells have the same genetic information: genes are identical from one cell to another. What differentiates cells of different types is how these genes are expressed: within the cell, the genetic code written in DNA is translated into proteins but, in each cell, not every single gene is expressed. While some genes are translated into proteins, others are silenced. The combination of genes that are expressed is modulated by various signals. This is what gives a cell its identity: cells end up with different combinations of proteins that assume specific functions. 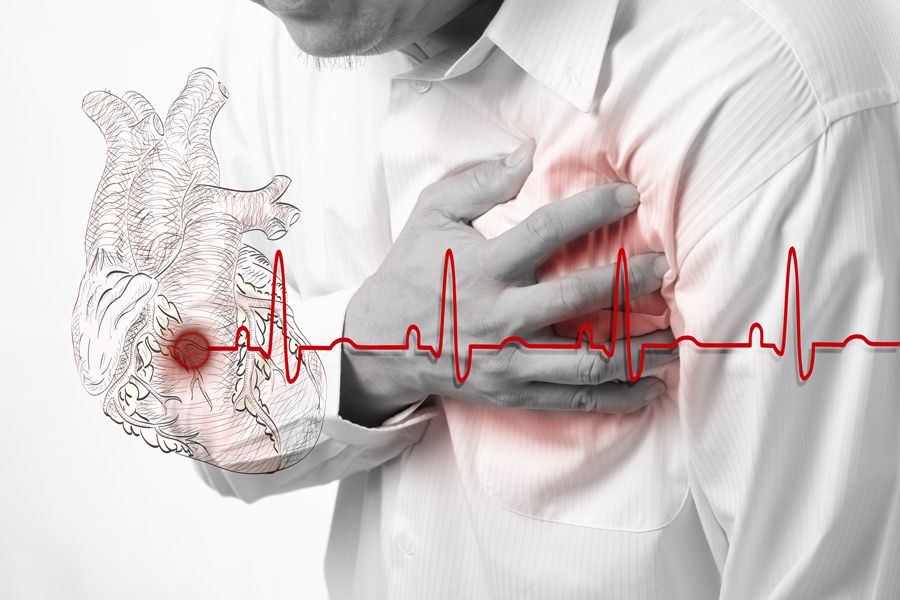 Once its identity has been defined, the cell keeps expressing the same combination of genes that are characteristic for its newly acquired type. Like so, cardiomyocytes express genes that are translated into proteins giving the cells their unique properties. In the meantime, cardiac fibroblasts produce the extracellular matrix, a connective tissue that supports cardiac cells.

Genetic reprogramming relies on the fact that all cells have the same DNA but receive different signals that make them express different genes and define their identity: genetic reprogramming aims to mimic a certain signal to change the cell’s identity. In the present case, Muniyandi and Mohamed use specific microRNAs as signals to reprogramme cardiac fibroblasts to cardiomyocyte-like cells.

There is still no efficient therapy to restore heart function.

The roles of microRNA
Gene expression is a multi-step process: DNA (deoxyribonucleic acid) is first transcribed into mRNA (messenger ribonucleic acid) which is then translated into a protein. Transcription and translation are both modulated by various factors. MicroRNAs, small RNA molecules whose sequences are complementary to the sequences of target mRNAs, are part of these modulating factors: the binding of a microRNA to a target mRNA physically blocks protein translation.

By inhibiting protein translation of target mRNAs, microRNAs regulate protein production and, consequently, impact the various processes in which the targeted proteins are involved. MicroRNAs have been associated, for example, with cell proliferation and differentiation. It is the case for miR-1 and miR-133a, two muscle-specific microRNAs that are abundant in the heart and work together: miR-133a enhances proliferation while miR-1 promotes differentiation of cardiac muscle cells.

The use of microRNA for direct cardiac reprogramming has been reported as a potential therapeutic approach for cardiac regeneration. However, success was limited as the process is challenging: administering naked microRNA is difficult because it is easily degraded. Using miR-1 and miR-133a, the researchers aim to finding a carrier that can efficiently deliver microRNA to cardiac fibroblasts.

Choosing the right carrier
Different types of carriers, or vectors, have previously been used to transfect target cells with genes of interest, but most of them are associated with adverse effects.

Viral vectors are convenient tools that rely on the system viruses use to infect a cell: viruses have the ability to introduce their genome into target cells. Viral vectors are viruses that are modified so that they are not pathogenic, and whose genetic material is replaced with the genes of interest. However, using a viral vector can lead to an alteration of gene expression, which is associated with many other side effects such as cancer.

Non-viral vectors such as Lipofectamine have also been used. Lipofectamine is a lipidic molecule that forms liposomes, vesicles which entrap the genes of interest and can easily merge with the target cell membrane. Though Lipofectamine containing microRNA was able to reprogramme mouse cardiac fibroblasts, this system has its limitations related to their short half-life and transient gene expression.

Polyethylenimine (PEI) is another non-viral vector. Positively-charged PEI can form a complex with negatively-charged microRNA and bind to the cell membrane. The complex is then brought into the cell. Though PEI can prove to be an effective carrier, PEI-microRNA complexes are prone to protein coronation: proteins cover the complexes, increasing their size by as much as ten times, which in turn can critically influence their uptake by cells and, therefore, reduce their transfection efficacy. To address this issue, the research team use biodegradable PLGA (Poly(lactic-co-glycolic acid)) nanoparticles to encapsulate the PEI-microRNA complexes.

Success of the nanoparticles
Muniyandi and Mohamed are first to report the use of microRNA delivery using PLGA nanoparticles as carrier for direct cardiac reprogramming of adult human cardiac fibroblasts (AHCFs) to cardiomyocyte-like cells. PEI is used to facilitate the encapsulation of miR-1 and miR-133a into PLGA. To make sure PLGA nanoparticles encapsulated with PEI-microRNA efficiently reprogrammed AHCFs to cardiomyocyte-like cells, the research team carried out different tests along the process.

The synthesis of PLGA-PEI-microRNA nanospheres was efficient, as around 95% of PLGA nanoparticles were encapsulated with PEI-microRNA.

PLGA nanoparticles are one of the ideal choices for direct cardiac reprogramming of fibroblasts to cardiac muscle cells.

PLGA nanospheres are able to efficiently enter the cells with negligible toxicity, which make them promising nanocarriers for genetic reprogramming. The next step was to check that, once the nanospheres were internalised in AHCFs, miR-1 and miR-133a efficiently reprogrammed the cells to cardiomyocyte-like cells. To do this, the number of cells producing α-actinin and cTnT (cardiac troponin T) was assessed. These two proteins are markers of cardiomyocytes. Therefore, the expression of these proteins confirms that the cells have been reprogrammed to cardiomyocyte-like cells. When PLGA nanospheres were used, the number of cTnT-positive cells increased greatly, and more than when AHCFs were transfected with PEI-microRNA complexes or Lipofectamine. The researchers concluded that PLGA nanoparticles are an ideal choice for direct cardiac reprogramming of fibroblasts to cardiac muscle cells.

Nanofibres and hope for the future
There is one more step: PLGA nanoparticles are efficient vectors for genetic reprogramming in vitro but, to regenerate a heart, directly injecting the nanoparticles encapsulating microRNA is not the optimal strategy as the nanoparticles are short-lived and cardiac regeneration would therefore require several injections. To face this challenge, the Toyo University research team is now working on nanofibres which mimic extracellular matrix and promote cell adhesion and proliferation of the cardiac cells. The ultimate purpose of this project is to embed nanospheres in nanofibres and use these microRNA-nanoparticle-nanofibre scaffolds for direct cardiac reprogramming to restore heart function after cardiac injury.

What is the biggest challenge that you overcame in this project?

<>The demand for fractionation plasma will presumably pursue its expansion, with immunoglobulins as its main driver. We should also observe a diversification in the origins of fractionation plasma, with, on the one hand, an increased provision of paid plasmapheresis by a number of emerging industrial countries, and, on the other hand, an increased provision of non-remunerated plasmapheresis by a number of countries that have made the choice to support free blood donation. This could possibly result in a decrease, or in a stabilisation of the share of paid plasmapheresis in the consumption of some countries, in Western Europe for instance. 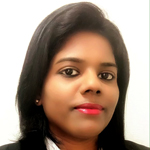 Priyadharshni Muniyandi is a final year Doctoral Scholar at the Graduate School of Interdisciplinary New Science, Toyo University, Japan, with the prestigious Japanese Government scholarship (MEXT). She has an M.Res Degree from the University of Glasgow, followed by a work experience at Hannover Medical University, Germany funded by the Helmholtz Association. She is interested in modulating genetic and epigenetic factors for direct cardiac reprogramming. Henceforth, she aims to find a potential cell-free therapy for cardiac regeneration using biomaterials. 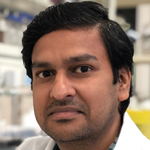 Dr M. Sheikh Mohamed is an Associate Professor at the Graduate School of Interdisciplinary New Science, Toyo University, and a senior researcher at the Bio-Nano Electronics Research Centre, Toyo University. He has considerable experience in developing biocompatible, multifunctional nanomaterials for biological applications with keen focus on targeted drug delivery strategies.

The way we think is reflected in our brain activity
Biology
Read This Article
Soil and groundwater contamination: An old and new issue needs to be solved
Earth & Environment
Read This Article