Dr Mamoun Alhamadsheh is Associate Professor at the University of the Pacific, Thomas J. Long School of Pharmacy and Health Sciences, California. He heads a multi-disciplinary team working in the field of protein-protein interactions. Their research is focused on the development of new treatments for diseases caused by protein aggregation, including Alzheimer’s disease and transthyretin amyloidosis. Their current work in peptide conjugation is showing great promise. After publishing their work in the prestigious journals PNAS and Nature Chemical Biology, the team are now about to embark on exciting new clinical trials to evaluate the efficacy of a new therapy for a form of heart disease caused by transthyretin amyloidosis.

Amyloidosis is a group of rare but serious conditions caused when deposits of damaged proteins known as amyloid fibrils, accumulate around tissues and organs. Over time these accumulations interrupt the normal function of the organ and in advanced cases can cause organ failure.

Cardiac amyloidosis, which is commonly caused by aggregation of immunoglobulin light chain (AL) or transthyretin (TTR), is a main contributor of morbidity and mortality in patients with amyloidosis. TTR amyloidosis (ATTR) is a progressive, fatal disease in which deposition of amyloid derived from either mutant or wild-type TTR causes severe organ damage and dysfunction. Clinically, ATTR presents as: (i) a cardiomyopathy (ATTR-CM) which is an infiltrative, restrictive cardiomyopathy characterised by progressive left and right heart failure, or (ii) a peripheral polyneuropathy (ATTR-PN), a neurodegenerative disease affecting sensorimotor and autonomic functions.
<>

TTR is a transport protein secreted by the liver. It is found in the serum and the cerebrospinal fluid and named after its function in transporting thyroxine and retinol (vitamin A). TTR is coded for by the TTR gene, and a faulty copy of this gene can lead to misfolding of the TTR protein. This structural change leads to the protein aggregation and the creation of the amyloid fibrils. The build-up of these TTR amyloid fibrils in the heart leads to ATTR-CM. There is currently no cure for ATTR-CM. Alhamadsheh’s team (in collaboration with Stanford University) developed a small molecule, called AG10, that stabilises TTR against amyloidoisis. AG10 is currently being developed by as a therapeutic agent for ATTR-CM.

Therapeutic peptides
Peptides are essential for carrying out vital biological functions. A peptide is smaller than a protein – peptides are made of up to 50 amino acids (over 50 amino acids gives you a protein). It has long been known that peptides (e.g. insulin) have great utility in therapeutics. Some of their advantages include binding with high selectivity – making them effective and reliable. Many peptides are made inside the body, so the immune system does not attack them and there is little chance of rejection. They are easy to synthesise in the lab and, compared to large proteins, are capable of crossing the cell membrane, meaning they can deliver treatments straight into the cell.

One of the downfalls of peptides is that they have a poor pharmacokinetic profile – that means that do not circulate in the body for a long time. The half-life of a peptide is usually between two and 30 minutes, after which they are quickly filtered out by the kidneys. This means that any treatment they carry only has a very short time to reach the part of the body where it is required. To compensate for this short window of activity, peptide treatments are often administered in high and frequent doses. This obviously has an impact on the patient experience and increases the cost of treatment.
<>

A novel approach to increase the therapeutic potential of peptides
The in vivo half-life of holo-RBP (a protein that carries vitamin A in the blood) is around three hours. However, when holo-RBP is bound to TTR (our transport protein that we discussed previously), the in vivo half-life of holo-RBP is increased threefold. Inspired by this, Dr Alhamadsheh and his team have focused their efforts on an analogue of the TTR binder described above, AG10. The team repurposed this AG10 analogue and conjugated it to a number of peptides, which allows the peptides to be carried by TTR in blood. The binding to TTR is what provides potent and reliable stability for the peptides against degradation and clearance by the kidneys. By improving the half-life of these peptides, the effectiveness and its ability to be active in the body is also improved. By optimising the harnessing and protection provided by TTR for these peptide conjugates, the team aim to enhance the pharmacokinetic properties of therapeutic peptides.

As this technique involves a simple conjugation reaction, it is reliable, predictable, and reversible. There is hope that this ability to extend the life of peptides will have future applications as therapy for metabolic diseases and as well as in the imaging and treatment of tumours. The team envision that their findings will be able to help extend the in vivo half-life of other molecules including proteins, oligonucleotides, oligosaccharides and liposomes, and will also have applications in the development and delivery of imaging agents and other small molecule drugs.

The team aim to have a safe, effective treatment available to TTR cardiomyopathy patients in the near future

The future
AG10 is more effective in stabilising TTR in human serum than other molecules in clinical trials. AG10 passed a number of toxicity studies in animals and can be given orally. Clinical trials for this game-changing new molecule (AG10) has just started, focusing on patients with cardiomyopathy (ATTR-CM) a disease of the heart muscle. The trials will be run by Dr Alhamadsheh’s new company Eidos Therapeutics, which was established in 2016, along with co-founder Dr Isabella Graef. By starting a company that focuses purely on their new-found molecule, the Eidos team aim to have a safe, effective treatment available to patients in the near future. Alhamadsheh’s team is also using their newly developed technology to extend the in vivo half-life of a number of peptides.

What have been the most significant challenges you have faced in conducting this research so far?
<> In addition to TTR, there are more than 4,000 proteins in human serum. Finding a molecule that has high binding affinity and selectivity for TTR in serum was not an easy task. We started working on TTR in 2008 and we were the first group to perform a high-throughput screening (we screened the binding of 120,000 molecules) for TTR binders. The information and insights we gained from the best hits from the screen were used to develop AG10.

Your new technique has tremendous therapeutic potential. Could you talk us through its advantages?
<> Besides maintaining the potency of peptides, our strategy has several advantages over traditional half-life extension approaches. (i) Our approach involves a simple chemical conjugation of peptides, and the products are homogeneous and can be easily characterised and purified. (ii) Our peptide conjugates would be stable products that do not require refrigeration. This would decrease the cost of production and storage of peptide conjugates. (iii) Because of the smaller size of our peptide conjugates, we anticipate it to be able to penetrate solid tumours efficiently and they also would unlikely cause an immunogenic response.

Clinical trials for this game-changing new molecule (AG10) has just started, focusing on patients with cardiomyopathy

What other potential applications are there for AG10?
<> Treatment for TTR polyneuropathy and conjugating AG10 analogues to peptides to increases the half-life of peptides. We envision that our approach could potentially be applicable for enhancing in vivo half-life of proteins, oligonucleotides, oligosaccharides, liposomes, imaging agents and small molecule drugs. This should broaden the scope and utility of our approach.

Your research opens up new possibilities for creating peptides for many diseases and even imaging and diagnostic agents. What are the next steps for your research and for developing peptide therapeutics further?
<> Continue working on the half-life extension technology. We are interested in applying our technology to improve the half-life and lower toxicity of anticancer agents. This would allow less frequent dosing and better safety profiles for cancer patients which would decrease production cost and increase clinical success rate. 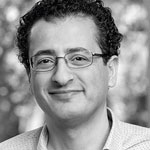 Dr Alhamadsheh is Professor of Pharmaceutical Chemistry at University of the Pacific. He received his BS in pharmacy from JUST in Jordan and his PhD in organic chemistry from University of Toledo. He completed his postdoctoral studies in chemical biology at Stanford University. He is co-founder of Eidos Therapeutics. 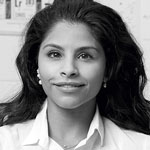 Dr Wabel Albusairi is Assistant Professor of Pharmaceutics at Kuwait University. She received her MPharm in pharmacy at the University of Manchester, UK, and PhD in drug targeting and delivery in Dr Alhamdsheh’s lab at University of the Pacific.

One thought on “Extending the half‑life of therapeutic peptides”