Health & Medicine
Hearing loss is one of the most common sensory impairments, affecting 250 million people worldwide. The causes of deafness, such as exposure to loud noise, are relatively well known, but exactly how they result in hearing loss remains unclear. Dr Jeffrey Savas, Assistant Professor of Neurology at Northwestern University, Feinberg School of Medicine, USA, heads up a lab dedicated to understanding neurological conditions, including deafness, at the molecular and genetic level. His current project focuses on the effects of loud noise upon protein molecules and synapses in the inner ear.

In a world dominated by verbal communication, deafness or even partial hearing loss can be debilitating. Hearing impairment is one of the most common sensory disabilities, affecting one in five adults in the US: four times as many people as MS, spinal cord injury, stroke, epilepsy, Parkinson’s and Huntington’s diseases combined.

Turn down the volume
The most common cause of hearing loss is exposure to excessively loud noise, a situation faced by millions of people daily in the course of their work. A key target, then, for deafness research is to determine exactly how noise causes hearing damage at the cellular and molecular level, and therefore how its effects can be minimised, treated, or even prevented.

The work of Dr Savas’s lab focuses on the role of the ‘proteome,’ the total complement of protein types found in any given cell or tissue, in a range of neurodevelopmental and neurodegenerative diseases such as Alzheimer’s, Huntington’s, and Parkinson’s, as well as hearing impairment. By identifying differences between the protein complement of healthy and diseased tissues, he aims to pinpoint potential protein targets that contribute to these conditions. Dr Savas describes this work as, “Searching for hidden proteomes that can guide us into previously underappreciated and largely uncharted areas of neuroscience.”

Critical mass
Dr Savas’s investigations centre on an analytical technique, mass spectrometry-based proteomics, which is becoming increasingly prevalent in bioscience research. The method can identify and quantify the individual molecules present in complex mixtures based on minute differences in their mass, and can simultaneously analyse thousands of molecules in just a few hours. Dr Savas calls this first step “generating a protein parts list”. Using mass spectrometry, he can identify the proteins present in a healthy inner ear, and then go on to study what happens to those proteins when hearing is impaired by exposure to high levels of noise.

His team’s research involves subjecting mice (which, being mammals, have inner ears analogous in basic structure to humans) to varying levels of noise, and then extracting their main hearing organ – a spiral, snail-shaped structure called the cochlea – to undergo mass spectrometry. This will determine which proteins in the cochlea change in concentration or structure after being subjected to damaging noise causing temporary or permanent hearing loss.

It is clear from the research so far that loud noise causes substantial changes to a surprisingly large number of cochlear proteins. Furthermore, of the thousands of proteins measured in the mouse cochlea, Dr Savas’s team identified a small number which changed significantly in abundance depending on the level of noise exposure. Interestingly, many more of these were found to increase in response to noise rather than decrease, and many of them were associated with structures known as proteasomes, collections of enzymes involved in breaking down proteins. This indicates that loud noise stimulates pathways within the cochlea which cause protein degradation. Key signalling proteins were also enhanced, some of them as noise progressed from temporarily- to permanently-damaging levels. All of these proteins provide potential targets for further investigation.

Splitting hairs
However, to decipher the causes of noise-induced hearing loss in detail, Dr Savas needs to know where the important proteins are localised within the cochlea, a complex organ comprising several different types of cells. He has now made progress towards isolating and purifying these cell types, in particular the tiny inner ear hair cells that actually perceive sound when it enters the cochlea, so that mass spectrometry can, for the first time ever, determine protein composition.

Although hundreds of proteins were more abundant in hair cells than in the rest of the ear, including some found only in the hair cells and nowhere else, many of these are at very low absolute concentrations, making them very difficult to isolate and characterise. Dr Savas’s lab are exploring different methods and designing a targeted mass spectrometry analysis protocol to accurately quantify such small numbers of molecules, many of which may be critical to both hearing and balance. Already, they have found a set of thirty, previously-undetected proteins linked to deafness and significantly enriched within cochlea hair cells – suggesting potential targets for genetic studies into deafness.

The lab’s current research focuses on determining how their newly-identified cochlear proteins are affected by moderate noise resulting in temporary hearing loss, a process which appears to be critically linked to changes occurring at the junctions, known as ‘synapses’, between hair cells and nerves. Two proteins in particular – Nrxn and Nlgn – have been identified as playing key roles in maintaining these synapses and regulating signals across them. Dr Savas now aims to explore the functions of Nrxn and Nlgn and how they may contribute to stabilising cochlear synapses to hopefully prevent hearing loss.

This is ground-breaking research and the inner ear proteome generated in the Savas lab – although the most comprehensive ever developed – remains incomplete. In a project funded by the US National Institutes of Health (NIH), Dr Savas will continue to explore the role of the proteins responsive to noise in the mouse ear, and to measure those found at very low abundances, ultimately generating a ‘protein expression atlas’ of the mammalian ear. Proteins do not, he says “function in isolation … we aim to identify groups of co-regulated proteins to accelerate our understanding of noise-induced hearing loss”.

Certain drugs are already known to protect against noise-induced hearing loss, and Dr Savas hopes to be able to compare the proteome of mouse ears treated or untreated with these drugs, to explore their mechanism of action. Working with clinical or industrial partners, this could lead to therapeutic strategies to protect inner ear hair cells and synapses. Dr Savas believes his first draft of the inner ear proteome is set to accelerate the whole field of research into hearing loss and, he says, “kick start the development of effective therapeutics to eventually treat and prevent noise-induced hearing loss”.

Could you briefly describe the structure of the inner ear and the importance of its different components in your work?
<>Sound enters the outer ear, is transmitted through the middle ear, and is converted to fluid pressure waves at the cochlear oval window. In the cochlea, pressure variations are distributed by frequency along the length of the basilar membrane. Vibration of this membrane stimulates the hair cells through shearing forces in their stereocilia that trigger neural signals that are transmitted to the auditory neurons across specialised synapses at their base. While hair cells, and spiral ganglion neurons are certainly central cellular players in the process of hearing, the cochlea contains many other cells that provide physical and chemical support.

You use mice as models for humans in your work. How can you tell what a mouse is hearing?
<>Good question. We use an approach called Auditory brainstem response (ABR). In ABR audiometry, we place a tiny microphone into the mouse’s ear, provide stimulating sounds at increasing intensities, and simultaneously measure the neuronal responses emanating from the cochlea all the way to the brain with a recording electrode.

Why did you choose to study the proteome rather than the genome? What can the proteome tell us that the genome cannot?
<>In some biomedical contexts such as those driven by gene mutations like cancer or autism, studying changes at the level of changes in the DNA sequence is essential. However, in the case of noise-induced hearing loss, caused by acute synaptic excitotoxicity, stress, and physical damage, studying changes in the actual cellular machinery is a much more relevant measure.

How could the results of your research be translated into actual treatments for, or protection against, hearing loss?
<>Recent data show that those synaptic contacts formed between inner ear hair cells and auditory nerve fibres are the most noise sensitive elements in the cochlea. Prolonged exposure to moderate levels of noise causes a dissociation of the pre- and post-synaptic membranes. We have identified those proteins that physically bridge these synapses and are actively working to identify molecules that can stabilise these interactions and prevent noise-induced synapse loss. 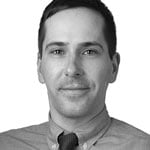 Jeffrey Savas received a Bachelor of Science in Biochemistry and Molecular Biology at the University of California, Santa Cruz and his PhD from New York University School of Medicine. He completed his postdoctoral training at The Scripps Research Institute in La Jolla. The Savas Lab opened at Northwestern University in February of 2015.

Dr Savas’ work focuses on noise-induced hearing loss and the effect that noise has on cochlear synaptic proteins. He is particularly interested in translating his results into treatment or prevention methods.