Permafrost is found across the Arctic and Antarctic – perennially frozen landscapes that can harbour microscopic life. Researchers Dr Tatiana Vishnivetskaya from the University of Tennessee, Knoxville, and Dr Elizaveta Rivkina from the Institute of Physicochemical and Biological Problems in Soil Science, Pushchino, have collected permafrost sediment samples from polar regions to study the photosynthetic microorganisms within. The results of metagenome sequencing reveal surprisingly high microbial diversity in permafrost, but more importantly cultivation studies have shown that, as permafrost thaws, microorganisms frozen for thousands of years are able to revive their metabolic activity and re-join the modern microbial community.

Permafrost – ground that remains permanently frozen for two or more years – covers approximately 24% of Earth’s land surface. This unique environment is found across the Arctic and Antarctic, where average annual temperatures remain below 0°C. The cold, arid climate of these polar regions promotes persistent permafrost beneath an active soil layer, known as cryosol.

Sub-zero temperatures, negligible water, inaccessible nutrients and no sunlight make permafrost a seemingly inhospitable place for photosynthetic microorganisms (organisms that use sunlight to produce their own food). Yet, Dr Tatiana Vishnivetskaya, from the University of Tennessee Knoxville, and Dr Elizaveta Rivkina, from the Institute of Physicochemical and Biological Problems in Soil Science, Pushchino, have devised methods to investigate permafrost’s microbial communities, helping to further understanding of their biogeochemical (biological, geological and chemical) processes and the role these tiny organisms play on the grand stage of greenhouse gas fluxes.

Despite harsh environmental conditions, the Arctic’s surface soil layers are a rich ecosystem, supporting 2,218 species of vascular plants (those that contain pathways for water and mineral transport), 900 liverwort and moss species and 4,000 species of algae. Large microbial mats occur in Arctic tundra surface soils and aquatic environments, alongside Antarctic polar desert soils, packed with Chlorella and Stichococcus (microalgae genera). Their presence indicates resistance to stressful environments and provides a glimmer of hope that photosynthetic microorganisms such as microalgae and cyanobacteria might be present in Arctic permafrost where species diversity was, until now, largely unknown.

Studying permafrost microorganisms
The researchers worked on permafrost samples collected using a rotary drill from the Kolyma–Indigirka region, Siberia, transporting cores of frozen ground in sterile aluminium containers at -20°C for analysis at the Soil Cryology Laboratory, Russia, and the University of Tennessee Knoxville.

To study the photosynthetic microorganisms present, 1–2g permafrost samples were placed in Petri dishes to allow microorganism growth over a three-month incubation period. The presence of green films revealed algal growth, while fluorescent properties distinguished communities of cyanobacteria and green algae. Previous studies had discovered that archaea, fungi, bacteria, protozoa and microscopic animals survive inside permafrost, so Vishnivetskaya and Rivkina were confident they would uncover the species diversity of photosynthetic microorganisms within Arctic permafrost.

Metagenomes reveal community composition
Using state-of-the-art shotgun metagenome sequencing (sampling all genes of all organisms present in a sample), Vishnivetskaya, Rivkina and their teams were able to use specific primers (molecules) to amplify the DNA present in their permafrost samples. From the metagenomes collected, they can determine photosynthetic microorganism abundance and diversity in Arctic permafrost.

Cyanobacteria accounted for 0.25–3.03% of total genomes sequenced, whilst Streptophyta (algae and vascular plants) represented 0.01–0.45%, and Chlorophyta (green algae) just 0.01–0.1%. More specifically, Oscillatoria (cyanobacteria) and Chlorella (green algae) were found to dominate the photosynthetic microorganisms isolated. While similar methods were applied to Antarctic permafrost, genomic data was much harder to obtain and only a few environmental clones of cyanobacteria were found.

Surviving the permafrost
Microalgae and cyanobacteria have in-built characteristics to protect themselves during adverse environmental conditions. Some produce ice-binding proteins that guard against freezing temperatures, while others create resting cells, conserving precious energy during times of stress. Other cyanobacteria have developed ‘dark respiration’ – releasing energy from glucose in cells – in the absence of light, while nitrogen-fixing species can adapt the process of photosynthetic pigment production required for energy conversion.

Vishnivetskaya and Rivkina tested how well microorganisms isolated from Arctic permafrost could survive hostile conditions, cryopreserving (freezing and storing) them for 13 years. After thawing, an astonishing 50–90% of cyanobacteria and microalgae were viable, possessing healthy living cells, indicating they can survive sub-zero temperatures through their unique adaptations. Therefore, photosynthetic microorganisms may survive Arctic freeze–thaw cycles and long-term freezing for thousands to millions of years.

Microorganisms in a warming world
Incubation of permafrost samples from the Kolyma–Indigirka region revealed cyanobacteria and green algae to be particularly successful when cultivated in a laboratory at warm temperatures, with green algae growing notably between 4°C and 27°C. This suggests cyanobacteria and green algae are not only able to survive sub-zero temperatures (both natural and through cryopreservation), but also resume their metabolic processes as permafrost thaws and environmental conditions become more favourable for photosynthetic microorganisms.

The survival of microorganisms trapped in permafrost for geologically long periods lends hope to discovering life on extra-terrestrial, frozen planets.

Clearly, cyanobacteria and green algae are present in Arctic permafrost and microbial communities can be revived after prolonged incubation under low light intensity, but what do these findings mean in the grand scheme of thawing permafrost as the climate warms? 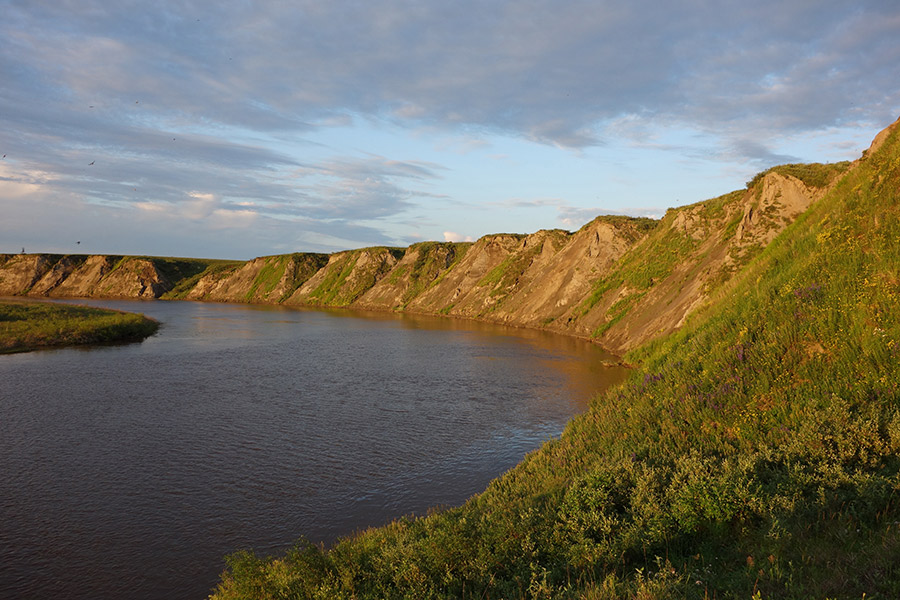 If ‘ancient’ microbial populations can thrive alongside modern counterparts, this could have significant implications for greenhouse gas emissions. As microorganisms contribute to both the formation and decomposition of organic matter within the surface active layer and thawed permafrost sediments, the resultant products of these complex reactions are greenhouses gases such as water vapour, carbon dioxide, and nitrous oxide and methane – notably more potent greenhouse gases than carbon dioxide. Conversely, photosynthetic microorganisms also help draw carbon dioxide out of the atmosphere to use in their metabolic processes. It is clearly a complex balancing act that these tiny organisms play on our planet.

The future of microorganisms
Photosynthetic microorganisms survive geologically long periods at sub-zero temperatures and produce viable communities when permafrost thaws. Though light limitations mean cyanobacteria and green algae are unlikely to be first to grow following sediment collapse as permafrost thaws, they are important parts of the microbial community that thrive following light exposure. As primary producers of organic matter, long-term microbial communities provide a beneficial boost to the entire ecosystem, promoting Arctic vegetation growth and supporting larger Arctic food webs. Looking to the future, knowing microorganisms can survive in permafrost lends hope to the potential discovery of life on extra-terrestrial frozen planets.

Are greenhouse gases produced by re-assembled microbial communities in thawing permafrost a serious threat to the environment? 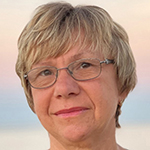 Dr Tatiana A Vishnivetskaya is a Research Assistant Professor at the Center for Environmental Biotechnology, University of Tennessee Knoxville. Her professional career started with a PhD on the topic of diversity and survivability of microorganisms in the permafrost of the Siberian Arctic. Her research interests include uncovering biodiversity of extreme environments through next-generation sequencing and omics approaches. 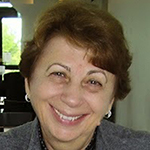 Dr Elizaveta M Rivkina is a senior scientist at the Soil Cryology Laboratory, Institute of Physicochemical and Biological Problems in Soil Science, Russian Academy of Sciences, Pushchino. Her main research interests are concentrated on biogeochemical processes in Arctic and Antarctic permafrost, the role of permafrost microorganisms in the transformation of organic matter and production of greenhouse gases.

Studying the biogeochemical processes and metabolic capabilities of microbial communities in permafrost.