Biology
Plants possess the fascinating ability to control their body temperature. This physiological process is fundamental for the growth, reproduction, and survival of numerous species of plants. In the face of climate change, as temperatures increase and rainfall patterns become more variable, understanding the capability of plants to adapt to changing conditions is becoming critical. Prof Peter Kevan and colleagues at the School of Environmental Sciences, University of Guelph explore the strategies behind plant thermoregulation by incorporating different areas of study, especially micrometeorology, thermodynamics and anatomy, to comprehend the effects of weather, sunshine and temperature in plant adaptations.

Today, global warming and anthropogenic climate change represent the greatest challenges for humanity. While the Earth has witnessed many natural climate variations that have impacted the planet’s biodiversity and evolution throughout its history, today’s climate alterations, a result of human activities, are occurring ten times faster than any other change ever recorded.

Human activities have a profound effect on the natural world, impacting the growth, reproduction, survival, and abundance of plants and animals. By the end of the century, the intensification of emissions of CO2 and other greenhouse gases is expected to increase the global mean temperature, an extremely concerning issue that will result in unfavourable yet still unknown effects to the planet’s biodiversity.

Terrestrial life, particularly plants, are one of the groups of organisms that will be severely affected by future climatic variations as their growth, reproduction, and productivity highly depend on environmental factors, especially temperature, sunshine and water availability. Rainfall and temperature are, in turn, strongly influenced by the availability of vegetation. However, this is a never-ending cycle of intertwined events, as an increase or reduction of rainfall frequency and changes in temperature, as a consequence of anthropogenic climate change, will unquestionably alter the availability of water in plants, influencing their physiological processes and responses to the environment.

Plants have developed sophisticated strategic adaptations to improve their productivity
and survival rate during climate variations.

Plants play a critical role in the maintenance and stability of all ecosystems, from the tropical to the tundra biomes. As 20% of our planet is covered by plants, this essential group of organisms influences both local and global climate. For this reason, their ability to properly respond to environmental fluctuations and adapt to a changing climate is fundamental for all biological systems. Understanding plants’ capabilities to adapt and respond to these fluctuating conditions is crucial for the creation and development of better conservation strategies that will help society to face the challenges that climate change will bring.

Adapting to a changing climate
Plants have developed sophisticated strategic adaptations to improve their productivity and survival during climate variations. One of these adaptations is their impressive, yet largely underappreciated ability to regulate their body temperature, a process known as thermoregulation, which is achieved through anatomical and physiological mechanisms that take place in their leaves, stems, flowers, and fruits.

Thermoregulation is crucial for plants’ survival as it plays a fundamental role in their general growth and the development of embryos, floral scent, seed viability, amongst other known and still unknown factors. However, their ability to successfully survive in the face of climate change is a matter of growing concern since any alteration to the complex processes of growth, maturation, reproduction and survival could result in the unfortunate decline of plant populations.

Dr Peter G. Kevan, University Professor Emeritus at the School of Environmental Sciences of the University of Guelph, and colleagues have focused their research efforts on understanding the mechanisms that lie behind plant thermoregulation through the incorporation of novel and different approaches: especially the analysis of a plant’s micrometeorology as a fundamental determinant of plant growth, reproduction, and survival.

Micrometeorological factors range from air temperature and humidity to the concentration of CO2 and air currents within a plant. However, this exciting area that incorporates the study of plant structures and their interaction with the environment has been overlooked in numerous plant adaptation studies, leading to a lack of understanding of the capability of our terrestrial vegetation to properly respond to changes in temperature.

How to stay warm in a cold world?
The capability of a plant to appropriately respond to temperature is directly linked to the species, its habitat, and the microclimate it occupies. While plants seem to lack movement in comparison to animals, they, in fact, use a wide range of remarkable strategies to regulate their temperature. Some species, for instance, use heliotropism and/or paraheliotropism, processes that involves the adjustment of leaf orientation in response to sunlight to facilitate the interception of light for photosynthesis, or, conversely, to reduce the excessive light absorption and thus, heating stress.

How plants thermoregulate is a
fascinating yet understudied area of science.

On the other hand, In arctic and subarctic biomes, plants enhance their chances of reproducing by increasing their body temperature. The array of adaptations reflects the astonishing plasticity of plants. Depending on the species, they apply different strategies: some plants use diaheliotropism, a strategy by which, contrary to paraheliotropism, plants orient their organs towards the sun to increase solar radiation, while others employ microgreenhouse mechanisms to trap solar radiation and become heated. Furthermore, plants display a diversity of anatomical features that may improve their capability to maintain an optimal temperature, such as bowl-shaped flowers and distinctive colourations.

Through an extensive review, an international research team defined the different adaptations that flowering plants exhibit to become warmer than the ambient temperatures in various environments, including rough, cold, northern habitats. In addition, they implemented a biophysical model to assess microgreenhouse effects for the accumulation of solar radiant heat in the hollow stems of herbaceous plants found around Magadan in far eastern Russia, a shaped by mountainous landscapes and a high diversity of plants species adapted to the subarctic climate and compared them to plants from previous studies carried out in Canada and the United Kingdom.

According to Prof Kevan and his research team, northern regions comprise a high number of plant species characterised by the presence of hollow stems, in fact, the highest prevalence in comparison to any other place in the planet. This feature plays a critical role underlining plant thermoregulation. By analysing four species of herbaceous plants – oats, dandelion, thistle, and sneezewort – they revealed that the temperatures within the stems of all species differ by several degrees from the ambient air temperature, a concept known as temperature excess, which is also unique to each species. They suggest the differences between plants are related to plant anatomy, growth, the site and other characteristics of the plants.

Multidisciplinary studies to comprehend plant plasticity
The research teams’ pioneering multidisciplinary approach highlights the importance of understanding how plant structures and features, such as stem and fruit hollowness and the shape and colour of flowers, play important roles in the accumulation of heat that increases the chances of reproduction, dispersal, and survival.

The size and shape of flowers influence their ability to capture heat which, in conjunction with microgreenhouse effects, contribute to the regulation of body temperature; while flower colouration influences the absorption of radiant energy. Those processes, however, are not limited to physiological and biophysical processes among plant species. Surprisingly, they also influence the presence, behaviour, and survival of other organisms, such as pollinators, as elevated temperatures elevate their nutritional reward. This interaction plays a critical role in the dispersal, abundance and dispersal of numerous species of plants.

How plants thermoregulate is a fascinating, yet understudied, area of science. Prof Kevan highlights that numerous species of flowering and hollow-stem plants haven’t yet been explored, providing an exciting opportunity to explore these fundamental group of organisms and their interaction with abiotic and biotic elements.

The team’s work emphasises the need to incorporate different areas of study, such as micrometeorology, biophysics, and thermodynamics, into plant ecology to understand how plants will adapt to an unstable future. That interdisciplinary suite opens doors to novel studies that may also unite researchers from different fields who are currently fighting for the same goal: mitigating the impacts of climate change.

As human activities continue to increase, so does the frequency of climatic variations. Therefore, comprehending the plasticity and capability of plants to reduce or increase their body temperature will be crucial to develop conservation strategies to maintain the stability of the world’s climate.

As temperatures increase, plants become more vulnerable, which could lead to thermoregulation impairment or inefficiency. If this happens, which biomes would be the most affected?

<> The greatest effect will likely be on northern arctic and subarctic biomes. The climate is warming most rapidly there, spring is coming earlier and earlier. Some of the thermoregulatory responses of plants would accelerate the advance of plant development, maturation, and reproduction. This scenario applies to alpine and subalpine biomes as well. Already there are documented mismatches between the times of flowering and the emergence and activities of pollinators. 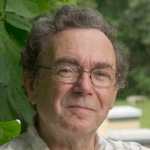 Peter G. Kevan was Scientific Director of the Canadian Pollination Initiative Strategic Network and is University Professor Emeritus at the School of Environmental Sciences, University of Guelph. He has published over 250 peer-reviewed papers, book chapters, encyclopaedia entries and many popular articles. He is a Fellow of the Royal Society of Canada. 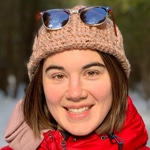 Charlotte Coates graduated with distinction from the University of Guelph, College of Engineering and Physical Sciences with a major in Physical Sciences. She is continuing her research on micrometeorology and plant temperature regulation with Prof Kevan as a Master’s student. 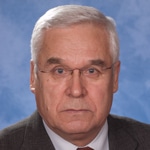 Evgeniy A. Tikhmenev is a senior botanist at Institute of the Biological Problems of the North, Far-Eastern Branch of the Russian Academy of Sciences, Magadan, Russia. 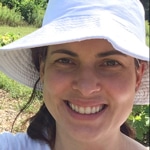 Dr Patrícia Nunes-Silva obtained her PhD from the University of São Paulo in 2011 before becoming a postdoctoral fellow at PUCRS. She worked at the Vale Technological Institute in 2017. She is currently a post-doctoral fellow at the Biology Graduate Program of UNISINOS.