Health & Medicine
Itch, fatigue, anxiety, abdominal pain. These are just some of the symptoms faced by primary biliary cholangitis (PBC) patients. The chronic autoimmune disease sees white blood cells attack bile ducts in the liver, causing bile overflow, cell damage and potentially scarring and liver failure. Although it can be successfully managed, some symptoms can linger, hampering patients’ health-related quality of life (HrQoL). While PBC’s HrQoL-limiting effects have been studied in Europe and North America, they had not been analysed in Japan, where ethnic, cultural, geographical and social differences could influence symptoms and their severity. Fortunately, Teikyo University School of Medicine researcher Professor Atsushi Tanaka and his team are trying to close the knowledge gap to help improve Japanese patients’ HrQoL.

Over 37,000 people in Japan are estimated to have primary biliary cholangitis (PBC). Thought to be triggered by genetic and environmental factors, such as recurring urinary tract infections with E. coli, or nail polish and hair dye use, the autoimmune disease sees rogue white blood cells attack bile ducts in the liver, resulting in bile overflow and liver cell damage. Scarring and liver failure can also occur if standard treatments aren’t able to completely check the assault from the immune system, potentially resulting in toxic bile. Luckily, the globally approved treatment ursodeoxycholic acid (UDCA) has proven highly effective in up to 70% of patients, protecting the bile ducts and prolonging transplant-free survival. But while this treatment can mitigate PBC’s impact on the liver, patients can still face symptoms such as itching, fatigue, anxiety, dryness of mouth and abdominal pain, among other physical, social, emotional and cognitive impacts. These can disrupt sleep and impair health-related quality of life (HrQoL). Teikyo University School of Medicine researcher Professor Atsushi Tanaka and his team believe improving symptoms and HrQoL should be considered “an important clinical outcome of the treatment”. Effectively measuring these improvements, however, requires an understanding of PBC’s specific presentation in Japan, as ethnic, cultural, geographical and social differences across countries and regions can “critically influence symptoms and HrQoL”. Consequently, Prof Tanaka and his team have been working to get a clearer picture of PBC’s causes and key players, as well as Japan-specific symptoms and HrQoL burden.

Keys to PBC
For a disease that was first described in 1857, very little is known about PBC’s exact causes. Yet, recent advances in immunology, genetics, epigenetics and molecular biology have helped shed some light on PBC’s triggers, biomarkers and disease mechanisms. Of all finds, antimitochondrial antibodies (AMAs) were possibly one of the greatest. Where PBC was traditionally diagnosed at later and more severe stages, researchers and pathologists can now diagnose the disease, or potentially discover a patient’s risk of developing it, earlier by identifying AMAs in a blood test. These human-made antibodies target mitochondria which perform a specific function within our cells. More specifically, AMAs target one of its proteins and almost exclusively appear during PBC. It turns out that dying cells in the liver’s bile duct lining expose mitochondrial proteins which bind AMAs and spark an immune response. As white blood cells wage war on these proteins and the liver’s bile duct lining, more mitochondrial proteins are released, causing the conflict – and the disease – to escalate.

Over 37,000 people in Japan are estimated to have primary biliary cholangitis.

While genetics and epigenetics play significant roles in PBC development, environmental factors – such as repeated E. coli infections and frequent hair dye, nail polish, other cosmetic and chewing gum use – can help trigger the disease. According to Prof Tanaka and his team, E. coli and these mostly harmless substances contain molecules that can elicit an immune response. They also resemble molecules found in mitochondria. The result: AMAs and likely PBC.

PBC in Japan
Although PBC presentation and its impacts on HrQoL had been studied in Europe and North America, researchers had yet to define the disease’s symptoms in and effects on people in Japan. Indeed, background differences can significantly change the way patients experience a disease. This prevents researchers and clinicians from applying internationally obtained insights and optimising patient care. To resolve this, Tanaka and his team surveyed 496 PBC patients across Japan, exploring their symptoms and severity. By translating standardised and previously validated self-reporting questionnaires, the researchers weren’t only able to glimpse PBC’s burden in Japan but also compare it to previously studied countries.

According to the researchers, physicians considered 88% of respondents asymptomatic due to a lack of jaundice or abdominal swelling, despite reporting itch, fatigue and cognitive, social and emotional impairments. In fact, almost a third of the patients said itching “moderately” to “severely” reduced their HrQoL, while 42% said the same of fatigue and a quarter expressed high social and cognitive deterioration. Most concerning, however, was the disease’s emotional strain, which was felt by over half of the respondents. This was similar to UK studies which showed fatigue to be the biggest burden on patients, followed by emotional, social and cognitive impairments, with itch being the least bothersome issue.

Nonetheless, sex and age at diagnosis appeared to be associated with fatigue, with females and those diagnosed at a younger age more likely to experience the symptom in both studies, while a longer follow-up period was associated with itch. Conversely, the frequently used treatment, ursodeoxycholic acid (UDCA), did not seem to quell the symptoms’ severity.

The results led the researchers to believe PBC symptoms are “primarily determined by the disease itself, despite ethnic, cultural and social differences”, even though these factors appeared to affect the symptoms’ strength.

That said and with drugs like UDCA extending life expectancy, Tanaka and his team are urging clinicians to “intensively ask patients with PBC whether they experience any symptoms or impairment of HrQoL, even if they appeared ‘asymptomatic’” and find ways to improve their quality of life.

Alternative treatments
UDCA has proven “completely” effective in treating PBC in most patients, protecting liver bile ducts and helping patients reach life expectancies comparable to the general population. But it doesn’t treat PBC-associated symptoms, and in some cases, this principally safe drug can cause abdominal fullness, diarrhoea and constipation. Further, 30% of patients show “incomplete” responses to the drug, resulting in poor prognoses. Now, researchers are looking to other drugs to enhance patient outcomes.

To date, fibrates have shown the most promise. Bezafibrate has demonstrated high effectiveness even in UDCA-resistant patients, delivering comparable prognoses to successfully UDCA-treated patients and “significantly better outcomes” than those without good responses to the drugs. It’s even useful for treating PBC-induced itch. Moreover, combining the drugs has “significantly improved” liver transplant-free survival in PBC patients, particularly those with early-stage disease. Despite its success, Japan has yet to approve bezafibrate for daily clinical use.

Meanwhile, bile-transport inhibitors and nalfurafine have successfully reduced itch in PBC patients, and the latter is already approved for treating the condition in Japan-dwelling patients with chronic liver diseases.

Although these new drugs have not shown effectiveness in treating other PBC symptoms and impacts, alleviating itch could be one of the first steps to boosting HrQoL, and hopefully, more treatments targeting other effects will follow suit.

Not as easy as its name
‘PBC’ might be easy to say in its abbreviated form, but unlocking the disease hasn’t been so simple. Until recently, clinicians were unable to diagnose the disease before patients suffered scarring and liver failure. Fortunately, the work of researchers such as Tanaka and his team have helped shed light on the disease, allowing for earlier diagnosis, better prognoses and a focus-shift from treating the illness to its resulting symptoms. Their focus on Japan not only advanced global understanding of PBC but could also support clinicians in raising patients’ HrQoL.

What do you see as the best-case scenario for or future direction of PBC treatment? Is there likely to be a way to manage symptoms without giving patients multiple drugs?

<> With life-long treatments such as UDCA and other drugs we can now control PBC and also manage its symptoms to an extent. That being said, we are still far away from our goal to truly cure PBC. The best scenario for future PBC treatment would be to treat the patient for a limited period of time in order to stop the progression of the illness. Then, symptoms such as fatigue or itch will disappear as well. To achieve this goal, we need to learn more about the origin of PBC. 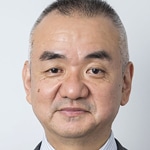 Professor Tanaka evaluates health-related quality of life in Japanese patients with primary biliary cholangitis in order to improve this measure of treatment outcome.

The Ministry of Health, Labour, and Welfare of Japan