Natural capital – assets derived from the natural world – forms the basis of national economic systems. When natural capital is depleted without reinvestment, there is a net reduction in national wealth, resilience, and living standards. This issue blights the Global South. Professor Mitsuru Osaki of Hokkaido University, Japan, a COP26 symposium leader, studies natural-capital-based societies in the tropics. Natural-capital-based societies aim to be carbon negative. With forests critical to water–carbon interrelation, forestation is key to this endeavour. Osaki promotes the concept of ‘land-surface management’ and suggests the adoption of three culture systems: AeroHydro, Zero tillage, and HydroCycle.

Five types of capital – financial, produced, human, social, and natural – are essential for sustainable economic development. Among them, natural capital represents assets derived from the natural world (eg, forests, minerals, agricultural land). Natural capital varies over time but generally forms the basis of national economic systems. Poorly managed natural capital is both an ecological liability, leading to biodiversity loss and ecosystem degradation, and a socio-economic one. Proceeds from natural capital are invested in other assets; however, when natural capital is depleted without subsequent investment in human capital (eg, health, education) and/or produced capital (eg, infrastructure), there is a net reduction in national wealth, resilience, and living standards. This issue blights countries of the Global South, but is mostly inconsequential for high-income countries.

For 1.2 billion people, or 30% of the population across tropical countries, nature is a direct source of food, clean water, and energy through subsistence uses. However, high direct dependency on nature makes people particularly sensitive to changes in climate, land cover, and land tenure. Ultimately, this can make it difficult for human communities to sustain themselves, leading to starvation, conflict, and population displacement.

At Hokkaido University in Japan, Professor Mitsuru Osaki is investigating the role of natural capital for societies within the tropics. With support from the JICA-JST SATREPS project, this work shows that in places where people depend on nature for their basic needs, nature-based strategies that protect, restore, or sustainably manage ecosystems must be carefully designed to promote inclusive human development alongside environmental benefits.

Natural-capital-based societies and forest energy
Natural-capital-based societies go a step beyond ‘sustainable development’; the latter calls for development that is carbon neutral, while the former aims to be carbon negative (ie, carbon is removed from the atmosphere). Osaki refers to these communities as ‘harvesting sun societies’, in which there is a strong focus on energy cycling. Biomass energy (ie, renewable energy from burning and gasifying organic materials) is critical to this endeavour and, as such, much of the focus is on forests and forestation.

Forests, which are rich in natural capital, derive their energy from the sun, making them natural ‘solar panels’. However, while man-made solar panels have a single function – energy production – forest energy flows drive multiple functions, including carbon sequestration, commercially valuable materials, environmental conservation (eg, water stock, soil erosion protection, biodiversity), and energy production (ie, biomass). Moreover, man-made solar panels can be detrimental to the environment and can actually accelerate the destruction of natural capital (eg, clearing land for their installation, extraction of natural resources for their construction, waste disposal at the end of their life, etc.).

Natural-capital-based societies in the tropics
A key part of the water cycle is latent heat input from the ground to the atmosphere through cloud precipitation, connecting the land and oceans through the atmosphere. The cloud precipitation cycle peaks along the equator. Tropical ecosystems involve high water and carbon cycling, ensuring high water and carbon stocks and strong water–carbon interrelation. When the water–carbon relationship becomes unbalanced, ecosystems degrade rapidly. Forests take on the mantle of controlling water and carbon cycling. Thus, forest destruction and degradation in the tropics is causing serious vulnerability.

Forests, which are rich in natural capital, derive their energy from the sun, making them natural ‘solar panels’.

Owing to the high rates of precipitation, annual terrestrial gross primary production (GPP) – meaning the amount of carbon that can be fixed by vegetation through photosynthesis – is highest in the tropical zone, accounting for 60% of terrestrial GPP. These wet ecosystems are critical for global climate health. Among them, tropical peatlands, one of the world’s unique ecosystems, are characterised by four key elements: (1) very high water circulation through evaporation, precipitation, evapotranspiration, and river flow; (2) high biodiversity; 3) high carbon sequestration; and (4) connection with global climate via water and carbon cycling. However, peatland is also one of the most sensitive ecosystems to environmental and climate change. Natural capital-based societies can help to ensure sustainable natural resource management for enhancing forest function in tropical ecosystems (e.g., peatlands). To this end, Osaki promotes the concept of ‘land-surface management’.

Land-surface management
Osaki points to Japan as a good example of long-term land-surface management. Over the last 10,000 years, highly fertile andosols (black soils) have formed by accretion of charcoal via the slash-and-burn practices of the Jomon people. This has given rise to a system of natural capital-based land management known as Satoyama, in which ‘sato’ denotes a village (i.e., human area) and ‘yama’ a mountain (i.e., natural area). The Satoyama system is a centuries-old small-scale coexistence model of agriculture and forest management that embodies two of the critical prerequisites for land-surface management: (1) symbiosis and coexistence between humans and the natural world, and (2) material recycling to ensure a sustainable supply of natural capital. In Satoyama zones, mix-cropping and agroforestry are employed, including an array of plants and crops from vegetables and fruits, to charcoal trees, to economic plants (coffee, cacao, etc.), to non-timber forest products (Rattan, honey). In addition, animal husbandry and fishing are employed. Importantly, the sustainability of the Satoyama model relies on its economic value and ability to sustain local peoples’ livelihoods.

To promote land-surface management to new communities, Osaki proposes the development of three culture systems: 1) AeroHydro culture, 2) Zero (Z)-tillage culture, and 3) HydroCycle culture. AeroHydro culture is an innovative system developed in tropical peatland areas that mimics native peatland ecosystems. Low oxygen in water is directly related to the low nutrient content of peat. To address this issue, natural peatlands have both aerial roots (to increase oxygen absorption and N2 fixation) and lateral roots that accumulate litter from which nutrients can be extracted. Under AeroHydro culture, plants are cultivated at high groundwater levels with nutritional and oxygen supplements applied to the peatland surface via natural organic matter, microorganisms, and matrix materials. In pristine tropical peatland forests, growth using AeroHydro culture is higher than that of trees grown in mineral soils.

Z-tillage culture is the practice of avoiding all tillage of the soil; that is, seeds are sown without disturbing or pre-preparing the soil. In this practice, mulch from previous crops sits atop the soil, protecting it from erosion, compaction, and evaporation. Z-tillage is widely practised around the world and is known to improve soil health at macro- and microscopic scales; however, there remains a lack of systematic study over its use, in part because many practitioners also use herbicides, insecticides, and chemical fertilisers.

The Satoyama system is a centuries-old small-scale coexistence model of agriculture and forest management.

Applying these land-surface management techniques to devastated land or ruined areas helps vegetation or forests to recover step by step. In turn, this increases biomass production resulting in biomass-derived energy and biochar for carbon sequestration and soil quality improvement. When appropriate land-surface management techniques are applied to arable land, agricultural production increases 1.5 to twofold, which ultimately leads to a reduction in energy consumption on cultivation and reduced use of herbicides, insecticides, and chemical fertilisers. Thus, land-surface management ensures energy and food self-sufficiency, especially in tropics.

Affecting lasting change
Humanity is facing a threat to the continuation of life as we know it – anthropogenic climate change. Osaki’s work is at the forefront of identifying practical solutions that will allow communities to not only survive but to thrive and contribute to a carbon-negative world. To that end, Osaki and his collaborators organised two symposiums at the recent COP26 climate summit in Glasgow, with a focus on the eco-management of tropical peatlands.

Recent COP summits have focused on the industrial reduction of fossil fuel usage and introduction of renewable energy technologies (e.g., solar power); that is, the aim has been an ‘Industrial Technology-based Solution’ (ITbS). ITbS, which can be seen as a form of ‘green colonialism’, is strongly supported by affluent counties of the Global North. However, it is not always practical for countries of the Global South, many of them in the tropics, owing to economic and practical constraints (e.g., high cost of new technologies, lack of necessary skills) and the need to conserve and rehabilitate the forests under their stewardship.

As a part of the UN mission, countries are required to report Nationally Determined Contributions (NDCs), that is, their efforts to reduce national emissions and adapt to climate change impacts. At COP26, much press attention was focused on the lack of agreement with regards to NDCs and ITbS. However, the progress made among developing countries regarding ‘Nature-based Solutions’ (NbS) was significant, with many tropical nations of the Global South submitting NbS within their NDCs. Overall, 92% of NDCs involved NbS, including those focused on mitigation, adaptation, or a mixture of both. Osaki wants to build on this progress and encourage the use of NbS in the tropics; in particular, he suggests that communities should focus on the multi-functional role of forests in increasing natural capital. 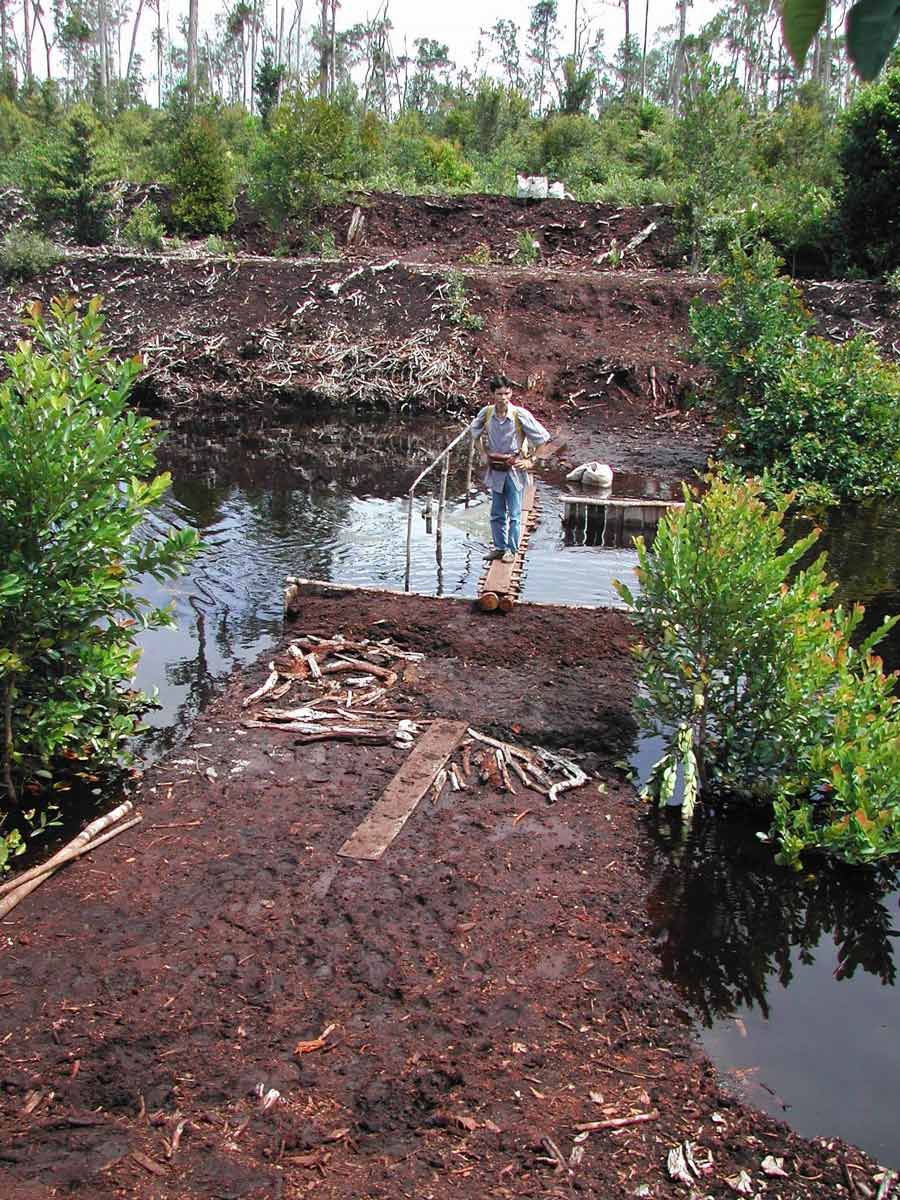 You note that existing land-surface management schemes (eg, Satoyama) are based on small, local models. In your view, if adopted by enough communities, are such approaches sufficient to address global climate change or do they need to be combined with larger-scale approaches (including ITbS)?

In small, local-scale models, the basic economy should be self-sufficient with food and energy and keep low ecological footprint values. However, small / local-scale models are not a closed system. As energy costs are increasing year by year, large-scale farming such as seen in the US and Brazil should also be declining year by year. Then, food/feed production must be self-sufficient. Energy itself must depend on Natural Capital (NbS) as much as possible, with ITbS as an exception. 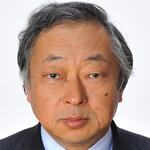 Osaki has carried out many collaborative research and teaching projects on tropical land management and rehabilitation of tropical peatland forests. He was Project Leader of the JST-JICA project on Wild Fire and Carbon Management in Peat-Forest in Indonesia from 2008 to 2014. This collaborative research project between Japan and Indonesia resulted in concrete policy recommendations for the Indonesian government, inventory manuals and reports, and the first book of tropical peatland, entitled Tropical Peatland Ecosystems, published by Springer (2016).

Professor Osaki and his team study traditional farming methods in the tropics.